[VIDEO] Kevin Lee’s Brother Spars with Joseph Benavidez ahead of his BRAVE 14 debut. 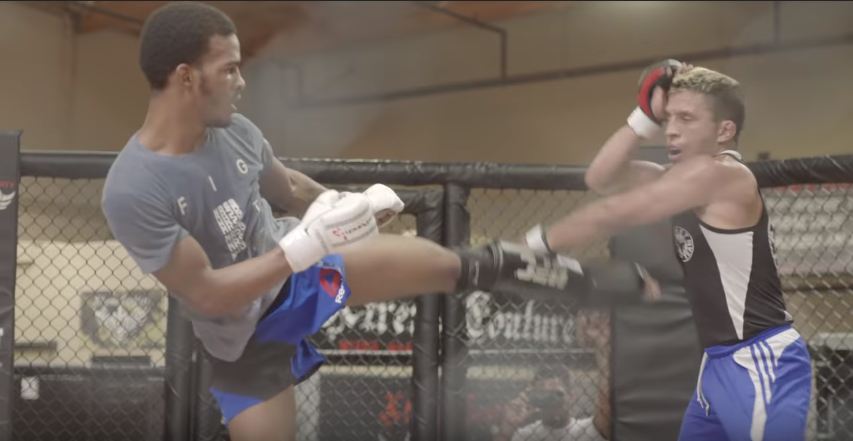 A video has emerged online, where UFC superstar Kevin Lee coaches his brother Keith Lee in a sparring session with Joseph Benavidez. The video uploaded by ‘Anatomy of a fighter’ shows Kevin Lee and Joseph Benavidez as they prepare Kevin’s little brother Keith for his promotional debut at Brave14 in Morocco against Jeremy Pacatiw.

In the video, Keith says that he spars with fighters above his skill and experience level on a daily basis and get beat up from them, he added that he never feels bad about it, and take it as a learning experience instead. His brother Kevin feels the same and says that patience and composure are what young fighter like Keith needs in the game, and they get it by matching up with veterans like Benavidez.

Keith has a fight record of (3-2) and will bring all-round expertise backed by a strong wrestling background. Pacatiw had also demonstrated strong wrestling skills in the past against veteran fighters including Hamza Kooheji, Chaitanya Gavali, and Thiago Dela Coleta.

Brave 14 to feature the brother of UFC sensation Kevin Lee.

UFC: Joseph Benavidez is not happy with how UFC is handling the Flyweight division