Russia has been one of the premier centres in the list of places where UFC aims to expand its base. However, in the run up to UFC on ESPN+ 7, the frontrunner of Russian MMA, Khabib Nurmagomedov felt that the organisation wasn’t paying enough importance to promotion in the region.

“I think the UFC should have a different policy, Nurmagomedov said at an M-1 fan Q&A session. “UFC need to pay attention to our fighters.”

One could only expect a fiery response from company President Dana White to such comments. However, since he himself wasn’t present senior vice president of international and content David Shaw gave the champ a befitting but polite reply.

“I think I would probably respectfully disagree with Khabib on that one,” Shaw said at the UFC on ESPN+ 7 post-fight news conference. “If you look at what we’ve done, look back, we opened up the office in Moscow … 10 months ago. And in even 10 months we’ve held an event with 23,000 people at Olimpiysky Stadium in Moscow and now here at Yubileyny (Sports Palace), we’re averaging about 15,000 people.”

Shaw highlighted the fact that the company tried to make the best possible use of the event to showcase fighters from in and around the region. Not just Russian fighters but fighters from the entire Commomnwealth of Independent states, formerly known as the Soviet Union, were brought in to fill half of the available slots. 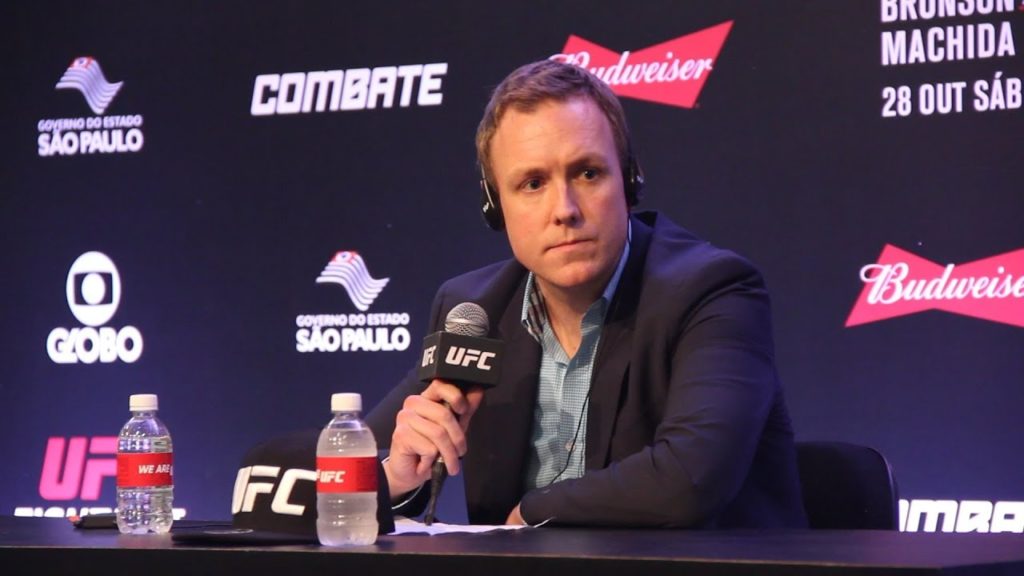 “Throughout those times, we’ve had a considerable amount on the card that has been occupied by Russian and CIS athletes there was tonight at least one fighter in every fight, I think we might have had out of 22, maybe we had 11 fighters, 12 fighters of Russian, CIS descent,” Shaw said.

“The amount of marketing and promotion that went in, the thoughtfulness that went into creating the card in that we don’t just want to have Russian fighters. We had Dagestani fighters. We had Shevchenko on the card as well, right. We’re trying to get a good representation of the whole area.”

The event took place in St. Petersburg, Russia and saw a total attendance of 7,236 from the fans.

Previous articleKrzysztof Jotko calls Johnny Walker out for a fight….and a dance battle!
Next articleJoseph Benavidez on TJ Dillashaw’s USADA suspension: He deserves it! (Video)