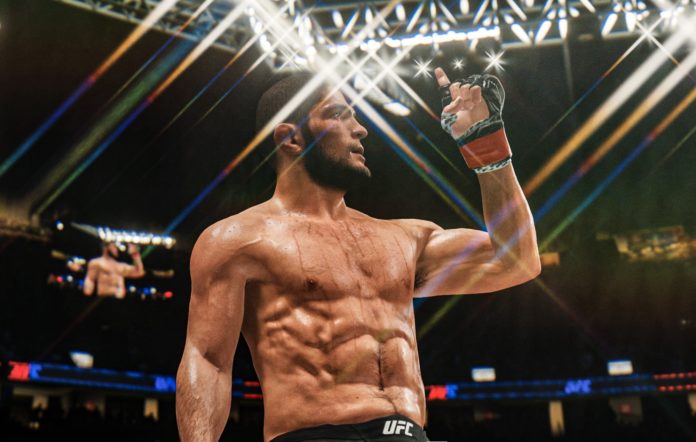 UFC President Dana White reveals that the most played character in UFC 4 is Khabib Nurmagomedov. 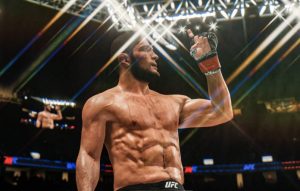 During their final press conference ahead of UFC 254, Khabib and Justin Gaethje faced off each other for the first time. Prior to the faceoff, when Dana White was asked about what makes this fight so big, he went on to tell people how big of a star Khabib really is globally.

“The reality is this: apparently people in the business don’t know this, but Khabib is one of the biggest stars in all of sports,” White said. “Not just the UFC. Khabib’s videos have generated 220 million views. His content that features him; over 100 million video views this year alone—just on Facebook. He’s broken records on Instagram. He’s the by far the No. 1 most-played character in the video game. Globally. By a long shot.”

Earlier he had made the claim that on Monday the fight was tracking to be the biggest fight in UFC history, despite the fight being away from the home country, and at odd timing for the American fans. Currently, the record is held by UFC 229 Conor McGregor vs Khabib Nurmogemov, which did 2.4 million pay-per-view buys. As per Dana, UFC 254 was tracking to do bigger than this, which is very unlikely. He went on to answer the same question:

“This kid has broken a lot of records,” White said. “And what makes this fight so big, is that people believe that this kid (Gaethje) has the style to beat him. So you have all the ingredients for a massive fight. You have a big superstar and you have a kid who’s coming off an incredible win over a highly-respected fighter and many people believe that he has the style to do it.”

What’s next for Khabib?

The Russian eagle has had a tough year, and many believed that he had retired. However, he made a surprising comeback when he was ready to fight Justin Gaethje within 2020. While it’s not easy to look past Justin Gaethje like that, he has been asked on many occasions what he plans to do after defeating Justin, if he does.

There are 3 big options left to Khabib for his last fight, which could be George St. Pierre, Tony Ferguson and Conor McGregor. The champion has completely turned down Conor and has no interest in a rematch. Who do you think he should fight next?