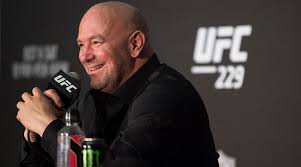 UFC Lightweight Champion Khabib Nurmagomedov has transcended into mainstream following his dominant victory over pay per view star Conor Mcgregor and the resulting post fight brawl. UFC 229 was one of the highest viewed pay per views in UFC history and after the Nevada State Athletic Commission has decided the sanctions on both Khabib and Conor, the UFC has to decide on their next fights.

Khabib’s manager Ali Abdel Aziz has asked for a $50 million price tag for Khabib’s next fight. “Sure”, says Dana White in sarcasm.“They know what’s realistic for them”.“They know the answer to that question. It’s fun to say, though”, Dana White said to reporters in the post fight conference after UFC 230. 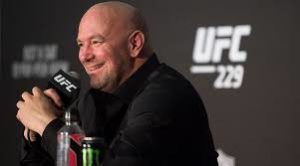 According to Ali Abdel Aziz however, Khabib deserves that money after UFC 229. “The other guy we just fought, he said he made $50 million,” Abdelaziz said at the time. “I think as a global superstar, Khabib bypassed him.”

It is all however in the air due to the fact that we are still awaiting the judgement of the Nevada State Athletic Commission’s disciplinary hearing on the brawl which took place after Khabib defeated Conor in the 4th round of their fight.

Conor on his part is also looking forward to a rematch with Khabib, either immediately or after earning his way back to the title.

“Conor and I talked for an hour last week,” White said. “And typical Conor. ‘I would love an immediate rematch. I want to fight him again. But I’ll fight whoever I’ve got to fight to get back to him if that’s not the case.”