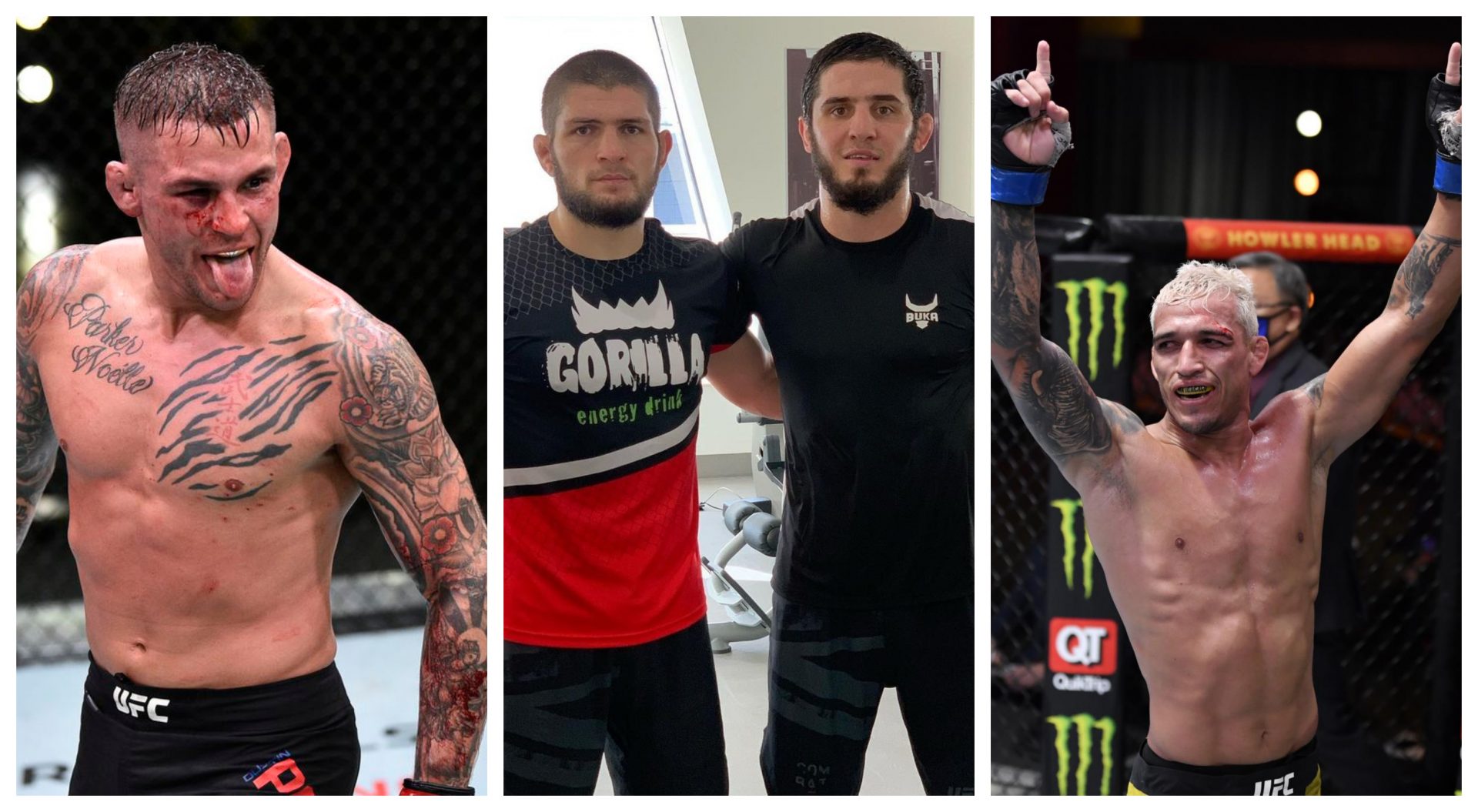 After an unblemished, undefeated and dominant career inside the Octagon, former UFC Lightweight champion Khabib Nurmagomedov retired from the sport of mixed martial arts after UFC 254.

Since he vacated the lightweight division and the pound for pound rankings, speculations are there on who can possibly become Khabib’s successor- another grappling monster from Dagestan, and the name of Islam Makhachev- ‘The Eagle’s close associate has often been mentioned.

And now, Islam gets direct appraisal from Khabib himself.

Islam is a little bit ahead of all these lightweights: Khabib 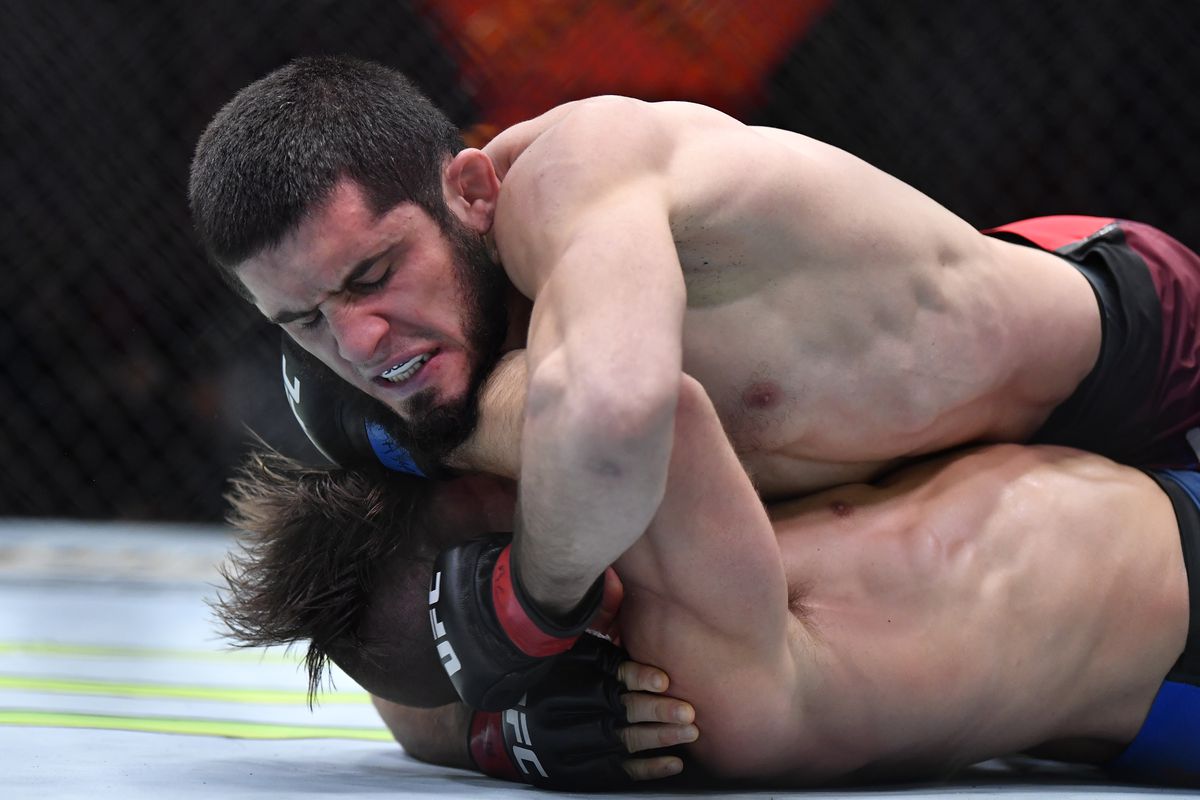 A World Sambo Championships gold medallist, Islam will be returning to action this Saturday night against Thiago Moisés in the main event of UFC on ESPN 26, to be hosted at the UFC Apex Facility in Las Vegas.

Currently the number 9 ranked UFC lightweight fighter, Islam is currently on a seven fight win streak and has remained undefeated inside the cage since 2016. A win over Moisés is surely to get him to rise in the lightweight pecking order.

However, Khabib believes his fellow Dagestani is already a better fighter than the other top attractions in the division, including the number 1 ranked Dustin Poirier as well as the lightweight champion Charles Oliveira.

“He can maul Charles Oliveira. I don’t think Charles can play with him like this, all jiu-jitsu guard. We just need time and no accidents,” the former UFC Lightweight champion added. 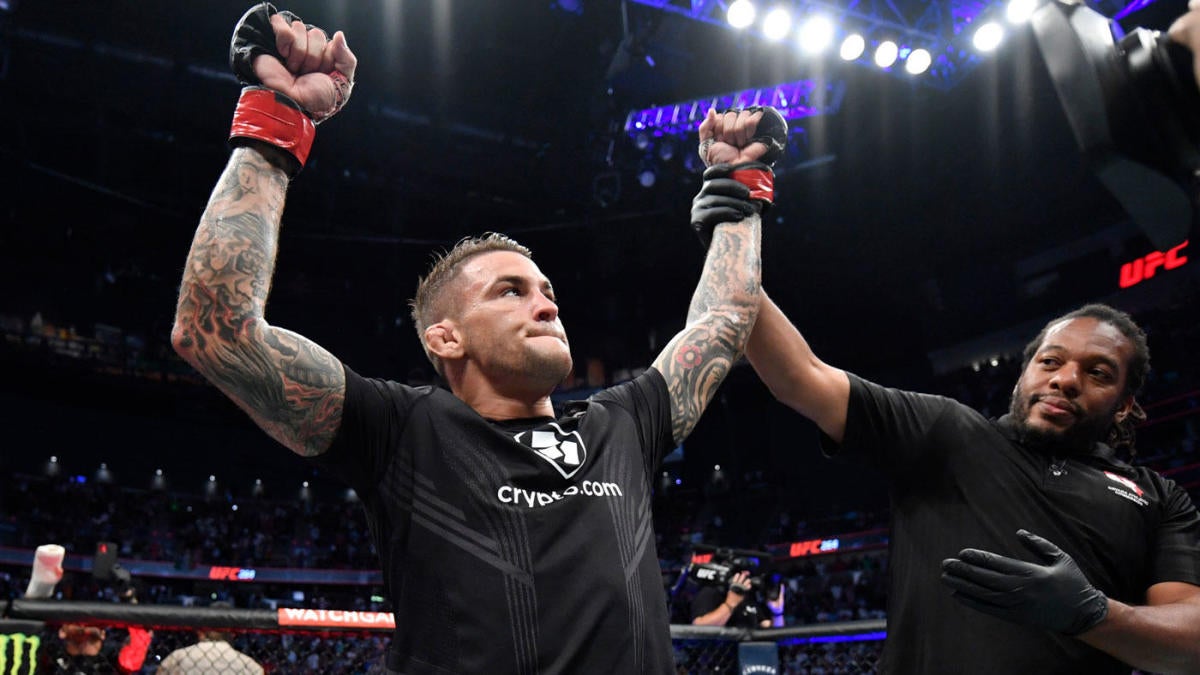 Poirier, who lost to Khabib at UFC 242, is currently on a two fight win streak over newfound rival Conor McGregor and while a fourth fight against the Irishman is expected, ‘The Diamond’ is also speculated to be the contender for Oliveira’s title.

Since Khabib’s title was vacated in March, ‘Do Bronx’ Oliveira clinched it after defeating former Bellator MMA Lightweight Champion Michael Chandler at UFC 262. 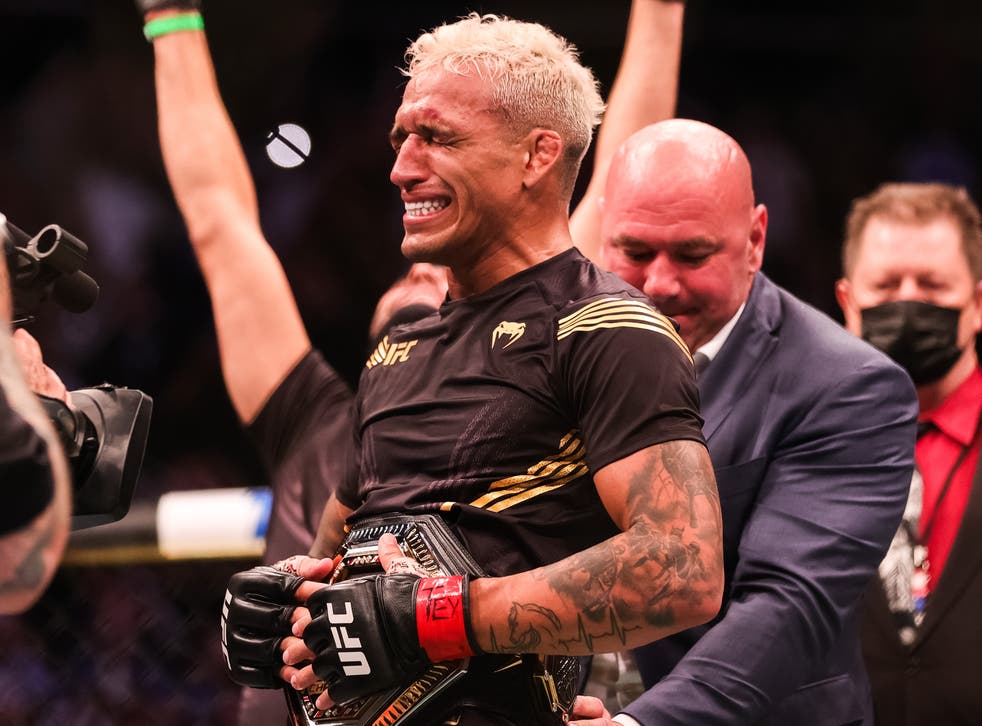 However, as Khabib sees it, his Lightweight title will positively come under the possession of his teammate Islam.

Do you think Islam can fulfil Khabib’s expectations and overpower both Poirier and Oliveira? Let us know in the comments.