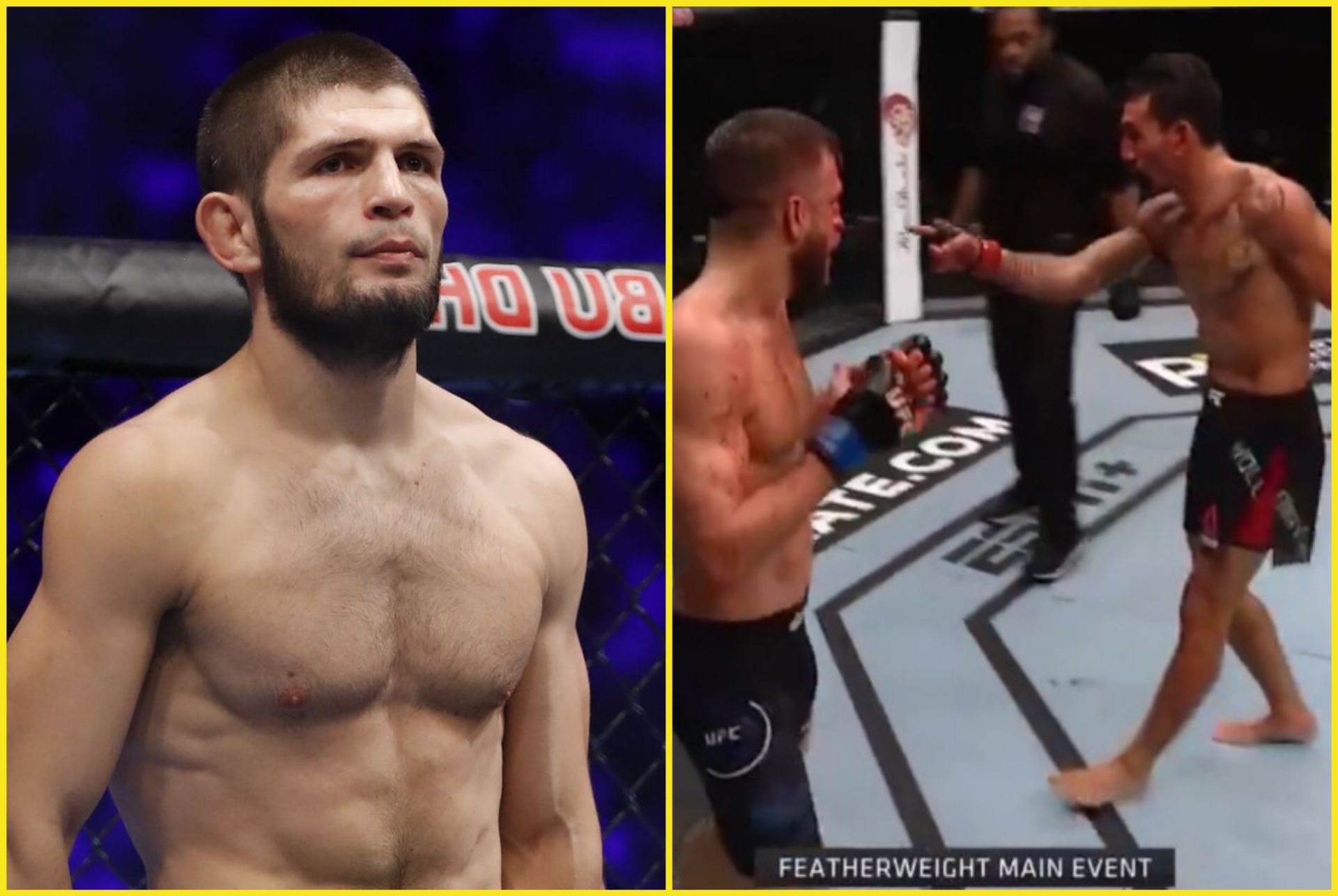 UFC lightweight champion Khabib Nurmagomedov was impressed by the mid-fight showboating and chatter which Max Holloway showed in his fight against Calvin Kattar at UFC on ABC 1 last weekend.

The fight took place at the Etihad Arena in Abu Dhabi. It was a completely one-sided beatdown from the Hawaiian. Max Holloway landed 445 significant strikes in the bout and he attempted 746 strikes over a 25-minute fight. As pointed by The Athletic’s Shaheen aL-Shatti, Holloway threw a punch every 2-second over 25 minutes in the fight. The pace set by the former featherweight champion was unreal, to say the least. 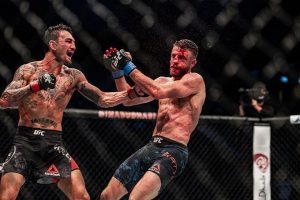 Not only that Max Holloway was also talking to the commentators and showboating in between the fight while exchanging leathers with Calvin Kattar.

“I love this,” Khabib said on Full Reptile with UFC commentator Dan Hardy. “Fighting, at the same time talk with opponent, talk with some corner, talk with Dana. This is amazing feeling.”

“About best boxer, I don’t know, but he’s one of the best for sure,” Nurmagomedov said. “And his cardio I think. He has very good cardio, very good chin, and now his experience every fight is coming more and more and I think his time is gonna come. This is what I think. This was his best performance but in the future, he has a couple years to show and become maybe best fighter of all time.”

“I really like Max,” Nurmagomedov said, looking back on their fight. “We were supposed to fight with him in 2018 and I remember this. I think he’s time is gonna come, maybe end of the year, maybe next year. It was his best performance but I believe he has potential to be more great fighter than he was a couple days ago.”

Who do you guys think would have won had Max Holloway challenged Khabib Nurmagomedov in 2018? Let us know your thoughts in the comments section below.