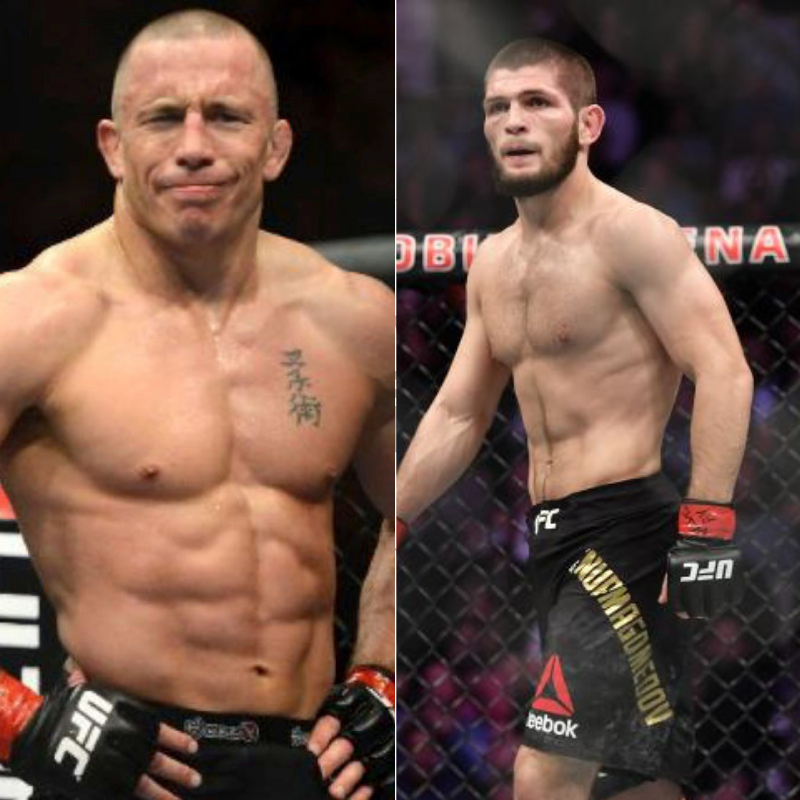 The current UFC lightweight champion and one of the best fighters currently on the planet Khabib The Eagle Nurmagomedov is now the UFC’s golden goose and probably one of their biggest cash cows after his sensational and highly publicized victory over the former UFC champ champ “The Notorious” Conor McGregor. Thus, the UFC does not want to take any risks and have now signed the Russian on a new multi-fight contract deal. Interestingly, according to media reports and the Daegestani’s manager Ali Abdelaziz as well, this new contract has a special clause in place if Nurmagomedov were to fight the former UFC welterweight and middleweight champion Georges St-Pierre.

GSP is widely regarded as the greatest MMA fighter of all time with his legacy being set in stone. Nurmagomedov had been gunning for a fight with GSP for a long time now to test his mettle and truly prove his abilities and skills to the world. However, the UFC management had refused to book a fight, fearing that GSP might win and then retire without defending the belt. Thus, effectively decreasing the value of the title. 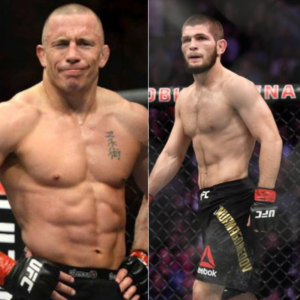 Nurmagomedov’s manager, Abdelaziz revealed to noted ESPN journalist Brett Okamoto that in addition to UFC 242, the champ has also signed a multi-fight deal with the UFC. He also revealed that there is also a special clause in his new contract if he someday fights GSP, that has already been negotiated.

Below is the tweet by Okamoto in which he revealed all these details:

In addition to UFC 242, Khabib Nurmagomedov has signed a new multi-fight deal with the UFC, per his manager Ali Abdelaziz. Terms not disclosed, however Abdelaziz said there is a clause in the contract in the event Khabib ever fights GSP. That's apparently already been negotiated.