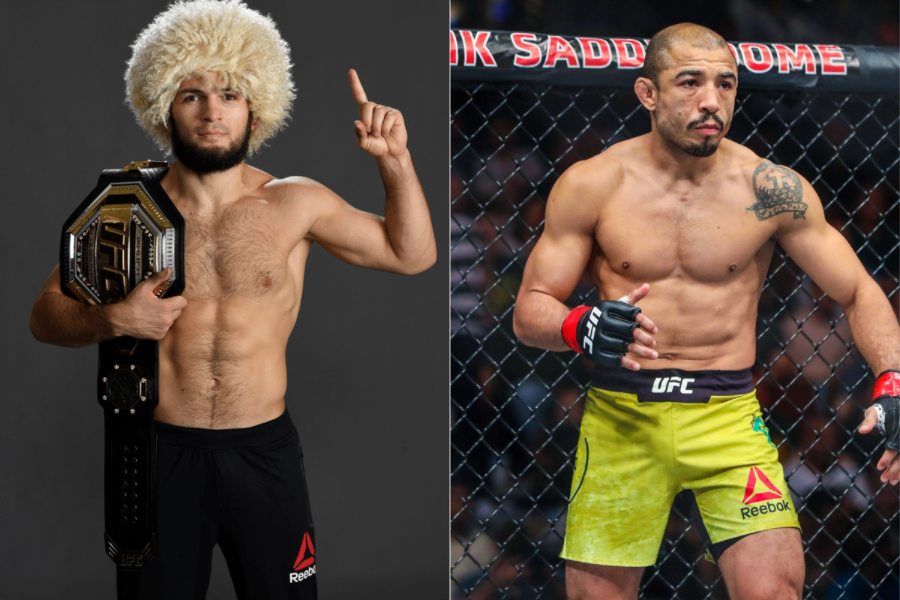 Former UFC lightweight champion Khabib Nurmagomedov has stated that former UFC featherweight champion Jose Aldo has no career left in the UFC and is just fighting for money. 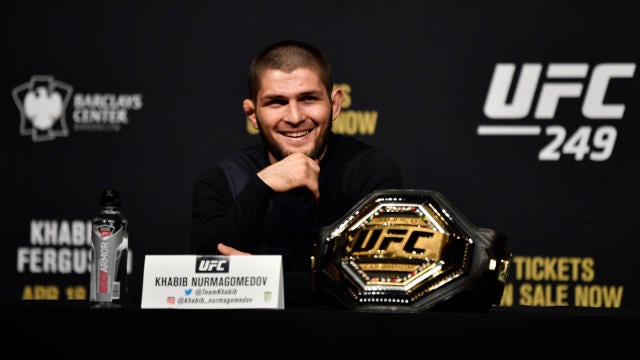 Jose Aldo was a longtime featherweight champion before losing his belt to Conor Mcgregor and then losing the title to Max Holloway in his second featherweight title reign. Then in the last few years, Jose decided to cut more weight and move down to the UFC’s bantamweight division. In his bantamweight debut, he faced Marlon Moraes at UFC 245 though he lost the fight via split decision it was a very close fight and many people score it in the favor of Aldo. In his next bout, he faced Petr Yan for the vacant bantamweight champion and lost ht match in a very brutal manner. 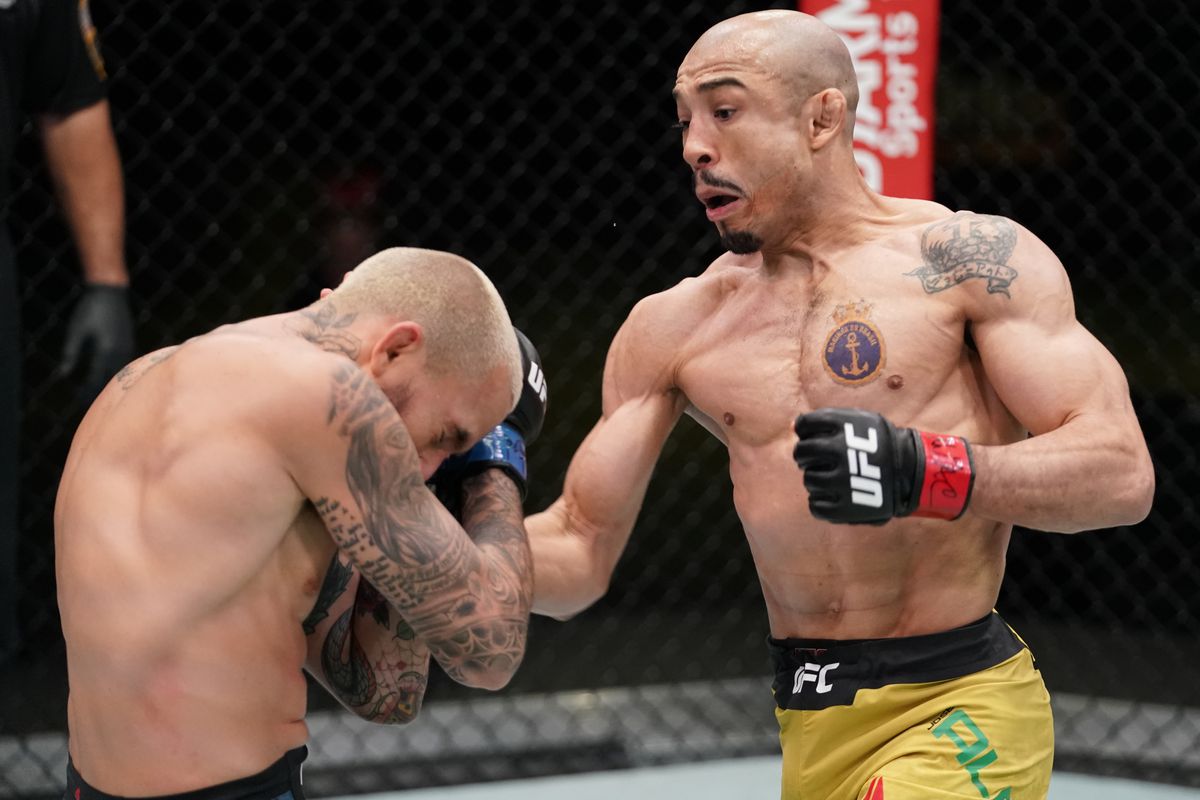 In his last two fights, Jose Aldo has scored amazing wins over Marlon vera and Pedro Munhoz. These two wins have put him straight at the top of the division. Still, former lightweight champion Khabib Nurmagomedov feels like Jose doesn’t need to fight anymore and there is no comeback in his career at this moment. He compared both Conor Mcgregor and Jose Aldo and said that none of them can make a comeback at the high level of this game.

“How is he showing it?” Nurmagomedov told RT Sport. “He got beat up when he fought … Petr, right? A guy wins one fight and everyone starts talking. When Conor (McGregor) fought (Donald) ‘Cowboy’ (Cerrone), he looked like a lion. When he fights stronger opponents, he looks like a scared chicken. Fighting top fighters shows your worth. … The level of Russia’s football team will be shown against Croatia, not Malta. 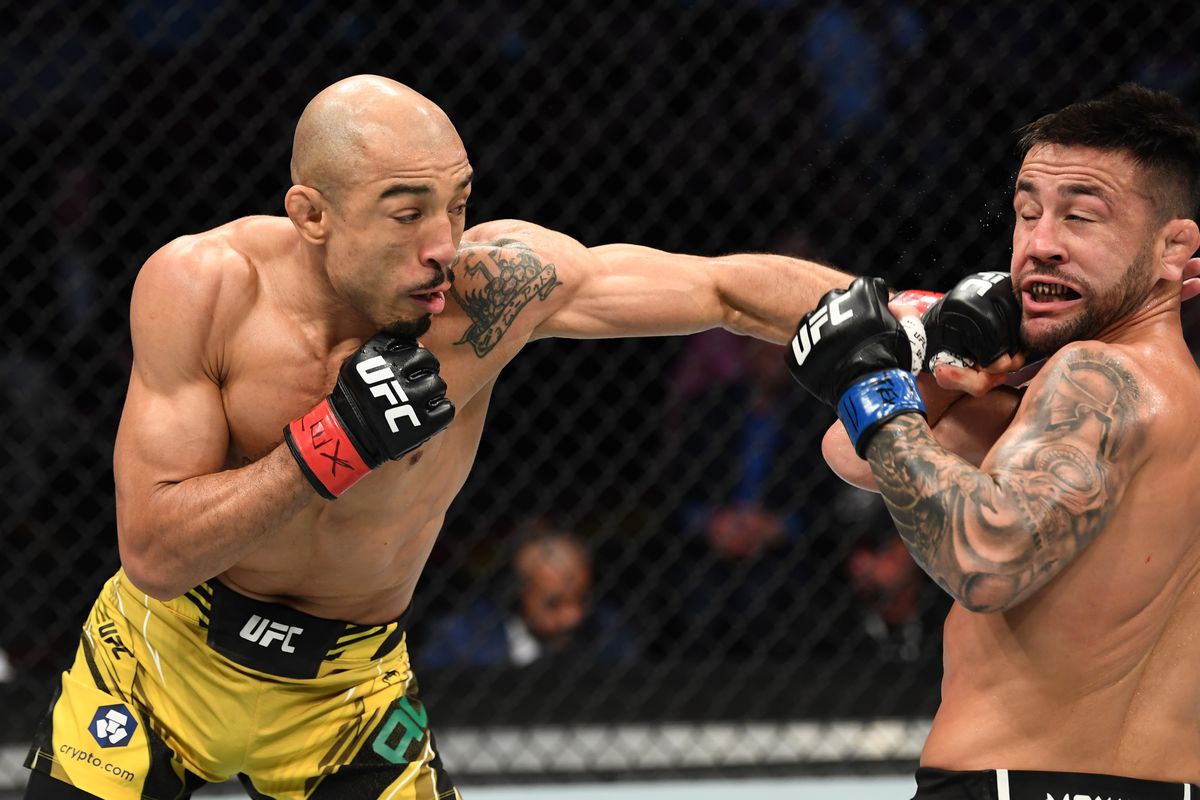 “A fight against ‘Cowboy’ won’t show what level you’re at, just like Aldo’s fight against Pedro Munhoz. Let him fight Petr the same way. Then we can say he’s peaking again. You saw what he did. He closed up and waited for the ref to stop the fight. That shows that you’re not at your peak. If you’re getting hit and you’re conscious and you’re not defending yourself, I call those fighters businessmen. They come out to make money.”

According to Khabib Nurmagomedov both Conor and Aldo are just fighting in the UFC for financial reasons.

“There are real champions that go hard on everyone,” Nurmagomedov said. “They don’t care (about) the money. Of course it’s an important aspect, but he has the competitive spirit. So there’s no way Aldo is having a second peak. You can try to prove it all you want, but I’ve been through this. I know better than you. You’re a journalist, and I’m a fighter.”

Previous articleKhabib Nurmagomedov responds to reporter on question about the situation in Afghanistan
Next articleJared Cannonier: Next fight, UFC record, Heavyweight stint Weight Class, Net Worth