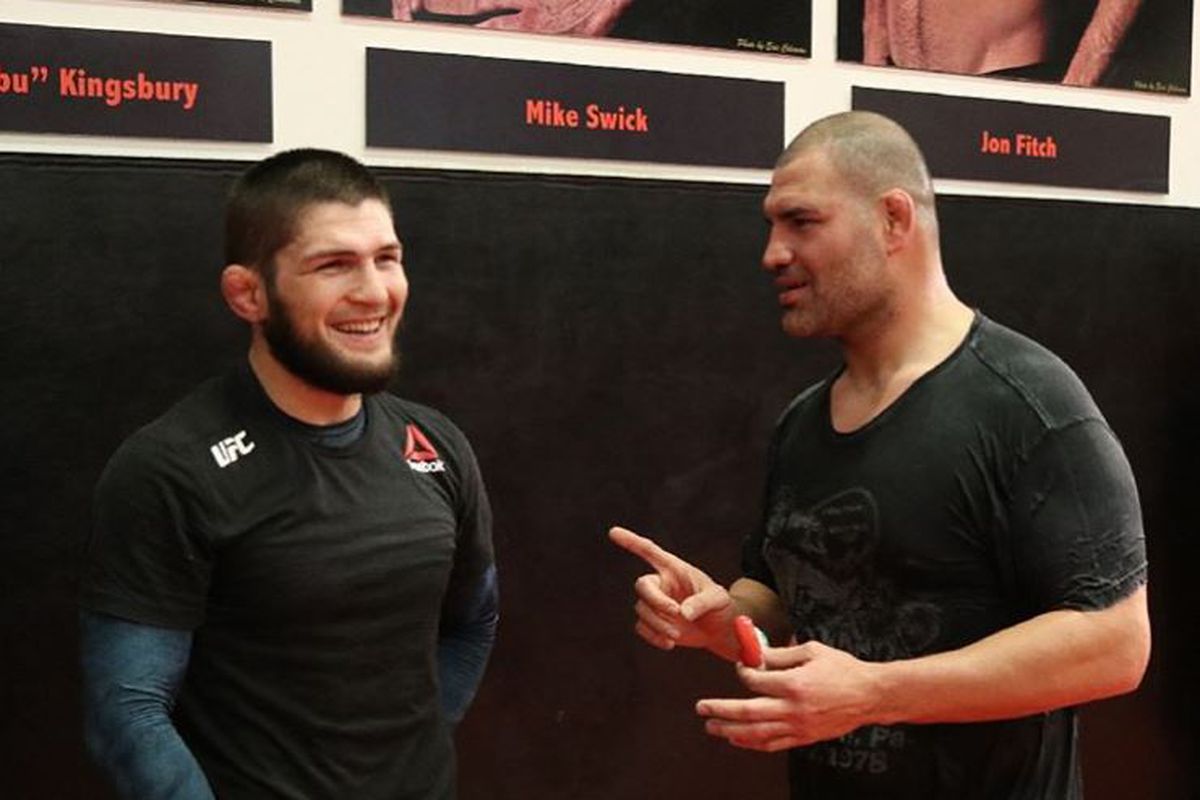 Back in March, Velasquez made headlines after attempting to shoot one Harry Eugene Goularte, a man accused of molesting a four year old relative of the former UFC Heavyweight champion and instead, hit Goularte’s stepfather Paul Bender and is charged with attempted murder and 10 other gun-related charges.

Last week, Velasquez was denied bail for a second time after the judge cited his “reckless disregard for human life.” Khabib, meanwhile, believes anyone who loves their close ones would have taken the same step as Velasquez and questioned why he’s behind bars and Goularte is not.

In an interview with TMZ, Khabib Nurmagomedov showed his support for Cain and said that he did whatever it took to protect his family.

“Come on, nobody is going to think about the law when you have something about family,” Nurmagomedov told TMZ. “You have to protect your family. If animals protect their family, of course humans are gonna protect their family. You talk about law, code, they hold him in jail, I don’t understand these things. It always has to be fair. This is not fair. They sit in jail and [Goularte] he’s outside. Worry about other guy. OK, put this guy in jail too. He is more dangerous for people than Cain Velasquez.

“Never in his life, [Velasquez is] 40 years old, never in his life we have problem socially, outside people, in the gym, he’s the most respectful guy I’ve ever seen in my life. I was training with him more than 10 years. I know his family, everybody loves Cain. What happens, he act like anybody’s gonna act. This is his kids, you know? … Cain dangerous only for one minute, but this guy dangerous for anybody. He is outside, I don’t understand this.”