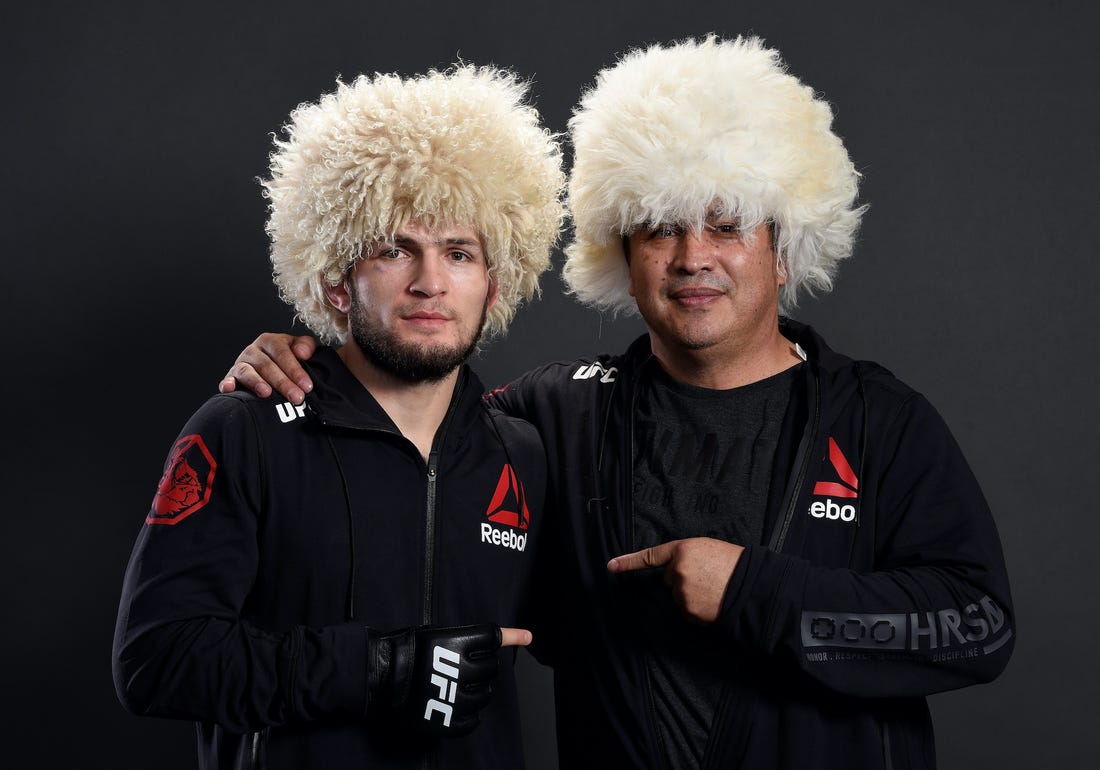 Khabib Nurmagomedov has written a heartfelt message for his long-time American Kickboxing Academy coach Javier Mendez after he retired from MMA.

The undefeated lightweight champion stretched his MMA record to an incredible 29-0 with his second-round submission victory at UFC 254 on Saturday. Nurmagomedov fought for the final time in his pro MMA career this past Saturday, October 24. Nurmagomedov collided with Justin Gaethje in a lightweight title unification bout. The title fight headlined UFC 254. Nurmagomedov put Gaethje to sleep with a triangle choke in the second round.

After the fight, Nurmagomedov took his gloves off and laid them in the center of the Octagon. “The Eagle” announced his retirement from pro MMA competition. Khabib Nurmagomedov’s head coach Javier Mendez claimed that he had “no idea” that ‘The Eagle’ would lay down his gloves after defeating Justin Gaethje at UFC 254. The retirement and victory were even more remarkable as the Russian revealed he suffered a broken toe and badly bruised foot just over a fortnight before the clash.

Afterwards, he vowed to keep a promise to his mother that it would be his final fight following the recent death of his father and trainer, Abdulmanap, earlier this summer.

Now Khabib has taken to social media to thank his AKA coach Javier Mendez, saying:

“Our connection will forever be fixed in my heart coach, you were a great inspiration for me always, since the first days I came to AKA. Love you coach.”

That followed Mendez’s tribute to the superstar earlier in the week.

Coach in his post wrote “You came into my life in 2012, now you’re in my life for life,” Mendez wrote. “[A] coach and a fighter’s relationship, only a coach and the fighter can understand. But love, respect, and true loyalty, the whole world understands and [Khabib Nurmagomedov] you are all of that and more.”

The retirement of undefeated UFC lightweight champion Khabib Nurmagomedov came out of the blue for those in the MMA community, including his head coach Javier Mendez. The owner of the American Kickboxing Academy claimed he had “no idea” Khabib would lay down his gloves after defeating Justin Gaethje at UFC 254 in Abu Dhabi. “My jaw dropped. I went, ‘What?’ I mean, he plays the best poker face on the planet,” Mendez told Submission Radio. 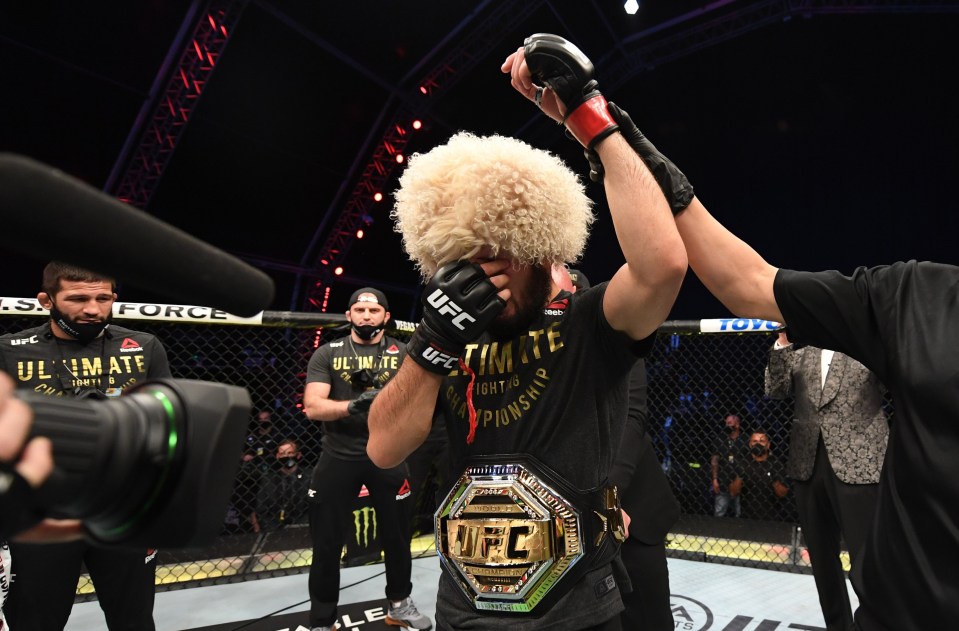 Throughout a difficult training camp which was almost three months long, Javier Mendez claimed that The Eagle never talked about retiring from the sport. He said even he didn’t ask Khabib Nurmagomedov about the same given the personal tragedy he had suffered in July when his father Abdulmanap Nurmagomedov died due to complications arising from COVID-19.

What are your thoughts on this Coach and Fighter relationship?