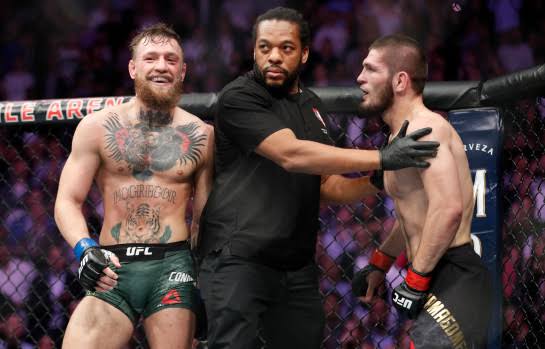 UFC 229 a year ago featured probably the biggest fight in the history of the sport as former double champ and superstar Conor McGregor made his much anticipated return after three years to take on champ Khabib Nurmagomedov.

The fight was obviously surrounding and followed by a lot of bad blood as Nurmagomedov defeated McGregor via fourth round submission. The rematch has been been speculated ever since. Khabib reportedly even turned down a massive sum of $15 million for the rematch. Speaking in a Q&A session, Khabib revealed the only condition for the rematch. Khabib agreed that former interim champ Tony Ferguson should be the next in line and that McGregor should build up a streak to fight for the title. 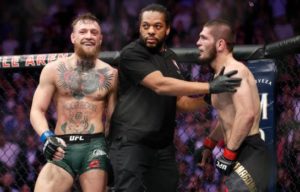 “I’ll fight all the main contenders first and… I could fight him to benefit my agricultural projects. I have to say that Tony Ferguson deserves it more, you have to give him credit. He is on a 12-fight win streak and he deserves it more than Conor. Conor has to come back and stop hitting old people. He is a professional fighter, he should come back, win, earn his place and get in line.”

McGregor hasn’t fought ever since and is expected to make a comeback in December or early 2020. McGregor has been lately associated with a rematch against former interim champ Dustin Poirier and former WSOF lightweight champion Justin Gaethje.

Previous articleWatch: Henry Cejudo wants to ‘hurt’ Dominick Cruz because he doesn’t like him
Next articleJon Jones spits fire at ‘nerd’ Israel Adesanya