Khabib Nurmagomedov is trying to make MMA an official Olympic sport and has targeted the year 2028. 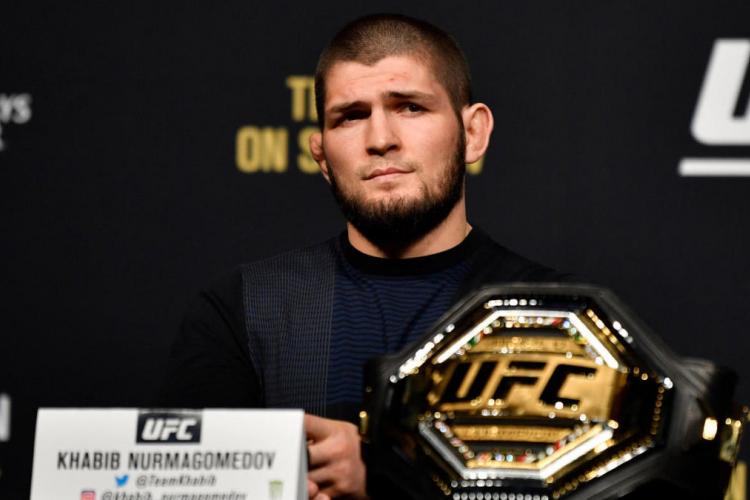 The current UFC lightweight champion, who announced his retirement in October, said at a news conference on Tuesday in Uzbekistan that he is already working behind the scenes in an attempt to make MMA an Olympic sport. Nurmagomedov said he believes the combat sport has “big chances” to be in the 2028 Olympic Games in Los Angeles. Nurmagomedov said he’s in the process of setting up a meeting with International Olympic Committee president Thomas Bach.

The sport could certainly reach new heights should it find itself in the ranks of the Olympics. Additionally, news broke that Nurmagomedov had purchased the Gorilla Fighting Championship for $1 million. What’s more, there is a plan to rename GFC to Eagle Fighting Championship instead of the owner’s fighter nickname.

He said MMA has the ratings and sponsorships to draw interest on par with track and field, one of the most-watched Olympics sports in the U.S., although he expects its inclusion will require adjustments, including heavier gloves, to make the sport more palatable to squeamish viewers.

Khabib Nurmagomedov talks about his Plans

Khabib Nurmagomedov the native of Dagestan, Russia, is one of the best MMA fighters ever and one of the highest-profile Muslim athletes in the world. He is the first MMA fighter at his level to speak about being part of the effort to get MMA into the Olympics. Nurmagomedov said he knows alterations would have to be made in the rules for the sport to be recognized.

“In the Olympics, with boxing, I think they changed the gloves. They don’t want there to be a lot of blood,” Nurmagomedov said. “But in terms of sponsorships, TV ratings, viewership, the MMA has it, and if it gets in the Olympics, it will be on par with track and field and soccer in terms of interest. This is my personal opinion. And we’re already working in that direction.”

Nurmagomedov outlined this ambitious plan during a press conference in Moscow on Wednesday.

“The inclusion of MMA in the Olympics is one of my main tasks for the next couple of years,” Nurmagomedov said in Russian. “We are already working in this direction. Shortly, I will have many meetings, including with the president of the Olympic committee. I think, if not in Paris, then in Los Angeles we have a great chance of promoting MMA.”

Do you guys think MMA will become an Olympic sport?