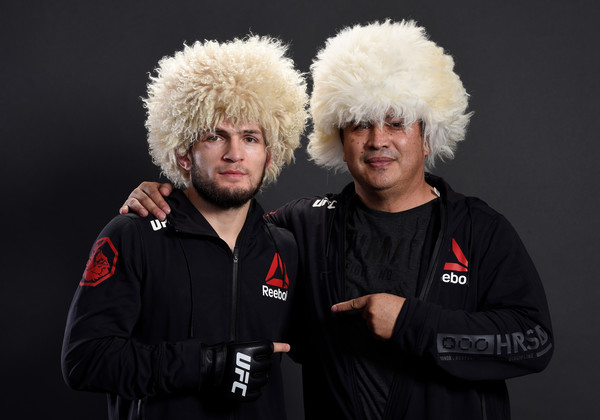 According to the latest reports, it has come to light that UFC lightweight champion Khabib Nurmagomedov won’t be conducting his camp at American Kickboxing Academy(AKA) located at San Jose, California. 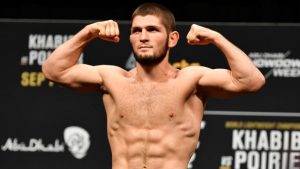 Khabib Nurmagomedov’s association with AKA dates back to 2012 when he first signed with UFC. All his training camps for UFC were held under the guidance of AKA head coach Javier Mendez. For the first time in his UFC career, Khabib has chosen not to train at AKA gym in California. No particular reason was stated by Khabib but any rational MMA fan would understand why Khabib felt this way.

Khabib’s father and coach Abdulmanap Nurmagomedov recently succumbed to complications arising from Covid-19. Khabib and his father always had a cordial relationship and were one of the biggest support systems for each other.

His father was the person who first introduced Khabib to wrestling and eventually helped him in transitioning to MMA. Due to this personal loss in addition to the ongoing pandemic, Khabib chose that it will be best if he held his training camp in Russia itself.

In an interview with ESPN, Javier Mandes made the following statement:

“We’ve got two choices [for the fight], right? Las Vegas or Fight Island. I’m thinking Fight Island, but they haven’t said it yet. What I do know is that [COVID-19] is too high in California, and Khabib is not comfortable coming here to train,”

The plan which was laid out for Khabib Nurmagomedov was to possibly make him retire at 30-0. Currently, with an unprecedented record of 28-0 and his next fight booked against Justin Gaethje, it looks like Khabib might achieve this feat without much trouble.

Khabib Nurmagomedov recently commented this ahead of his upcoming fight -“I will take him to the deepest ocean and drown him“.

The ideal and much anticipated last match of Khabib has always been talked about. With many pundits of the MMA world believing that Khabib vs George St Pierre would be the best fight to be made under the lightweight category. Both these fighters have shown their respective share of interest in making this fight happen in the past but nothing seems to be confirmed as of yet.