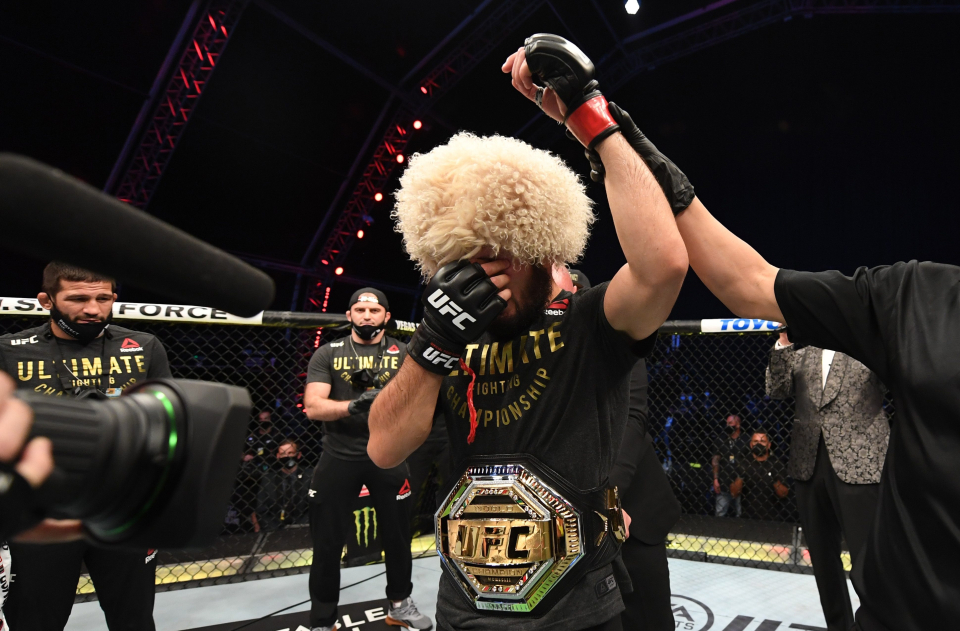 Even though he retired from the sport, he wasn’t stripped of his lightweight title and hence he is still the UFC lightweight champion of the world.

During the post-fight interview, Khabib Nurmagomedov stated that he was retiring from the sport because he can’t continue fighting without his father Abdulnamap Nurmagomedov. 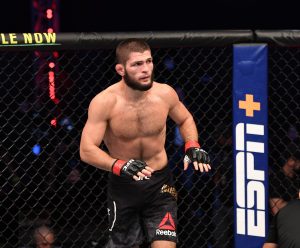 “This is my last fight in the UFC” Khabib Nurmagomedov told John Anik in the post-fight interview.

“There’s no way I’m going to be back without my father. I spoke to my mother. She don’t know how I fight without father, but I promised it’s going to be my last fight, and if I give my word, I have to follow it.”

While his reasoning makes perfect sense, there are still many sceptics, who think he will return for one last ride to make it a perfect 30-0 record. However, Khabib stated while speaking to Sergei Melikov, the acting Head of his native Dagestan stated that people won’t understand his decision to retire.

“This fight was like no other,” Khabib said (via  RT Sport). “The emotions in this fight were completely different. Everything was completely different without my father. I was offered the fight right after everything happened. I had the decision to accept it or turn it down, nobody knew about this, or retire, or I could come back, fight and then retire. Now I tell the people close to me that aren’t happy with me retiring that even if I fought 10 more times, I’d still have to face that decision. This decision could come up when I’m 32, 34, 35. It’s a hard decision because I’ve been fighting all my life. I’ve been on the mats for as long as I remember. It’s difficult to leave and do something else. People can’t understand it, but what can you do?”

While addressing the head of the republic, Khabib also thanked the people of Dagestan and state that he was proud to represent his region.

“I have many supporters in not just Dagestan but all of Russia and around the world,” Khabib said. “I have a responsibility to them, that responsibility worried me. I had serious injuries. I was hospitalized for five days in mid-September. Then I came back and broke my toe. Those words about overcoming yourself are true. If a person doesn’t break psychologically, it will be hard to break them physically because the mind breaks before bones.” Khabib Nurmagomedov said.

“Everything that happened to me psychologically before this fight gave me strength I can’t describe, inside and outside of the octagon, during my weight cut and preparation,” Khabib said. “A big factor in that strength was the immense support of my fans. My father and I always used to meet fans when we arrived at the airport. This time we thought it would be best not to gather a lot of people. Given this chance, I’d like to thank them for the emotional support. Dagestan doesn’t always show the best image on TV and the internet, (so) I get a lot of motivation when my victories bring positivity to our people.” Khabib Nurmagomedov said.

Previous articleNagaland’s Longtsukumba Ao reveals how mental aspect is important in MMA
Next articleIan Heinisch interested in fighting Khamzat Chimaev: “If he wants to test himself against a middleweight, I’m a top-15 guy”