Former lightweight champion Khabib Nurmagomedov has said some praising words for his training partner and UFC lightweight contender Islam Makhachev. Khabib and Islam have been training partners since childhood and both of them have helped each other to become the best at what they do. Since Khabib has retired, Islam has taken his position and is close to capturing the UFC lightweight throne. He is now scheduled to face Dan Hooker at UFC 267. Ahead of his fight against Hooker, Islam’s friend Khabib was seen praising him in his latest interview where Khabib stated that Islam is among the current top 10 pound-for-pound fighters in the world. 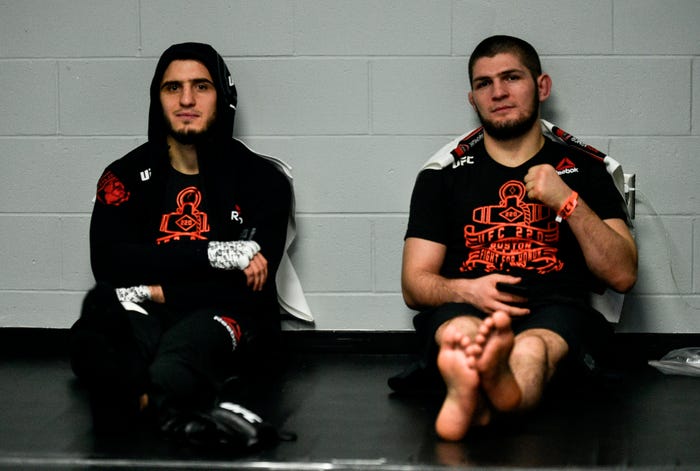 Speaking to fellow AKA teammate Daniel Cormier on the “DC & RC” podcast, Khabib Nurmagomeodv was saying all the nice things about his friend and training partner Islam Makhachev. Khabib also said that this fight is very important for Islam considering the landscape of UFC’s lightweight division.

“My opinion, this fight have to be for him – not for his opponent – for him have to be contender fight,” Nurmagomedov said on Tuesday’s episode of “DC & RC” on ESPN. “Because after this fight he going to become nine win-streak in UFC. Who have this like this? Only champion. Only Charles Oliveira have better win streak than Islam. If Islam going to finish this guy very easily at the beginning of fight, Islam have to fight for the title. This my opinion.”

Khabib Nurmagomedov also laid out the future plans for Islam and revealed that if he wins they are planning to call out the champion and also planning to fight the winner of Charles Oliveira and Dustin Poirier early next year. 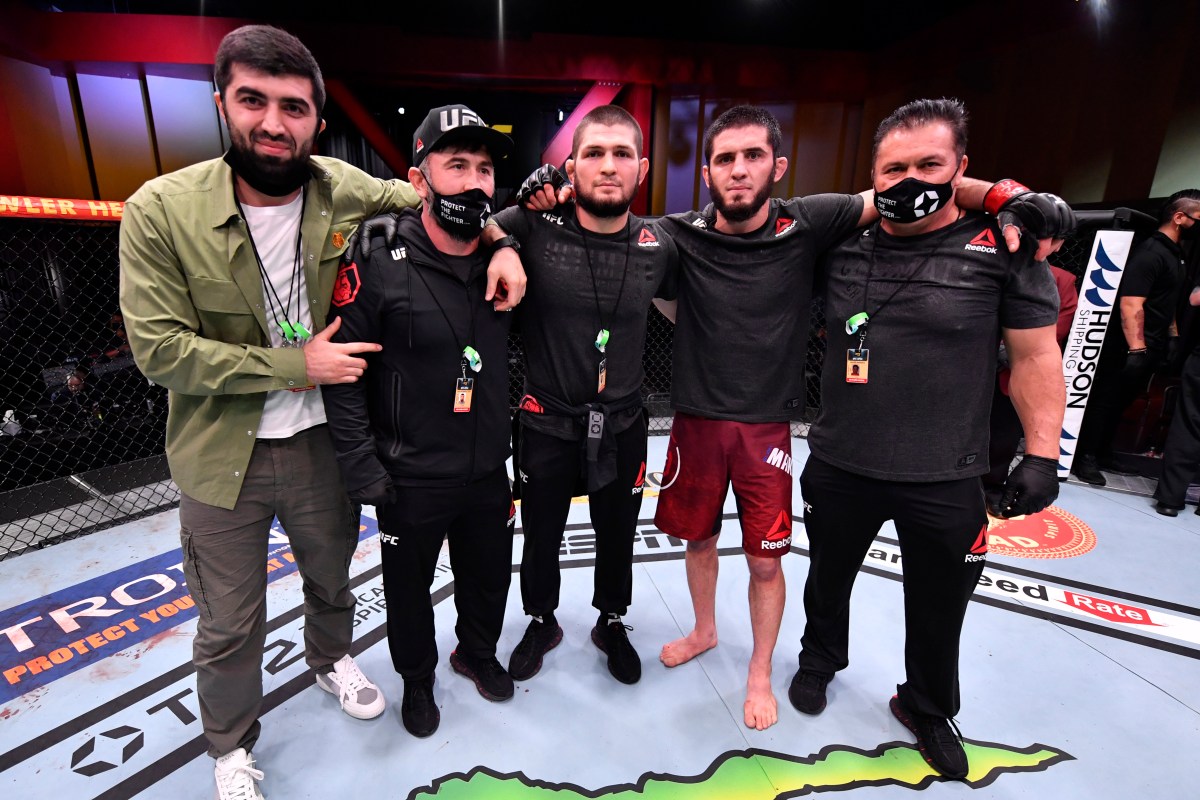 “Islam is the real deal,” Nurmagomedov said. “He’s one of the best in the world. I believe he’s top-10 in pound-for-pound right now. But Islam quiet. He don’t like to talk too much. But me and (Daniel Cormier), we always try to push him. And after this fight we have to call out champion. … Early next year he have to fight for the title against the winner of Dustin Poirier and Charles Oliveira.”

Khabib Nurmagomedov last fought at UFC 254 against top lightweight contender Justin Gaethje. Khabib won the fight via submission in the second round of the fight. He then announced his retirement following his win. He stated that he wasn’t going to fight anymore without his father who passed away in the summer of 2020. Khabib Nurmagomedov is now working as a coach for his fellow training partners.

Previous articleListen to me, my brother. I smash you: Hasbulla warns Dan Hooker ahead of Islam Makhachev clash at UFC 267
Next articleSean Strickland opens up about his disturbing neo-Nazi past