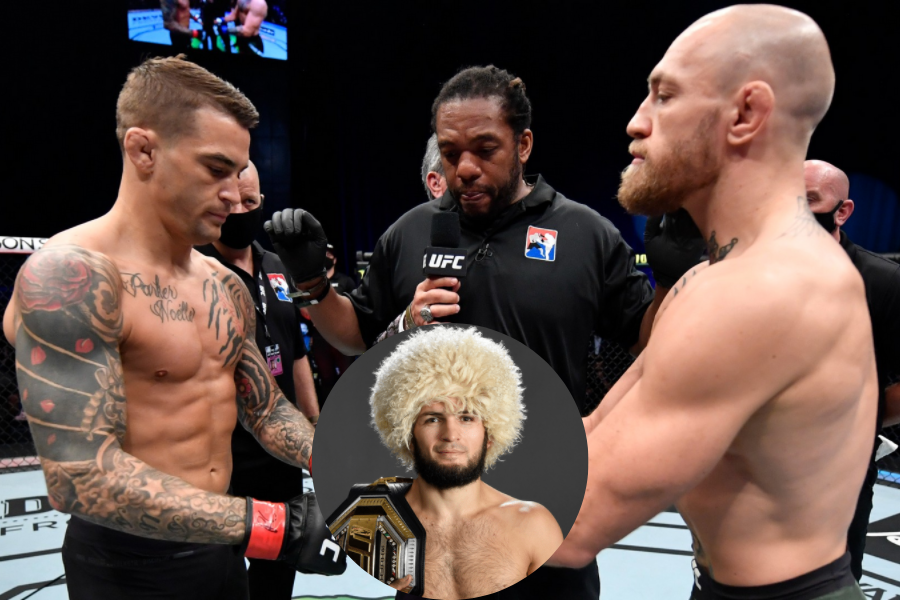 Former UFC lightweight champion Khabib Nurmagomedov has stated that he thinks Dustin Poirier will defeat Conor Mcgregor 100 out of 100 times if they fight, after a dominant performance at UFC 264. 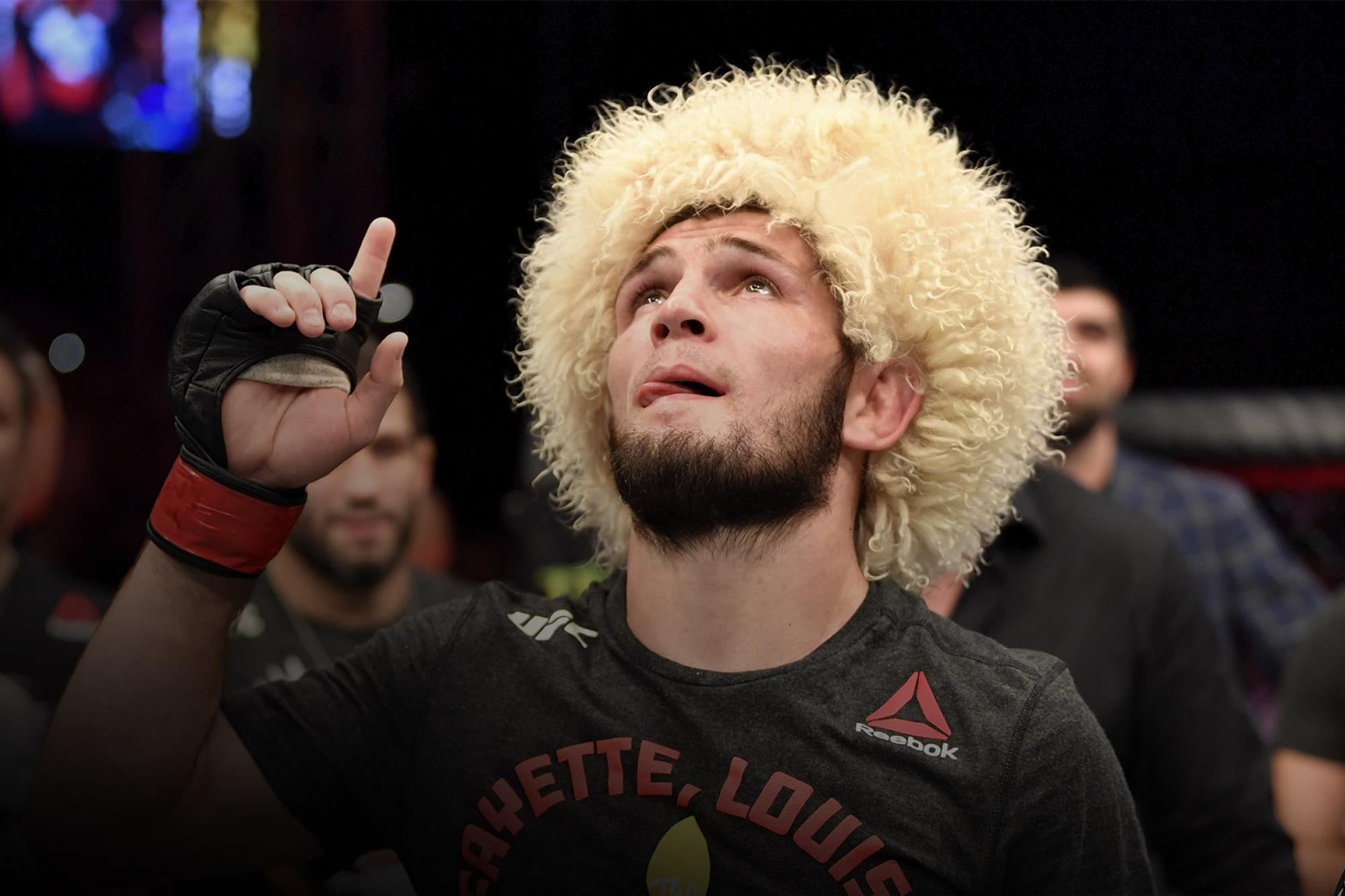 For the last several years, the UFC lightweight title picture always had few similar faces and they were Khabib Nurmagomedov, Dustin Poirier, Conor Mcgregor, and also Tony Ferguson. Though in last year the scenario is completely changing. Khabib Nurmagomedov is now retired, Tony is no longer an elite fighter. But the only two guys who are still fighting at the top are Poirier and Mcgregor.

The duo has now completed their trilogy fight and the series is 2-1 with Dustin Poirer in the lead with the last two consecutive victories over Conor. The fight at UFC 264 ended in a very unexpected way. Conor Mcgregor broke his leg in the last seconds of the first round. The doctor stopped the fight as there was no way Conor could have continued to fight. But before that accident, Conor was getting lit up on the ground as Poirier had landed some vicious punches and elbows. If the fight could have continued the chances were Poirier would have finished Mcgregor though many believe it the other way. 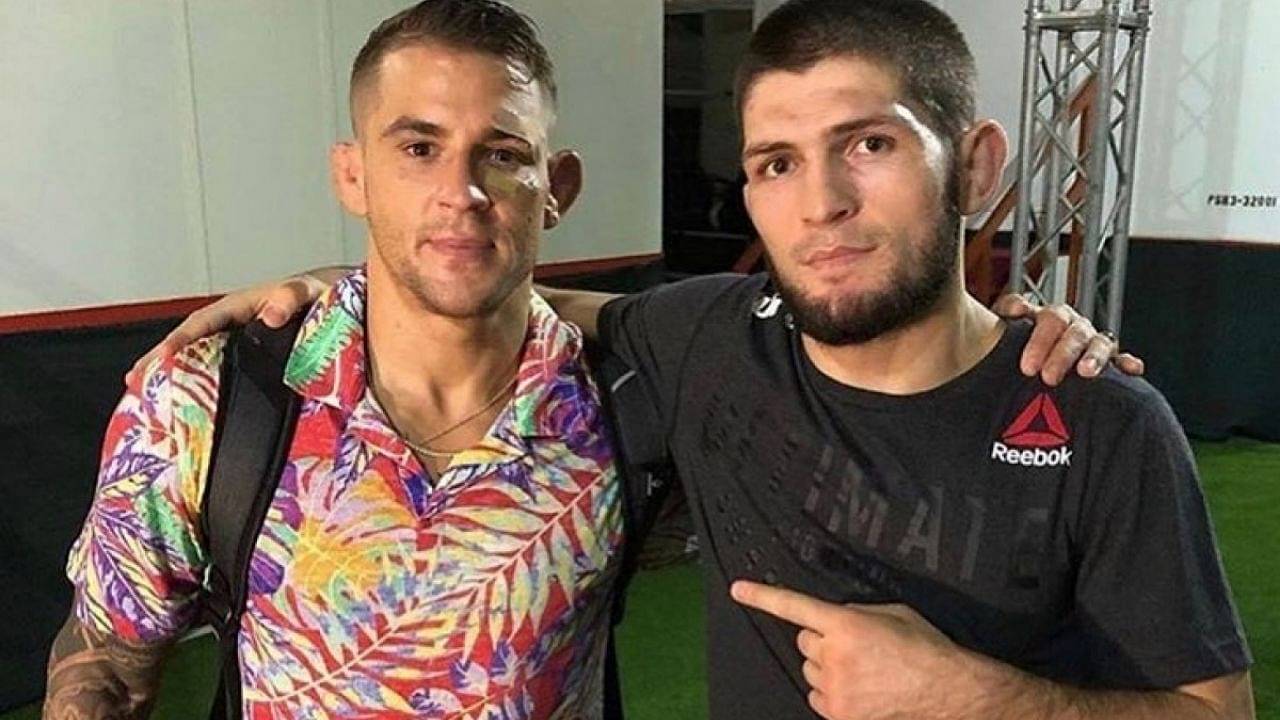 As UFC 264 main event ended due to Doctore stoppage many people are giving their predictions on what could have happened if the fight would have continued. Khabib who has fought both Mcgregor and Poirier, Feels that Dustin can defeat Conor every time they fight and the result between them won’t’ ever change.

“Judges give (the first round) for Dustin Poirier 10-8, he maul him on this round,” Nurmagomedov told ESPN. “I think if they fight 100 times, Dustin gonna beat him 100 times.”

He continued, “If (McGregor) wanna come back, OK, make him fight one more time with Dustin Poirier and finish this guy. That’s it. I think this is what the UFC is gonna do with him, or maybe he fight vs. Nate (Diaz). But both of them I think he’s gonna lose.”

“It sounds like same thing Dustin saying, it’s just noise,” Nurmagomedov said. “He’s not him. I think it was fake Conor. That’s my opinion because couple months ago we see how he was nice, now he try to be like – it looks fake. That’s why this trash talk don’t work on Dustin Poirier. My opinion, it was his big mistake. He lose so much energy because he tried to go under his skin. Don’t focus on your opponent. Just focus on yourself.”

“Without broken legs, yes, but with broken legs never because he’s never going to kick the same,” Nurmagomedov said. “With him, no, I don’t believe. Conor have good age, only 32 … but what happened with his mind, legs – this guy is finished, but he’s good for promotion.”