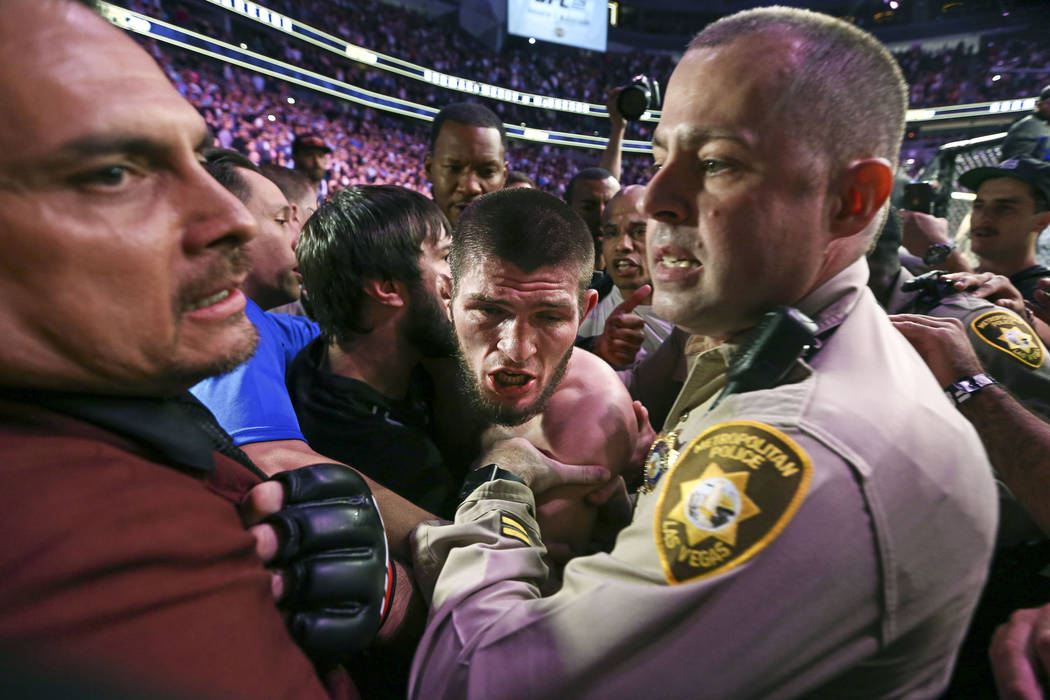 Russian Mixed Martial Artist and current UFC lightweight champion Khabib Nurmagomedov has been suspended for 9-months and fined a staggering ₹3.6 crore for starting a brawl post-fight at UFC 229 which took place in October last year at the T-Mobile Arena in Las Vegas. 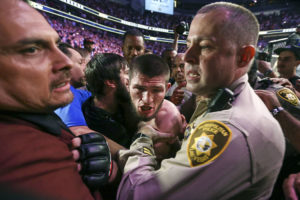 If he participates in an anti-bullying court, he could be eligible to fight by 6th April 2019. A five-member commission voted in the favour of settlement agreements and a fine. The fine will be paid by Khabib’s purse which is withheld by the Nevada State Athletic Commission.

Official: Khabib Nurmagomedov suspended nine months and fined $500,000 by the NAC for his role in the UFC 229 post-fight melee. The suspension can be reduced to six months if he cooperates in the filming and distributing of an anti-bullying PSA. Suspension is retro to 10/6.

Khabib was guaranteed to make ₹14.2 Crore and a portion of the pay-per-view revenue. The fight sold 2.4 Million PPV and was the biggest fight in the history of UFC.

Here’s how the Russian reacted to his suspension:

The Russian submitted Conor McGregor in the fourth round, following which he launched himself on the Irishmen’s teammate Dillon Danis and started a brawl. Immediately after two of Nurmagomedov’s teammates which included UFC fighter Zubaira Tukhugov jumped inside the cage and attacked McGregor.

Per MMAFighting, neither Nurmagomedov nor McGregor was present in the hearing. Also his teammates Tukhugov and Abubakar Nurmagomedov have been suspended for one-year by NAC and fined ₹18 Lakh rupees each.

Previous articleUFC: Holly Holm sets her sights on Amanda Nunes’ 135 pound belt if she gets past Aspen Ladd next
Next articleConor McGregor suspended for 6-months and fined ₹35 Lakhs for UFC 229 Brawl
- Advertisement -