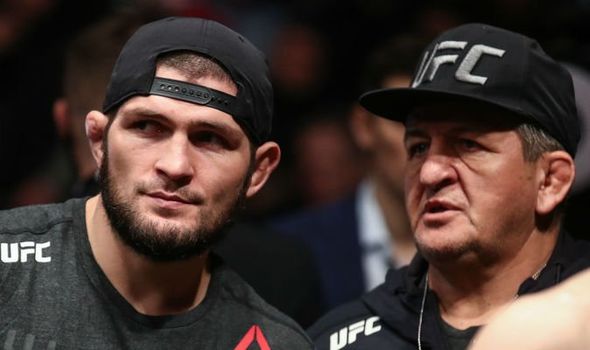 The coronavirus outbreak has led the world to a stand still. It has been affecting every industry in the world including MMA. After welterweight Lyman Good, it has been reported that Khabib Nurmagomedov’s father has been hospitalized after pneumonia and flu like symptoms.

Khabib’s father Abdulmanap Nurmagomedov is considered as a pioner of Russian MMA. No details have been provided as per coronavirus is concerned, however pneumonia is a major symptom associated with the virus. 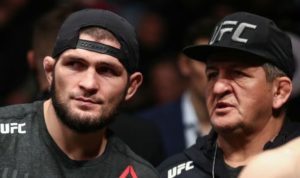 The news for revealed by Ramazan Rabadanov, a sports commentator in Dagestan and a close friend of Abdulmanap. He took to Instagram to reveal the shocking news. (via Instagram):

“Abdulmanap Nurmagomedov fell ill. I almost managed to equip the park, took out the garbage, planted an alley of new trees, put beautiful benches along the paths, and yesterday I did not come to the park. I hope pneumonia doesn’t really hook my friend and he will come to the park again.”

Speaking with Championat.com, Rabadanov provided some more information on Abdulmanap.

“Abdulmanap lies in Makhachkala, in the 2nd city hospital. Sick in the mountains. He walked for two days, the brothers barely persuaded [him] to go to the hospital. While coronavirus is not confirmed, they say the flu. No one is allowed to him. The world champion Shamil Zavurov also fell ill. They say there are other sick athletes,” Rabadanov said in an interview with Championship correspondent Andrei Pankov.

Abdulmanap then gave an update on his condition speaking with TASS. Fortunately the 57-year old is doing well.

“I feel fine, everything is well,” Abdulmanap Nurmagomedov told TASS.

Khabib was slated to take on Tony Ferguson at UFC 249 on April 18. However he had to pull out citing travel bans from his home country of Russia. The inevitable fight had to be cancelled for the fifth time. The fans were rightfully outraged on Khabib however the ‘Eagle’ claimed staying with his family is of utmost priority. Considering his father’s hospitalization now, that decision definitely paid off.

Khabib was replaced by top contender Justin Gaethje. The entire card has been rescheduled for May 9 as Ferguson will take on Gaethje for the interim lightweight title.

Previous articleCan UFC Betting Become as Big as Boxing Betting?
Next articleUFC News: Dana White reveals when fans will be allowed events next