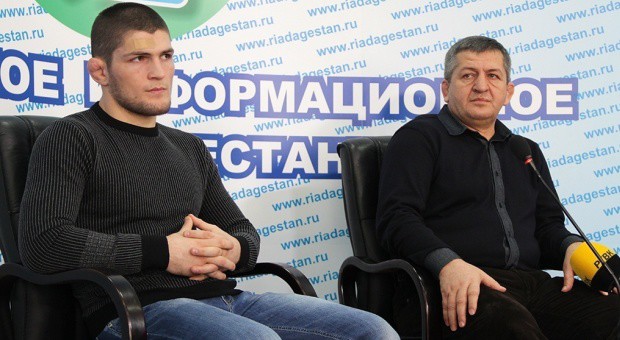 Khabib Normagomedov’s father, Abdulmanap Nurmagomedov, won’t be attending the UFC 229 event as his son faces Conor McGregor in what is described as the biggest fight in the history of UFC.

According to RT, Abdulmanap will not be granted a visa to travel into the United States. Abdulmanap participated in an interview at the U.S. Embassy in Istanbul, Turkey, on Friday but was ultimately denied a visa.

“Mentally they can’t get (under our skin). In that aspect we are standing firm,” said Nurmagomedov, as translated by RT.com. “We are even letting certain things pass. But we are not forgiving anything. The cage and the fight are still ahead (for Khabib and Conor).

Earlier last month, Khabib posted an Instagram post asking Dana White to ask Donald Trump to get his father a VISA. Khabib knew that the chances of his father getting the visa was slim.

Khabib Nurmagomedov vs Conor McGregor will take place at the T-Mobile Arena in Las Vegas on Oct.6.