Khabib on Mayweather: ‘It would be more interesting than Tony Ferguson fight’ 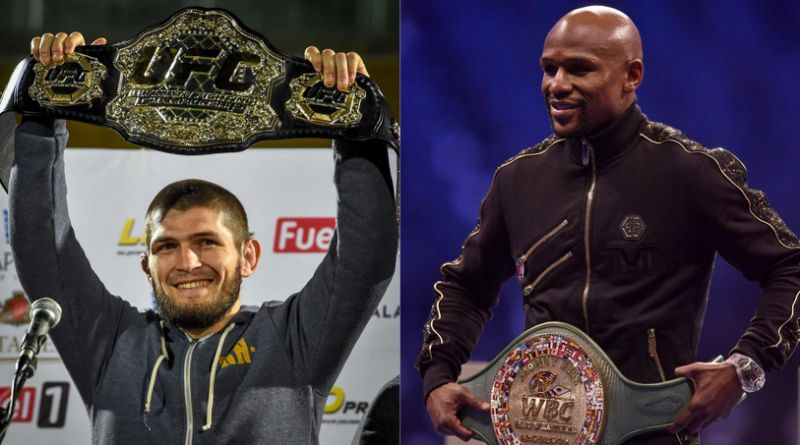 That win has elevated Khabib’s star power to a whole another level and is eyeing a fight against 5-division world champion Floyd Mayweather. Although, in an ideal world a fight against Tony Ferguson makes the most sense for Khabib Nurmagomedov.

Tony Ferguson continued his winning streak last month against Anthony Pettis on the co-main event of UFC 229, he was also coming off of a knee surgery, but he still managed to beat Pettis. He is currently on an 11 fight winning streak and it doesn’t look like he is slowing down anytime soon. He last lost a fight in 2012 and has been undefeated for six years.

Speaking today at a press conference in Russia, Nurmagomedov was asked whether he’d prefer to fight Mayweather or take on the former UFC interim lightweight champion Tony Ferguson.

“Frankly, I think money-wise and competition-wise, the bout against Mayweather would be more interesting,” Nurmagomedov said via a translator.

“I think it’s always very interesting when a person keeps winning. Why do people keep buying pay-per-views with Mayweather in? Because he keeps winning. He’s never lost. 50 bouts and 50 wins.

“Two undefeated fighters. It would be very interesting to see who wins.”

However, he says that he will have to wait and check the ruling of the Nevada State Athletic Commission.

I know it’s not just media,” He continued. “There are some guys even on my team that I don’t have a chance against Mayweather. This motivates me.

“But first we will need to await the commission to give their verdict and then we will talk about the next fight.”