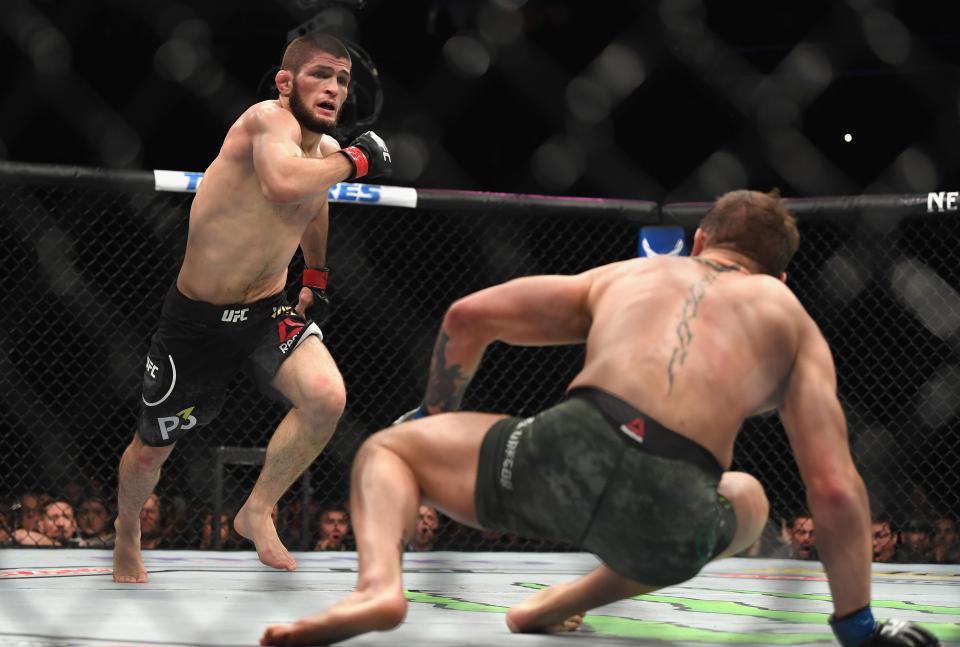 Khabib was brilliant throughout the fight in every aspect, he beat Conor McGregor in stand-up and dominated over him on the ground. Dana White said this was the biggest fight in the history of MMA and this fight had a lot of media attention and millions of fans tuning in throughout the world.

The fight sold around 2.4 Million pay-per-view buys and drew 20,034 fans and generated a live gate of $17.2 million. The PPV was the biggest in the history of UFC.

Now the Russian has received a huge offer to fight Conor McGregor in a rematch. 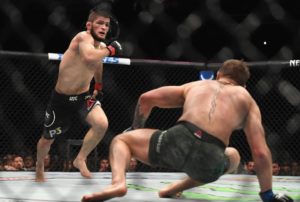 According to Khabib’s father Abdulmanap Nurmagomedov, an offer has already been made by the UFC.

His father said that top contenders like Tony Ferguson and Dustin Poirier are more deserving of a title shot despite the rematch option against the Irishmen being a more lucrative option.

“There are guys who deserve and wait for Khabib. We must respect them as fighters. This point should also be taken into account. Both the Dustin Poirier and [Tony] Ferguson. Ferguson, I think it deserves it.”

According to pops, Khabib Nurmagomedov has three or four battles left in him before calling it a career.

“Khabib has three to four battles left. I think that’s enough. How it goes, the Almighty alone knows, but the plans are as follows. I always had this dream – one fight (in Russia). Wherever, whenever, whoever. For the UFC to give us that. And I will be fighting for that right. We’ve spent almost an eternity (in the sport). With injuries, and without them, thinking of retiring, thinking of staying, thinking of the health. We came back, we proved our point, we won it. That is it. There is no motivation left. We won the belt, defended it.”

Do you want to see a Khabib Nurmagomedov vs. Conor McGregor next?