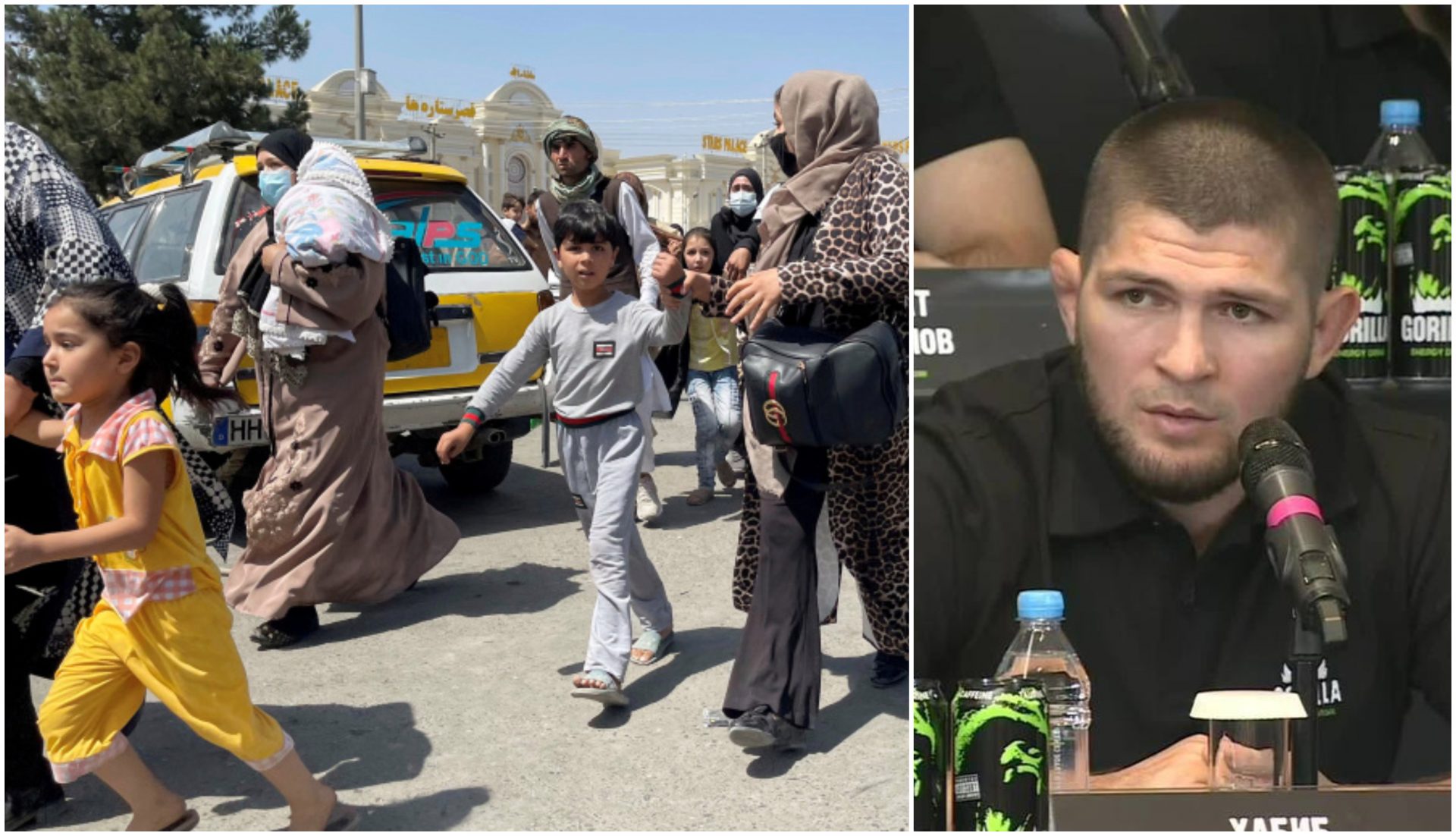 Former UFC Lightweight champion Khabib Nurmagomedov was struck with a question regarding the current Taliban takeover in Afghanistan, and the Dagestani mixed martial arts legend had a witty response to it.

Afghanistan has fallen into the hands of the Islamist organization Taliban who have been designated as terrorists by many nations. In the past month or so, Taliban forces rather quickly captured a number of provincial capitals before grasping Kabul, faster than what any government administrators forecasted, putting lots of Afghan nationals, mainly those exactly who helped The United States forces, especially prone.

In the meantime, a reporter who was present during a Gorilla Energy press conference, threw a question regarding the situation in Afghanistan to Khabib, who recently signed a five year deal with Gorilla Energy.

I wouldn’t like to discuss this political moment that happens thousands of kilometres away: Khabib denied to comment on Taliban’s takeover of Afghanistan

Referring to the situation in France last year, when a teacher was beheaded for showing a controversial picture from the Charlie Hebdo magazine, the reporter asked if Khabib wanted to comment on the Taliban takeover of Afghanistan, as he had responded to what happened in France.

“You were talking about the situation in France last October. It was hard,” as the reporter started to ask Khabib, the MMA fighter quickly responded that he didn’t want to talk about it.

“That was last October. It’s August now, I don’t wanna talk about it”, Khabib replied.

The reporter cleared himself up by saying that his query was not about France but rather about Afghanistan, “My question is not about that, I want to ask about the situation in Afghanistan nowadays.”

“Are you shocked by it?” added the reporter.

To which, Khabib replied if the reporter had any links in Afghanistan. As the reporter denied, the 32-year-old added that he didn’t either.

Last year, Khabib had slammed Emmanuel Macron, the President of France, for his comments over Islam. A devout Muslim, Khabib condemned Macron’s remarks on his religion and also posted a photo on his social media with a picture of a boot print on the face of the French President.