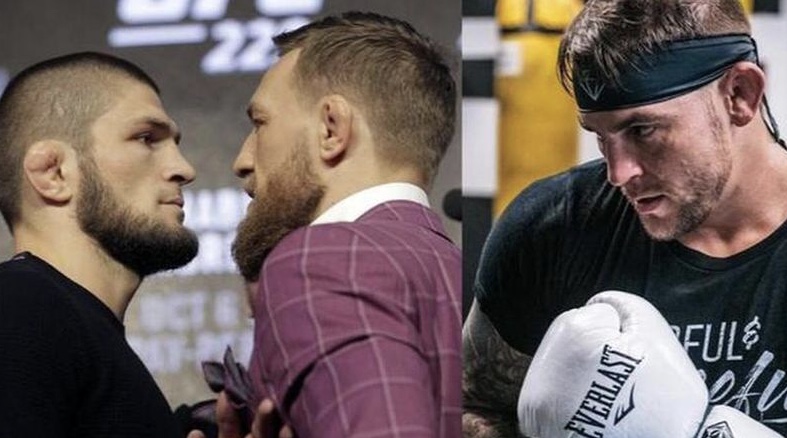 Khabib Nurmagomedov takes a dig at a proposed fight between Conor McGregor and Dustin Poirier which has yet-to-be finalized. 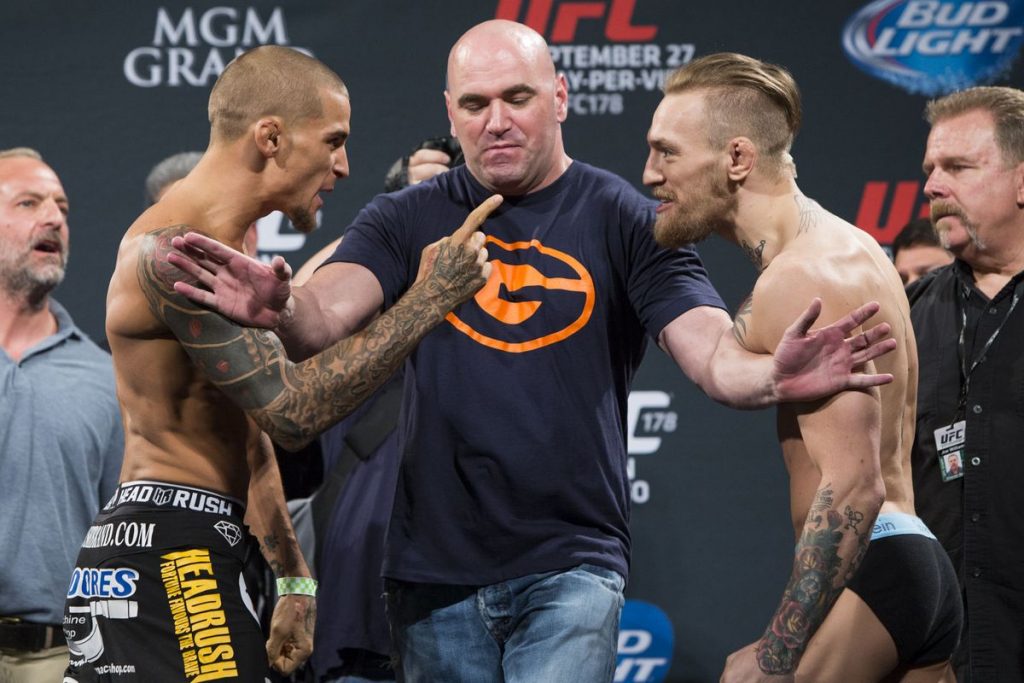 Current Lightweight champion Khabib Nurmagomedov, meanwhile, previosuly stated that the next man to defeat Poirier would get a shot at the strap, even if it is McGregor, a man he vowed to never give another opportunity to. Still, when asked by TSN’s Aaron Bronsteter whether or not he’d stick to his word, Khabib said he would…as long as the winner beats “Diamond” at 155 pounds. 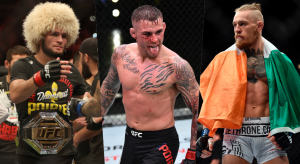 While Nurmagomedov respects Poirier — which was evident after their fight at UFC 242 — “The Eagle” is a bit puzzled as to why he agreed to give Conor the pleasure of fighting at 170 pounds just because he started waving money around.

“I don’t understand why Dustin show his weakness. This is just my opinion. You have to say something, and this is my opinion. He have to do something, too. They ask him to fight and Conor said I am going to donate you money and he say ‘yes, yes, yes.’

“But Dustin is a Lightweight fighter, he’s not a Welterweight fighter. Why are you going to fight at 170? If you want to fight for the title then you have to make 155,” continued the 155-pound champion before taking one last parting dig.

“So we will see. This Saturday the two best Lightweights in the world are going to compete, and they are not Dustin and Conor.”

Do you agree with Khabib Nurmagomedov that Conor McGregor vs. Dustin Poirier 2 will have no impact on the UFC lightweight division ?

Previous articleFights We Want To See After Conor McGregor vs. Dustin Poirier 2
Next articleKhabib Nurmagomedov wants to be the Floyd Mayweather of MMA with a record of 30-0