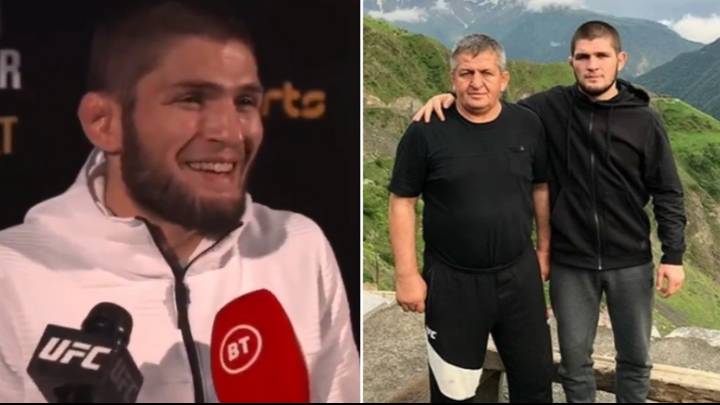 Khabib Nurmagomedov has announced the details for the tribute tournament in the memory of his late father and mentor Abdulmanap Nurmagomedov. The UFC lightweight champion revealed that the event will be an annual showcase featuring local fighters from across various promotions. 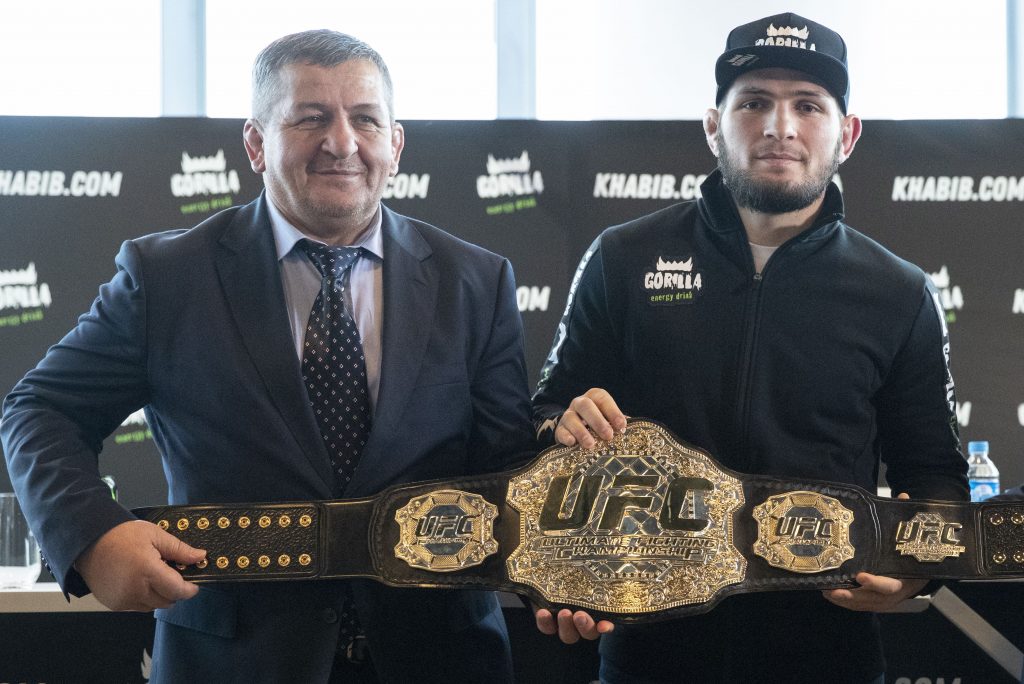 This had obviously been in the works since the untimely passing of his father due to COVID-19 back on July 3rd. His death sent a shockwave through the MMA community, as he was not only the UFC lightweight champion’s father, but a mentor to a plethora of other high profile fighters out of Dagestan.

Khabib Nurmagomedov is currently scheduled to defend the UFC lightweight title against the division’s interim champion, Justin Gaethje, at UFC 254 on October 24 in Abu Dhabi.

Khabib revealed details of his tournament in a recent interview with Match TV. Nurmagomedov announced the tournament will take place every year and expressed his desire for it to feature elite level MMA fighters, he said.

“This tournament will be annual, we have already planned it. Only the date will change. So every year at the end of summer or at the beginning of fall we will have this event every year. Other than that, there were no problems with the organization.”

“The fighters wanted to fight, and promoters also were also interested in making the event. Most likely due to the fact that many events have been canceled because of coronavirus pandemic. So everything came about very well. I hope the tournament will be held at a high level.”

Khabib Nurmagomedov took time out to highlight two fights on the card that will take place this coming Wednesday at the Irina Viner-Usmanova Gymnastics Palace in Moscow, Russia.

“I can highlight two fights from this event.” Nurmagomedov said. “The first one is with my brother Usman. And the second one is the main event. A fight between two champions of their organizations (Fight Nights Global and GFC) – Vladimir Mineev versus Dauren Ermekov.I think Mineev will be the winner, but you can’t underestimate Ermekov.”

Nurmagomedov said he hopes to have high-level fighters come to be part of it, as well as all the local Dagestani and Russian talent. The event will be run by the organization, Fight Nights Global. As a matter of fact, this can be with Khabib Nurmagomedov’s help and watchful eye, a faster launching pad to not only the UFC, but to Bellator, ONE Championship, and LFA.

Paige VanZant thinks she might have COVID-19 along with her husband: “We are officially sick”