Khabib vs Tony called off 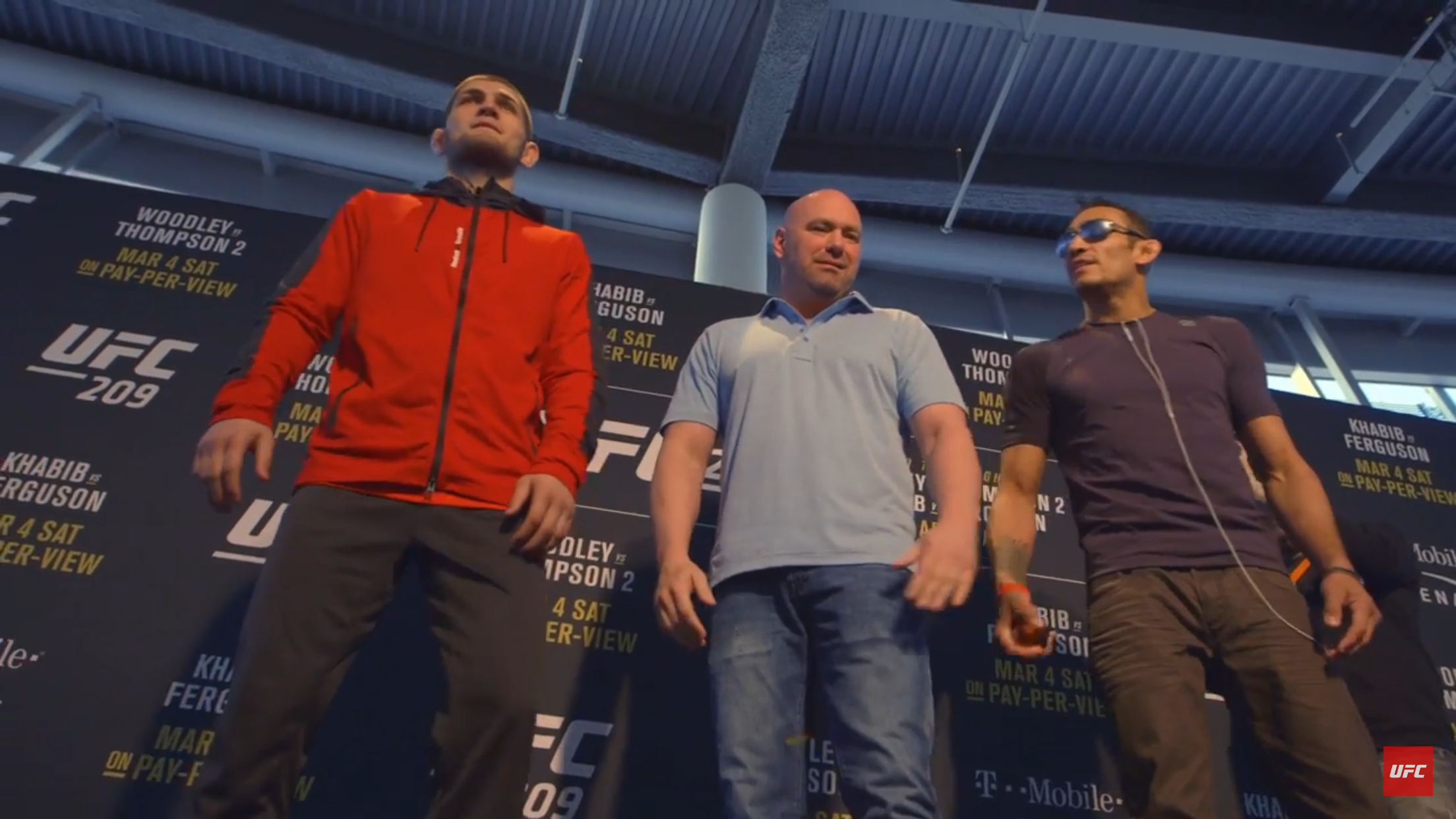 Tony’s words at the media face off now seem to have a prophetic ring to them. He said sarcastically to Khabib ‘good luck with the weight cut’.
Three hours before the weigh in, Khabib was in the hospital with weight cut issues and the doctor advised him not to fight and the UFC cancelled the fight and gave out the following statement

After the ceremonial weigh in’s though, Tony showed a lot of class and wished the UFC and Khabib the best and said these things happen in fights and urged the viewers to still buy the PPV. Michael Johnson made a last minute offer to fight which Tony turned down as the money being offered to fight Michael was significantly less.
Khabib’s manager  gave a statement saying Khabib was resting in the room now and they apologise to Tony,the UFC and the fans. 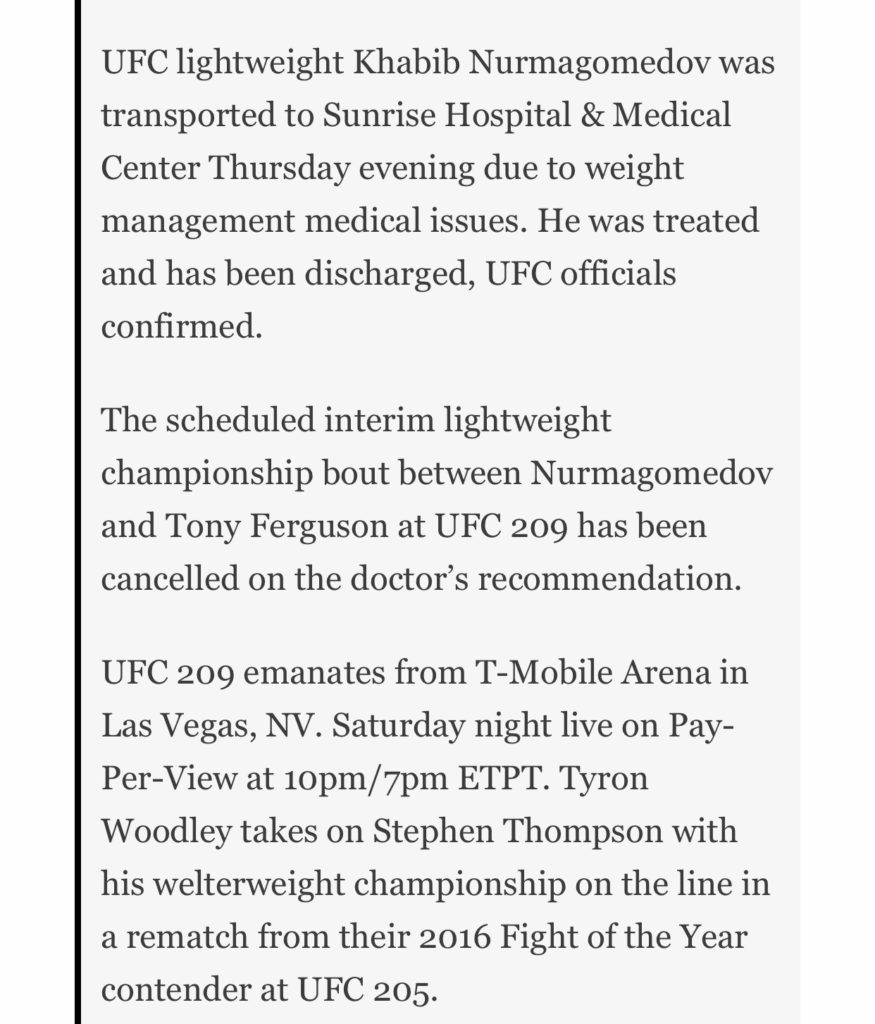