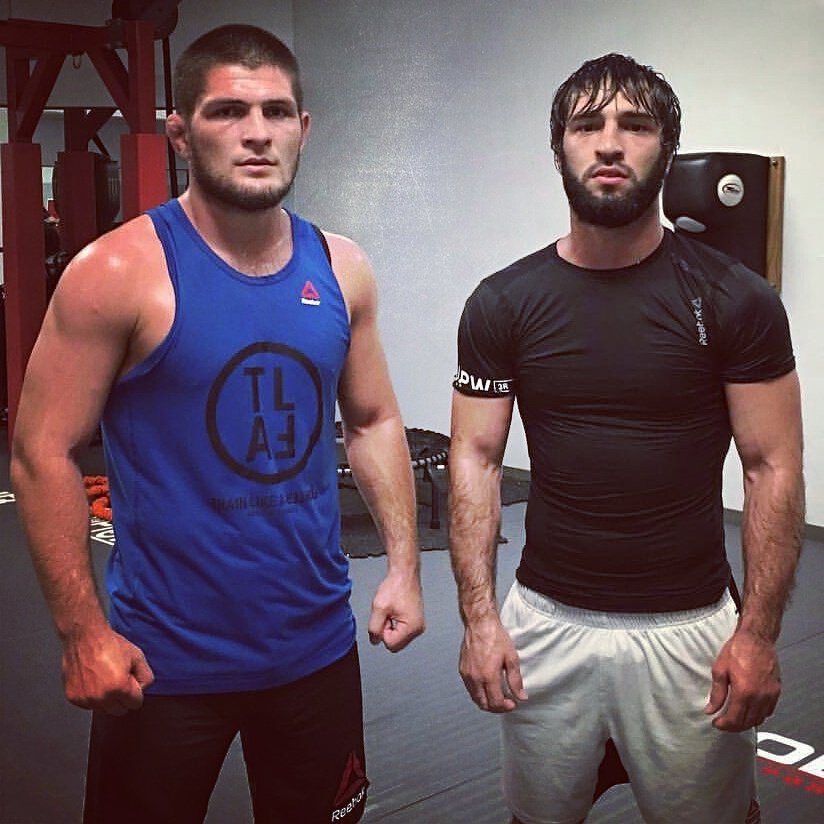 Khabib Nurmagomedov, who was present at Calgary for the UFC on Fox: Alvarez vs. Poirier 2 event spoke to the media about a potential fight with Conor McGregor, and his confrontation with McGregor ’s teammate Artem Lobov, and much more.

Speaking to the media, the UFC lightweight champion also floated the idea of a potential matchup between his teammate Zubaira Tukhugov and one of McGregor’s guys- directly implying Artem Lobov.  Zubaira, who trains at the American Kickboxing Academy with Khabib, was in the hotel lobby when Khabib had that heated encounter with Lobov, which culminated in the UFC 233 melee.  This isn’t the first time talks about Chechen fighting Lobov has surfaced. Zubaira has been trying to get a Lobov fight for the past couple of months.

Zubaira was pulled from his last fight in UFC after being notified by USADA of a potential anti-doping violation, he received a two years USADA suspension and  $10,000/-  fine for the above charge.