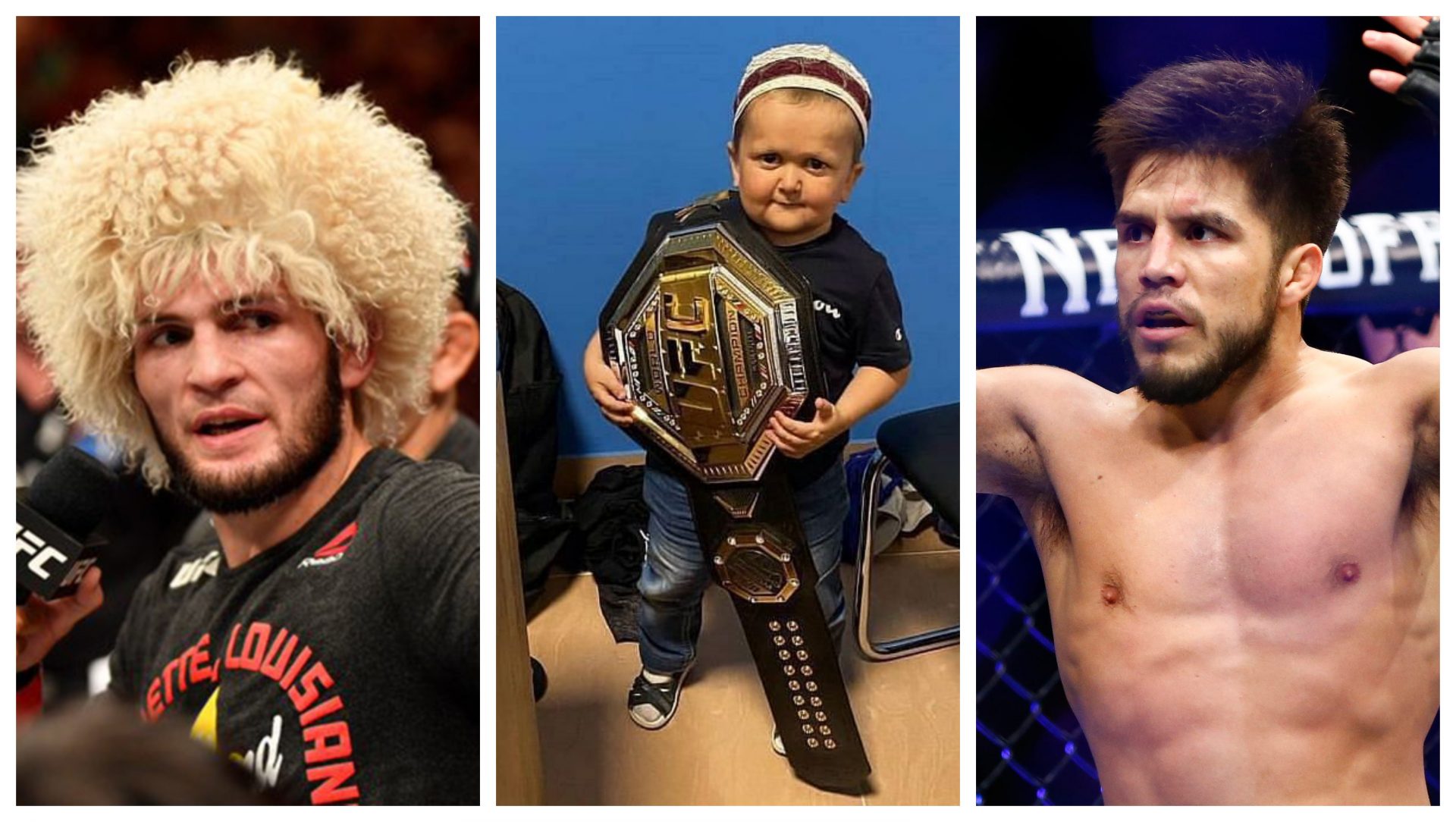 “Mini Khabib” Hasbulla Magomedov has found himself in a verbal feud against former UFC Flyweight and Bantamweight Champion and at the same time, the 18-year-old has gained backing from none other than his fellow Dagestani and friend, Khabib Nurmagomedov himself.

It all started when in a recent video on Ashab Tamaev’s YouTube channel titled “Hasbulla vs Abdurozik. 20.000.000$ UFC fight”, Hasbulla decided to pick Henry Cejudo as his next opponent after facing Abdu Rozik.

Surprisingly, Cejudo wasn’t ready to let this slide without a proper response. The 34-year-old recently shared a clip on Instagram, where he was seen speaking Russian and in Hasbulla’s mother tongue, “Triple C” told the Dagestani, that he was “I’m gonna rip you apart.”

“@hasbulla.magomedov your days are numbered. I’m the King of Russia 🇷🇺 Oh and don’t think you’re off the hook either @abdu_rozik #bendthekneeyogachallenge,”

Meanwhile, none other than “The Eagle” himself came in support of Hasbulla, and warned Cejudo that all Dagestanis will be backing their beloved “Mini Khabib” in the fight.

“Be careful Champ, all Dagestan with Hasbulla 😡👊” the undefeated ex-UFC Lightweight champ commented.

However, Cejudo’s banter at Hasbulla didn’t just stop there. Recently, he also called out the teenager over his acting skills in the video, as well as took a dig at the current UFC Bantamweight champion Aljamain Sterling for taking “lessons” in acting skills.

Khabib and Hasbulla are known to have a great bonding with each other. The two have been seen together in restaurants clicking pictures, and the 32-year-old MMA legend even shared a short clip of Hasbulla on his official Instagram back in April.

Hasbulla who now has a huge online presence across social media platforms as well as on TikTok, recreated Khabib’s weigh in from UFC 229. The resemblance was astoundingly similar, as he perfectly imitated Khabib’s entrance walk, as well as flexing and even pointing towards the sky, which won the hearts of Khabib’s fans.

What do you think about Khabib supporting Hasbulla against Cejudo? Let us know in the comments below.