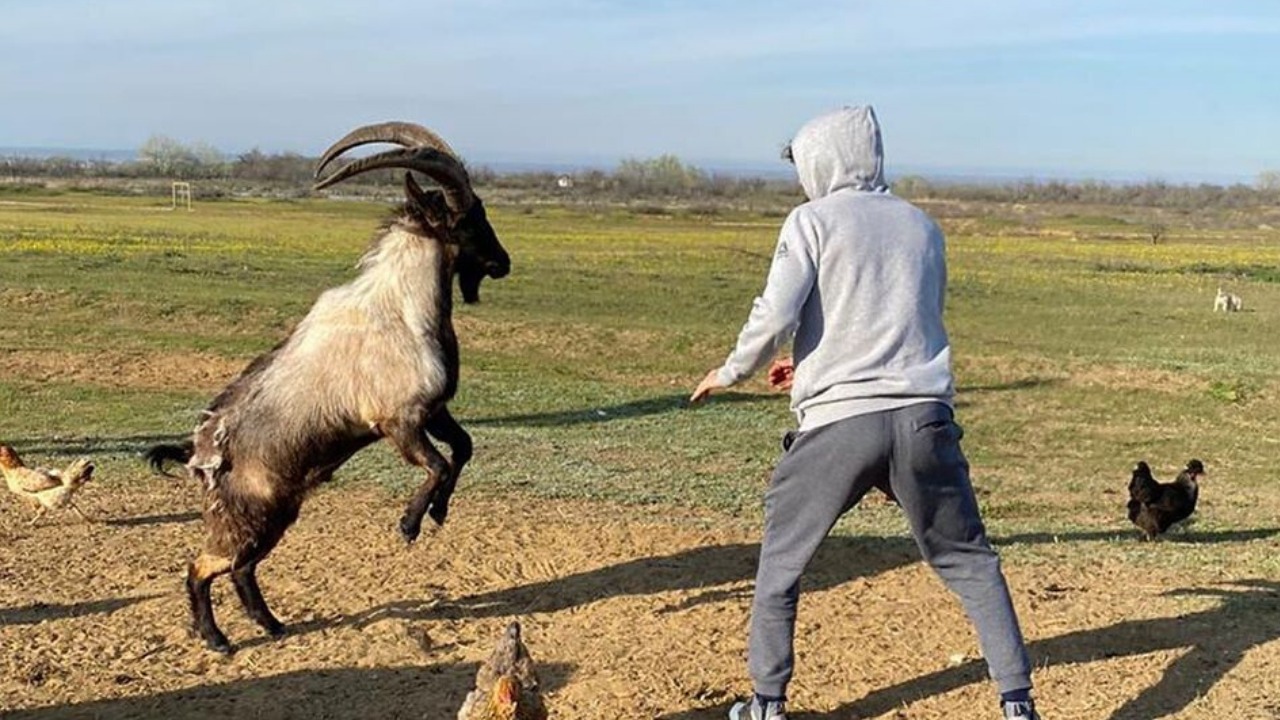 No gym? No problem! Gyms have been closed due to the COVID-19 pandemic. However UFC featherweight Zabit Magomedsharipov is using innovative techniques to get in some training.

Zabit took a page out of champ Khabib Nurmagomedov’s book, by using animals for some fun training. Nurmagomedov is known for grappling with bears right from a young age. Zabit took it a notch higher by sparring with a goat. 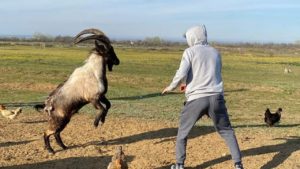 Zabit (18-1 MMA, 6-0 UFC) was most recently seen in action at UFC Moscow back in November. He took on an extremely talented Calvin Kattar. Magomedsharipov was able to get a hard fought unanimous decision win. The win extended his undefeated record inside the octagon to six.

However Zabit showed signs of slowing down despite it being a three round fight. Zabit being a highly hyped contender, his cardio is now being considered as a vulnerability. Speaking in a recent interview, he addressed the issue.

“I wouldn’t say that I’ve got the best endurance. I have no problems going five rounds during training. Sometimes my weight cut doesn’t go as planned. I can get sick,” Zabit Magomedsharipov said to the Russian media. “I use up a lot of energy, when you kick it takes a lot of you. If it’s just boxing, I can easily go five rounds. When you do the same thing all the time, it doesn’t take much energy.”

Magomedsharipov agreed the fact that addressing his cardio problems has been annoying. However he claims to know his weaknesses and has been working on them.

“At first it was annoying. Now, I don’t pay attention to it. Every other person I meet wants to talk about endurance. Everything’s okay, but it definitely gets tiring,” he said. “It must be contagious, every other person tells you the same thing. I have trainers, after all, they probably know what I’m missing. I know myself.”

Previous articleUFC News: Jan Blachowicz threatens to ‘fist’ Jon Jones and the Champion calls him a ‘strange guy’
Next articleMMA India Exclusive with Chhote Lal: Mary Kom will continue fighting even after she is 40!