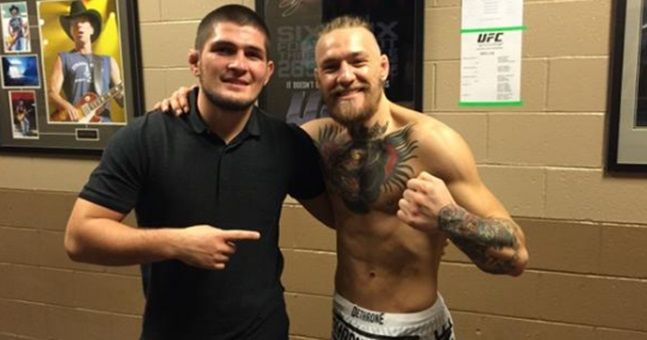 Khabib Nurmagedov’s agent, Ali Abdelaziz, recently spoke to TMZ Sports where he stated that on April 7th at UFC 223 Khabib would fight Tony Ferguson for the lightweight belt and that Khabib would beat Tony within three rounds and after that he would make Conor Mcgregor wait before giving him a chance to ‘regain’ his belt and after fighting and defeating Conor he would then possibly retire undefeated.

Well that’s a tall claim to make and whether he defeats Tony or not remains to be seen…this of course is one of the most eagerly awaited fights of the year.

Wonder what Tony would have to say.