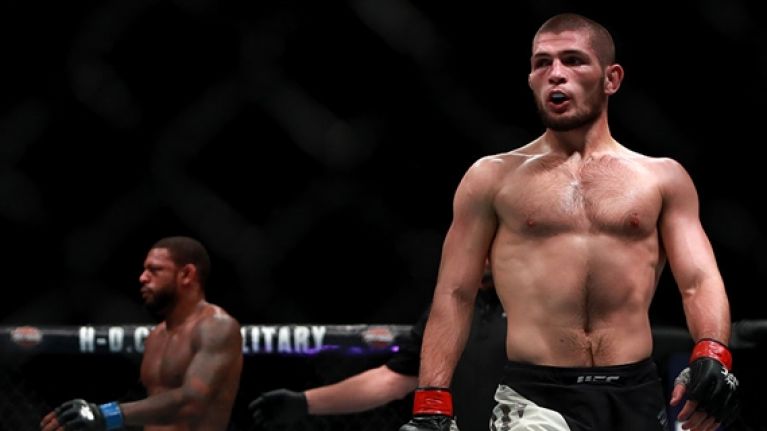 Following his win at UFC 229, Khabib Nurmagomedov has been enjoying his new found stardom. He is on a world tour visiting different places. He shared a picture on his Instagram account doing charity work in Nigeria. He was seen in Turkey meeting with Turkish PM Erdogan.

Khabib recently was abroad and was asked if he had advice for female fighters. Khabib took his time to respond and it might trigger a lot of people.

Khabib then said: “Be a fighter inside your home.”

The audience seems to have liked what he just said and erupted in cheers.

“All the time, finish your husband. [more cheers] smash him really bad.”

Khabib has made numerous controversial statements before including advising his countrymen in an Instagram post about the immorality of rap music, he has endorsed criminal Ziyavudin Magomedov, an oligarch arrested on embezzlement and organized crime charges. This video is no doubt going to cause a lot of controversies and might even destroy Khabib’s reputation among female Khabib fans in the West.

It was no doubt a comment which leaves a bad taste amongst many MMA fans and Khabib is known to be a staunch follower of Islam and strictly follows Islamic rules and regulation.

Previous articleFighter pulled from UFC 231 card after he was deemed too heavy to make weight
Next articleHuge news: TJ Dillashaw vs Henry Cejudo removed from UFC 233, will headline UFC’s debut on ESPN+