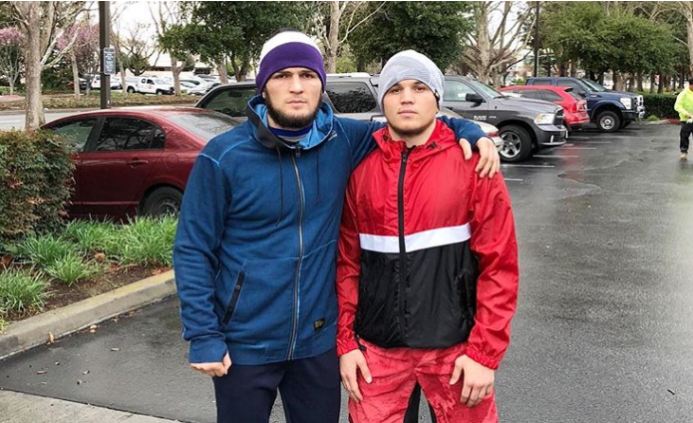 According to the veteran Journalist Ariel Helwani, another cousin of Khabib Nurmagomedov is very close to signing a deal with Professional Fighters league (PFL).

The 22 years old Omar Nurmagomedov is undefeated in MMA (7-0 MMA) and is highly likely to be seen fighting for PFL real soon, however, no official confirmation to this regard has been made yet. Omar had earlier fought in the Russian Mixed Martial Arts promotion Fight Night Global.

Omar Nurmagomedov, who fights in the bantamweight division is the latest entrant from the Dagestani stable to the Global MMA scene. Headed by former Russian national combat sambo champion Abdulmanap Nurmagomedov and the undefeated UFC lightweight Champion Khabib Nurmagomedov Dagestan has produced other notable fighters like Khabib’s nephew Abubakar, as well as UFC standout Islam Makhachev.

Previous articleUFC: Colby Covington says the UFC “isn’t stripping anything”
Next articleUFC: Kevin Lee says he has started training camp for UFC 229 without an opponent