I don’t see a real challenge in him: Khamzat Chimaev prefers Covington-Masvidal winner over Gilbert Burns 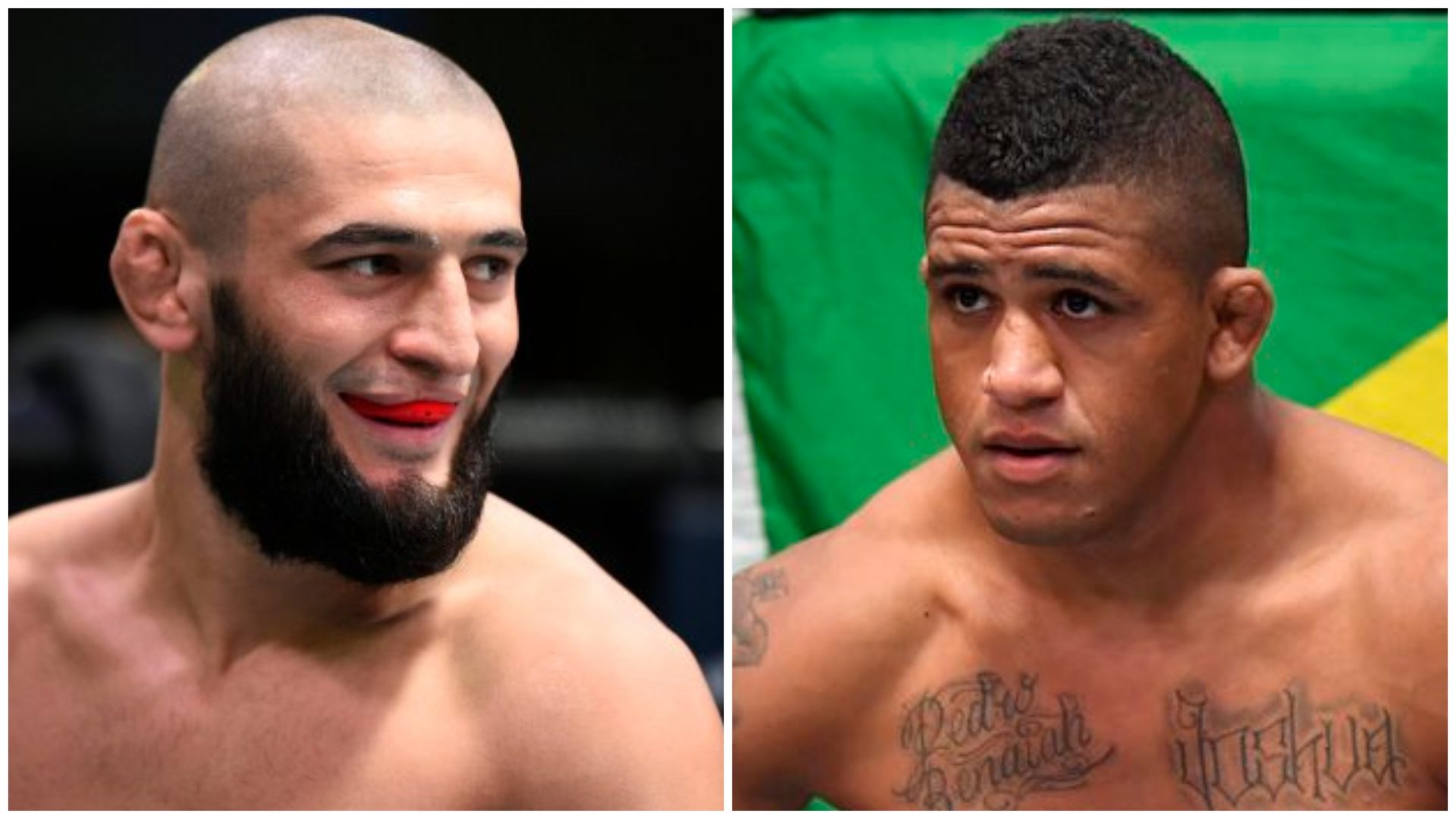 Khamzat Chimaev is one of the most exciting MMA fighters to rise to fame in recent times, and the UFC Welterweight contender has been racking up one win after another inside the Octagon. There are talks about a possible fight against Gilbert Burns on the horizon, but Chimaev believes the veteran Brazillian is no match for him and wants to take on the winner of the UFC 272 main event- either Colby Covington or Jorge Masvidal.

All those numbers mean nothing: Khamzat Chimaev believes he will smash Gilbert Burns

With four wins and zero losses in the MMA top drawer promotion, the Chechnya-born Swede is heavily rumored to square off against former title contender Gilbert Burns up next, followed by a possible 170-lb title shot against Usman in late 2022. However, Chimaev sees no real threat from Burns and has his eye at the top layer of 170- to take on the Covington vs Masvidal winner, set to take place on 5th March at the T-Mobile Arena.

“All those numbers mean nothing. To be honest, I don’t see a real challenge in him. We’ll see. Everything may happen in a fight, but I am confident as usual,” Chimaev told RT Sport in a recent interview, “I think I will just smash him with my skills and power. I feel that way. He might feel different, but I will go there and do what I did the last time.”

Even though he can’t give a verdict of the Covington-Masvidal matchup, “The Wolf” believes that the winner is the one who he is facing up next, before he turns his gaze at Kamaru Usman’s Welterweight title.

“I think it’s 50/50. I don’t care which of them wins. I am fighting Burns now, then after beating Burns, hopefully, I will fight the winner of Masvidal-Covington, because it seems like Usman has a hand injury and needs time to recover. I hope he will recover soon. I am waiting for this guy, too. Looking forward to fighting him. But for now I think the winner of our fight with Gilbert will fight the winner of Masvidal-Covington for the interim title or just the No. 1 contender spot. Then Usman should come back and we will fight him. This looks like a good plan to me,” Chimaev added. [H/T BJPenn.com]

Previous articleIsrael Adesanya might head to WWE: ‘I thought I was going to be a wrestler at one point. Still might, you never know’
Next articleConor McGregor says he has the best ground and pound in MMA