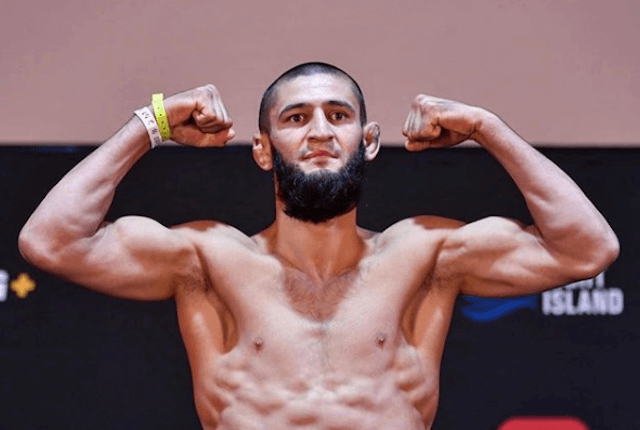 The featured bout of the UFC on ESPN 13 preliminary card this weekend featured the highly regarded debudant Khamzaet Chimaev taking on a dangerous John Phillips.

The classic striker vs. grappler bout called for some fireworks, setting up a platform for the main card to follow. The fight though delivered, turned out to be a one-sided affair. Being born in Chechnya, Russia, Chimaev showcased his trademark grappling pedigree to dominate Phillips before submitting him in the second round. 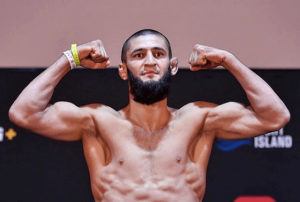 The win sky rocketed his stock and at the age of 26, one may expect him to break some records in near future. However this early?

According to MMA reporter Mike John, UFC President Dana White is looking to book Chimaev for a quick turnaround on the July 25 card, just 10 days after his win last weekend. (via Twitter):

No opponent set, but if he gets it, would have chance to set a record for shortest turnaround between UFC wins at 10 days.

Chimaev in the history books?

This would give Chimaev a chance to set a record for the shortest turnaround between two UFC wins at 10 days.

The record is currently held by UFC featherweight Chas Skelly. Skelly defeated Tom Niinimaki via first round submission back in August 2014. He then fought and defeated Sean Soriano just 13 days after his previous win, thus setting the modern era record.

Before Skelly, the record was held by tough veteran Chris Leben. Leben defeated Aaron Simpson via second round TKO back in June 2010. After only 14 days, he took on veteran Yoshihiro Akiyama and defeated him via third round submission. He also earned a bonus in both of these victories.

Chimaev wants to go down at welterweight, and he already has a name!

Speaking in a post-fight interview after his win this week, the undefeated middleweight said he would like to go down at welterweight. He called out fan favorite and veteran Donald ‘Cowboy’ Cerrone for a showdown as early as next week!

“This division is not my division, … but I felt good. I did this before – same weight class. But down in weight is much better for me. I want to be champion at welterweight. I’m going to be champion in that.”

“I could fight next week if they have (a fight). I told them, ‘Give me Donald Cerrone.’ If they give (him to) me, it’d be an amazing fight for me. I’m going to smash him and everybody is going to talk about it.”