UFC prospect Khamzat Chimaev has revealed his future fighting plans in the sport of MMA and also talked about a few things he wants to achieve before finally retiring from the sport. Khamzat Chimaev has taken the UFC by storm. From the day he arrived in the promotion, he has made name for himself. He first caught the limelight after he fought two back-to-back fights in a mere span of 10 days. He is now 10-0 in MMA and 4-0 in the UFC and has finished all of his fights in the promotion. In a recent interview with RT Sport, the welterweight prospect said he wants to capture two or three belts in the UFC. 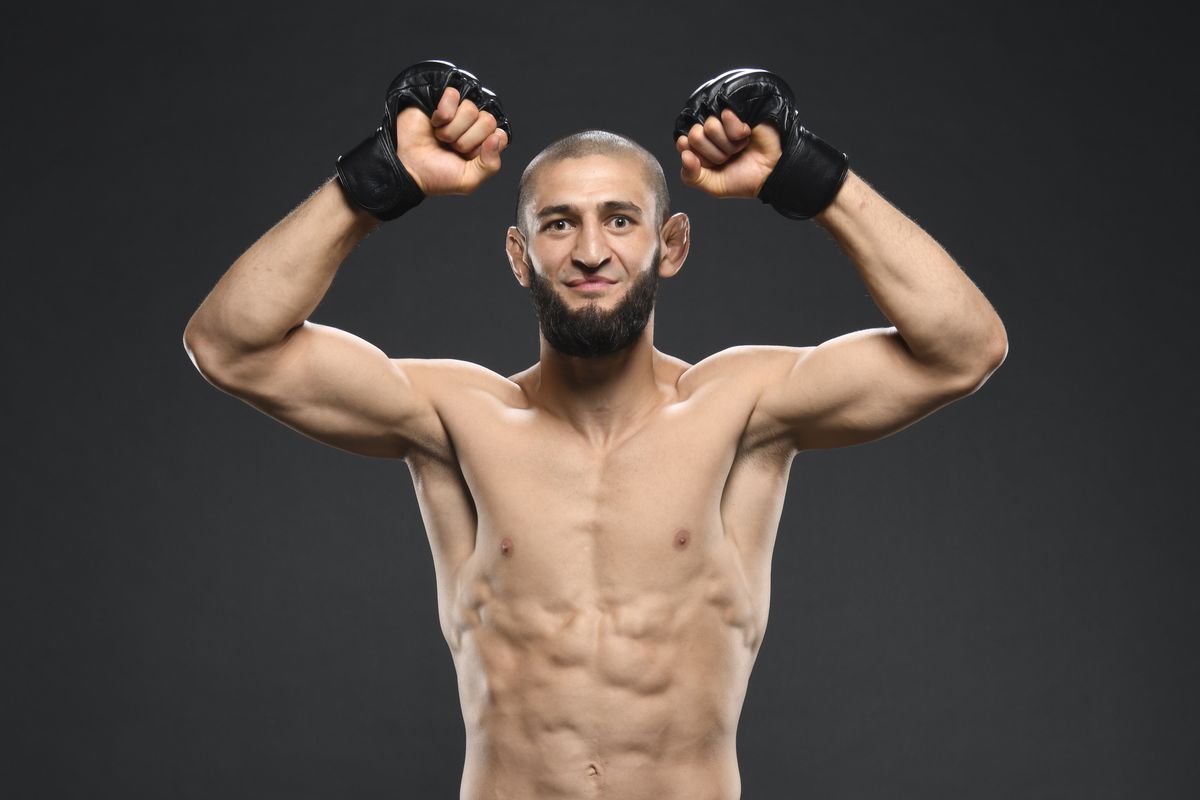 “Well, probably getting a few more championship belts. Becoming the best. I don’t want to be just a regular guy who won one belt. I want two or three belts. We’ll see, if I can do it I will do it. We may make our plans, but God has the last word.”

Khamzat in his last fight fought Li Jingliang on October 30, 2021, at UFC 267. He won the fight in a very dominant manner as he picked up Li in a takedown attempt slammed him on the ground-controlled him for a minute and then locked him in a rear-naked choke. He put Li Jingliang to sleep and texted his record to 10-0. This win over Li Jingliang also put Khamzat in the No. 11 spot on the rankings.

Khamzat Chimaev talks about his next fight will Gilbert Burns 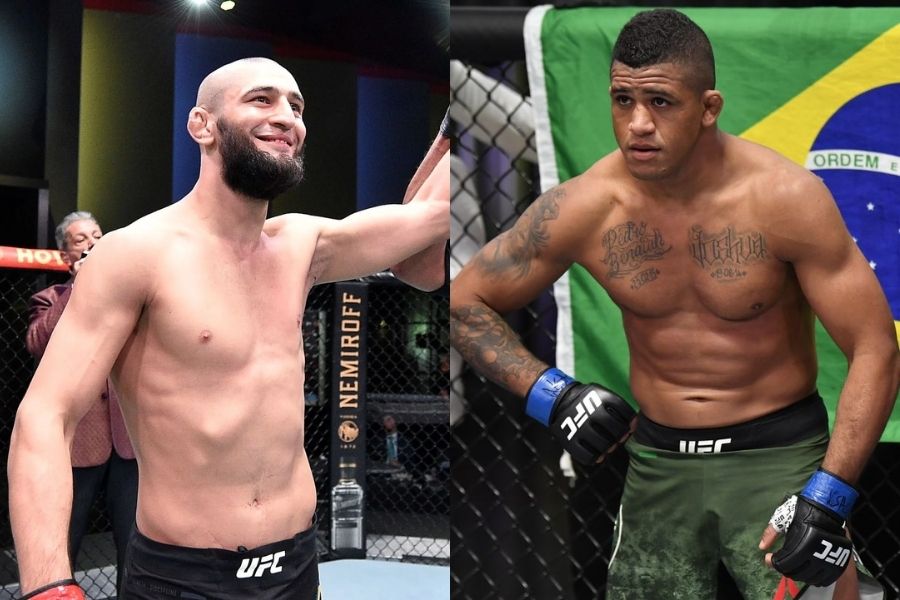 According to the latest reports, Khamzat Chimaev is expected to fight Gilbert Burns next. The fight is not official yet but the sources tell us that this is a fight that UFC is keen on making. Khamzat Chimaev feels that the Gilbert Burns matchup won’t be as tough as many people think it might be. 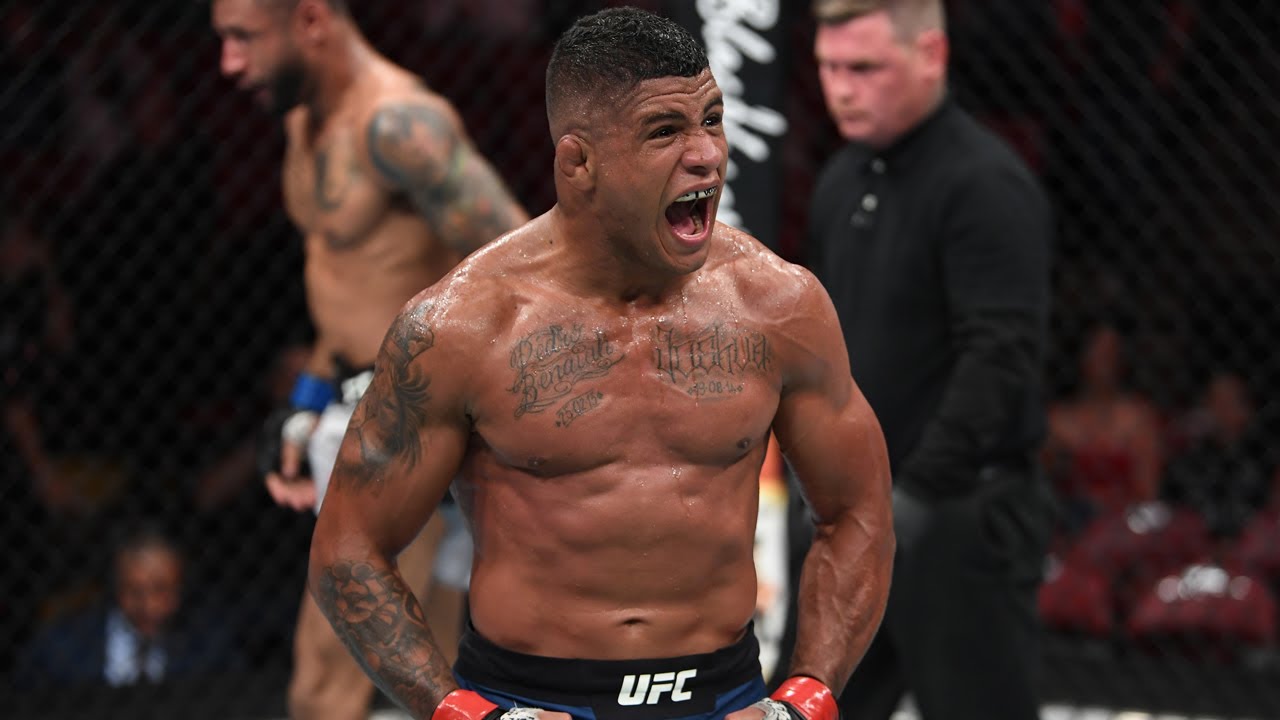 “All those numbers mean nothing,” Chimaev told RT Sport. “To be honest, I don’t see a real challenge in him. We’ll see. Everything may happen in a fight, but I’m confident, as usual. I think I will just smash him with my skills and power. I feel that way. He might feel different, but I will go there and do what I did the last time.”

“I think they will give us a great fight,” Chimaev said on Masvidal vs. Covington. “Masvidal is a slight favorite for me, but Colby is also a tough guy. He fights well. We’ll see. I think it’s 50-50. I don’t care which one of them wins. I am fighting Burns now, then, after beating Burns, hopefully, I will fight the winner of Masvidal-Covington because it seems like Usman has a hand injury and needs time to recover.”

“I hope he will recover soon, so I am waiting for this guy, too. Looking forward to fighting him. But for now, I think the winner of my fight with Gilbert will fight the winner of Masvidal-Covington for the interim title or just for the No. 1 contender spot, and then Usman should come back, and we will fight him. This looks like a good plan to me.”