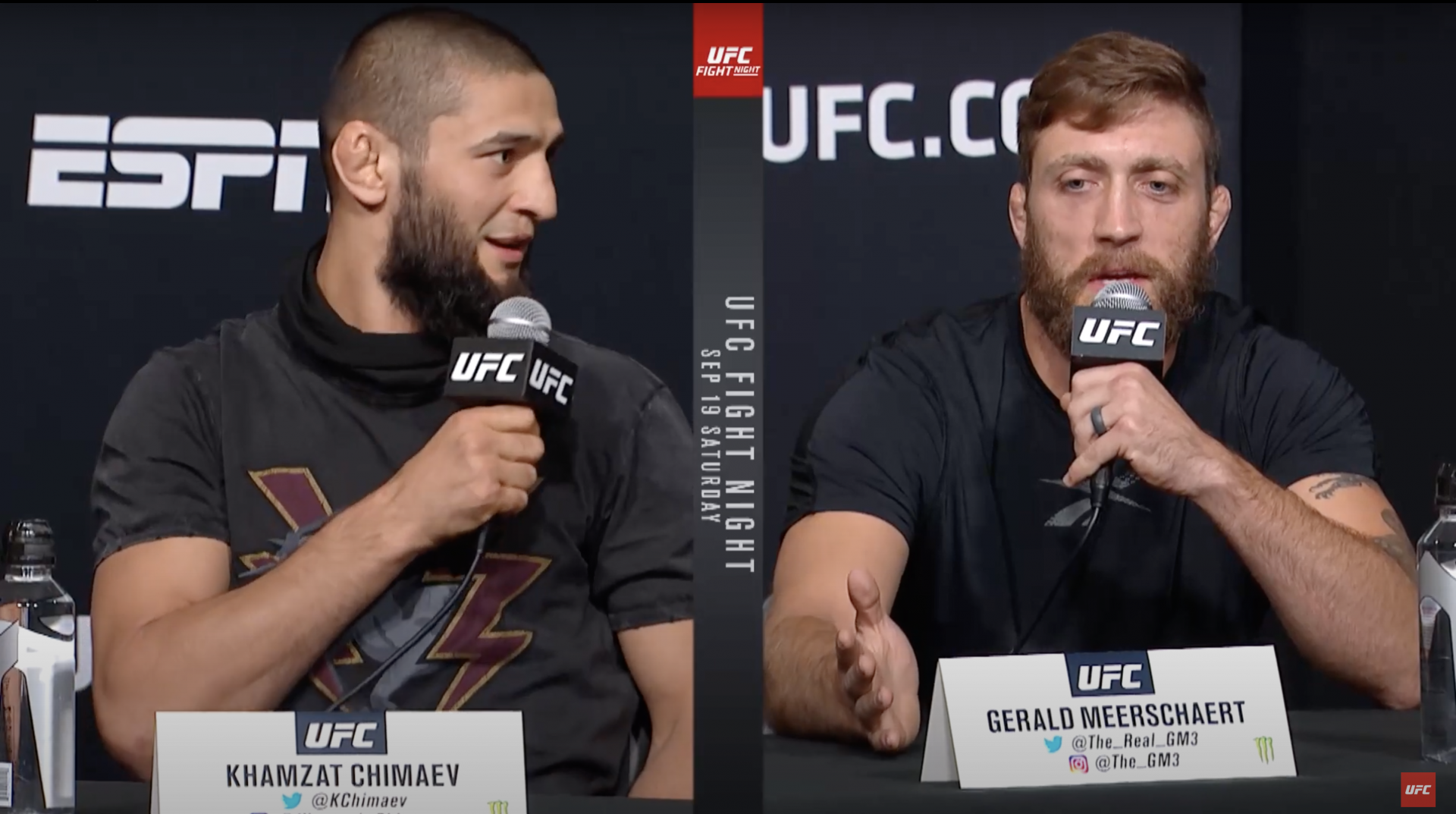 Khamzat Chimaev, the undefeated UFC fighter called his opponent Gerald Meerschaert ‘chicken’ and said he is going to kill him at UFC Vegas 11.

Chimaev, burst onto the scene in July when he ran through two opponents in just ten-days. He has since looked unbeatable in his stoppage wins over John Phillips and Rhys McKee. 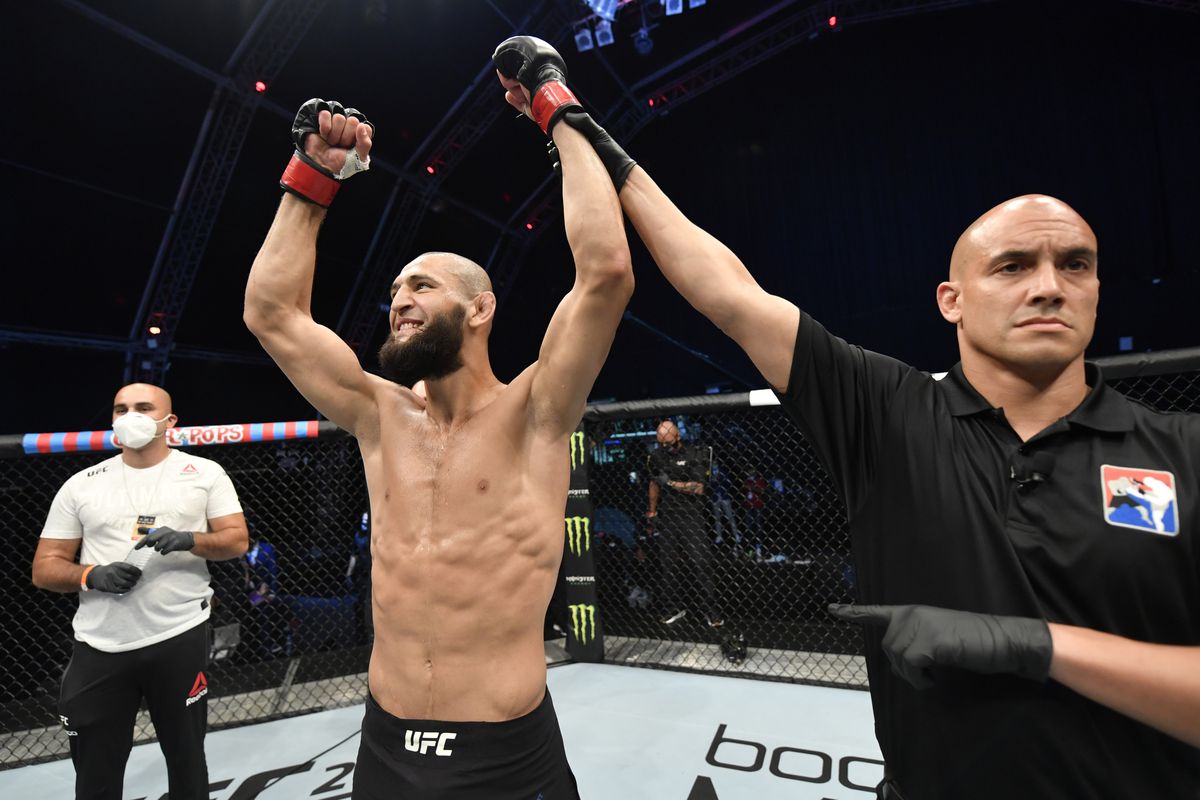 Khamzat has had the UFC promotional train fixed to him since his arrival in the promotion, and perhaps controversially, now has two fights booked ahead of him at once. First up, this Saturday night against Gerald Meerschaert, and then his second bout against Demian Maia in about a month.

Chimaev claims he crossed paths with Meerschaert in Las Vegas this week. He shared his thoughts on his opponents and how the fight will go on during the UFC Vegas 11 media day.

“I don’t know why he’s disrespected. Amateur boxing people go with five or six fights. I’m going to fight here and then after one month, but I did in 10 days two fights. I don’t know why he feels like this,” Chimaev said (via MMAjunkie.com). “He speaks too much, he talks too much. He says, ‘You disrespect me.’ I didn’t like that. I said, ‘I’m going to smash you, chicken.’ And he says nothing and I go from there.

“I’m better everywhere. I’m better wrestling, I’m better grappling. I’m better at striking. No one going to stop me. … I don’t know what’s going to happen on Saturday night, but I’m going to go 100 percent to kill this guy. That’s what I know. With everything to finish him.’

Meerschaert also weighed in on this confrontation. He seemed to take the situation a little less than his rival.

“We passed each other in the hallway earlier today – it was pretty quick,” Meerschaert said of his encounter with Chimaev. “He tried, I think he was trying to talk trash to me. He just kept saying, ‘don’t talk too much’ and I was kind of like ‘OK, we’re fighting Saturday, we’re not going to do anything now’ because I want to make money. I don’t know what his deal is.”

“Not only that, but I don’t think it’s a very cool thing to flex when you’ve got a bunch of your friends with you and stuff. Like I had one guy with me, he had a bunch of guys with him. Dude, I get it. You don’t have to like me, I don’t have to like you but let’s just save it for the cage.”

Both these fighters can’t wait to get their hands on each other but they’ll have to wait till the fight night.

What do you guys think of this fight between Chimaev and Meerschaert?