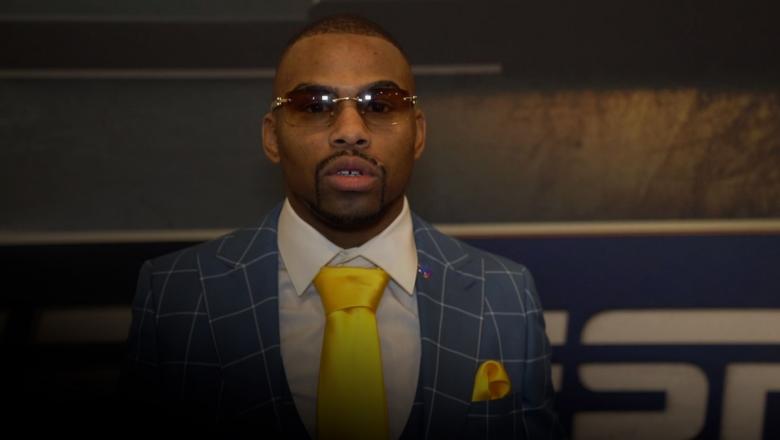 UFC Welterweight Khaos Williams talks about how he is inspired by Jay-Z and Meek Mill and how it has helped him overcome dark times in his life. 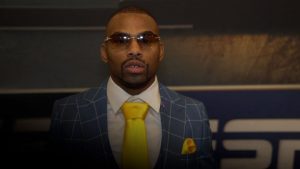 After delivering another amazing first-round knockout last weekend against Abdul Razak Alhassan, Khaos gave some credit to his idols Jay-Z and Meek Mill who he said inspired him.

"One of the most vicious KOs I've ever seen in my ****ing life." #UFCVegas14 pic.twitter.com/w2xBVtVhVs

Khaos is a promising Welterweight prospect in the UFC, and just two fights in he has taken the internet by storm after his one-punch knockout. In his first fight with the UFC, he knocked out Alex Morono in just 27 seconds, and in the next fight he delivered again with a knockout in just 30 seconds. While he is yet to fight any top contenders, he is still an exciting prospect based on his first two performance.

In the post-fight interview after UFC Vegas 14,Khaos mentioned his idols Jay-Z and Meek Mill, and said they inspired him in his MMA journey. Just how these stars started from humble beginnings and are now superstars, Khaos sees his future along these lines.

Speaking to TMZ Sports, Khaos said “Those guys inspired me. Every morning I wake up before my fights, I start my day off listening to Jay-Z. Y’all just inspired me. Y’all music, it got me through some dark times, it gave me some inspiration when I didn’t have the inspiration,”.

While Williams hasn’t met any of his idols yet, he believes that if he keeps winning like this, one day he will get to meet them.

Often times fighters climb through the rankings quickly, depending on their first few performances. Khamzat is one such fighter, who only fought 2 fighters in the UFC, both unranked, and then got a shot at a top-5 contender. A lot of that can be attributed to his performance in the first two fights and the hype he creates. Khaos Williams seems to be taking the same route, as he impresses everyone with his first two fights.

At this point, it is hard to tell where Khaos really stands in the UFC’s Welterweight division. He hasn’t fought any top contenders yet, but took the first two fights on short notice and displayed phenomenal abilities. While Dana White was very impressed by his performance, it is highly likely that he could get a top-15 ranked contender next.