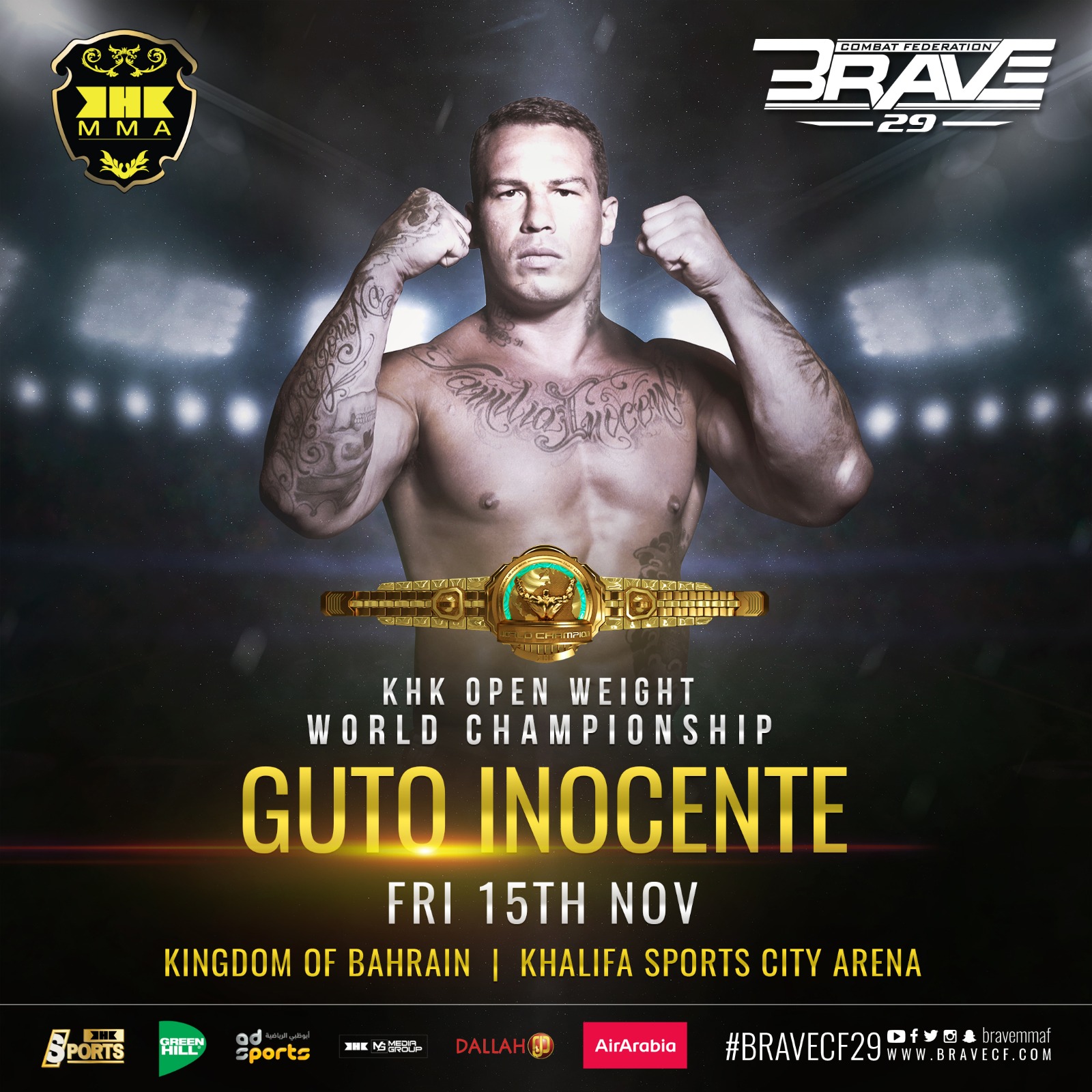 Carlos Augusto Inocente Filho has the DNA of a fighter. His father, Carlos, is a life-long martial artist and holds black belts in karate and jiu-jitsu. However, Guto wasn’t always into the family business and strayed away into a life of crime and certain death. That was until he was saved by martial arts itself.

As he prepares for what can possibly be the biggest night of his life, Guto knows that without the intervention of his father, he wouldn’t be one of the top-5 in the running for the KHK World Championship, a one-night, four-men, open weight tournament that will present the winner with a US$100,000 check, plus the right to be called the provisional holder of the KHK belt, a special award, adorned with 6.2 kg of gold.
During a troubled youth in Brasília, the capital of Brazil, Inocente got involved in gang activity, which in the city meant a fight for different neighborhoods and the defense of its own. According to reports in Brazil, his crew was no stranger to gun use, but it would usually end with shots to the sky, warning, never damaging. The kids were known for several misdemeanors, but never for attempted murder.
This all changed in 2003 when Guto and friends were hanging out in their neighborhood on a Monday. A school bus went past the group, not before an unidentified student pulled a gun and shot Inocente three times. He missed two of those bullets, but one of them went into Guto’s chest.
In the luckiest of outcomes possible for a shot to the chest, the bullet went through his back and didn’t harm his lungs or any major arteries or veins. It was a second chance, but also a wake-up call.
Leave it to Carlos Inocente to deliver that call. Guto’s father assembled all of his son’s friends from the gang around his hospital bed, and plead with them that it would be safer to train and fight in a controlled environment, learning a martial art.
Guto himself had dabbled with training different martial arts, but it took a bullet to the chest and escaping certain death to get him to commit to it. At 17, he knew he had to make radical changes in his life if he were to survive the next few years.
After focusing on his development as a mixed martial artist, Guto soon started to make headlines as a kickboxer. He has won multiple tournaments at national and continental levels and has fought in the UFC and Strikeforce in MMA. Inocente was one of the striking stalwarts of the Blackzilians gym and was a training partner of legendary fighters such as Rashad Evans, Alistair Overeem, among others.
After the iconic fight team dissolved, Guto went back to Brasília, this time as a family man and an internationally-recognized martial artist, and has continued to make headlines positively, with a stint in Glory Kickboxing and more national titles in kickboxing. The KHK World Championships is the perfect opportunity for Inocente to show the world, and himself, that he’s come full circle.