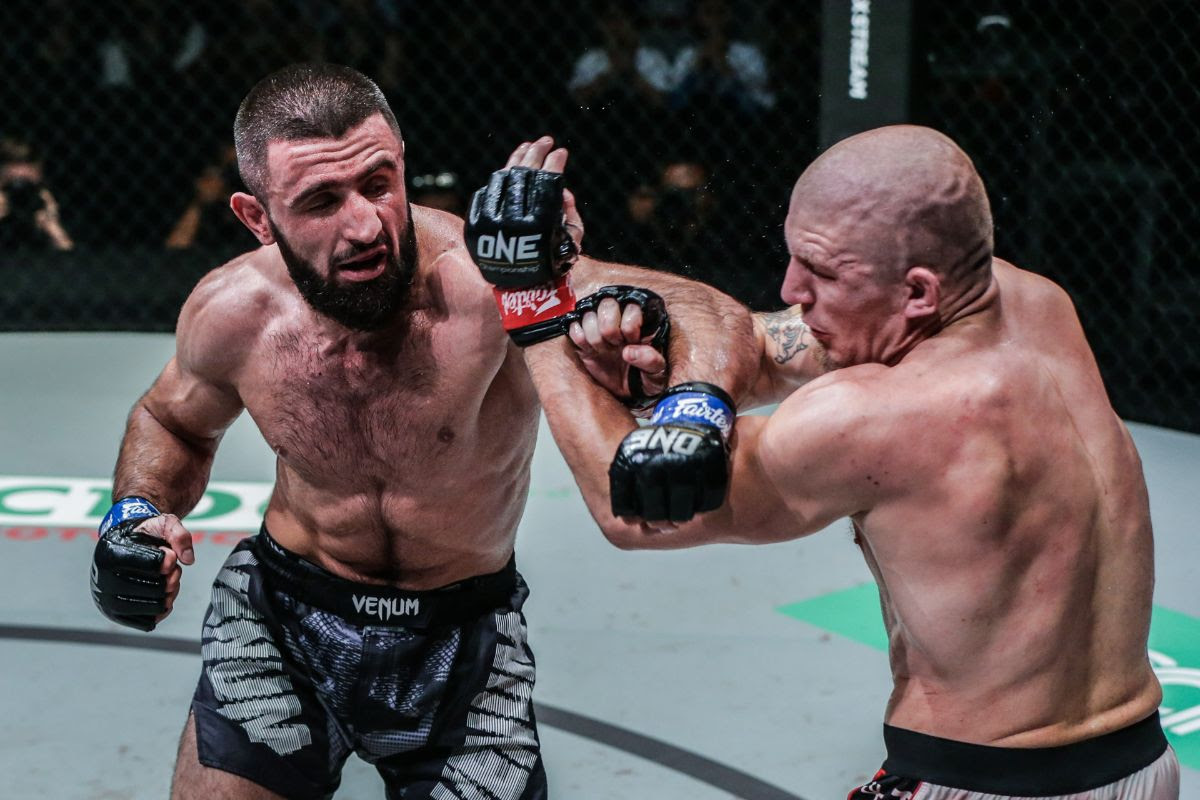 The largest global sports media property in Asian history, ONE Championship™ (ONE), once again put together a memorable evening at the Istora Senayan in Indonesia’s bustling capital city of Jakarta. ONE: DAWN OF VALOR saw the absolute best in global martial arts talent showcase their skills inside the ONE Circle.

In the main event of the evening, Kiamrian “Brazen” Abbasov of Kyrgyzstan captured the ONE Welterweight World Championship with a thoroughly dominant performance over now former titleholder Zebaztian “The Bandit” Kadestam of Sweden. Kadestam started off strong in the early going, connecting on heavy leg kicks and slicing downward elbows. Abbasov, however, would keep the gap close and was constantly pursuing the takedown. On the mat, Abbasov shined as he punished Kadestam with ground-and-pound. Abbasov was able to sustain this pace for the duration of the bout, as Kadestam had no answer for Brazen’s grappling prowess. In the end, all three judges scored the bout in favor of Abbasov to win by unanimous decision, crowning him the new king at welterweight.

In the co main event, reigning ONE Lightweight Kickboxing World Champion Regian “The Immortal” Eersel of The Netherlands retained his title with a unanimous decision victory over countryman Nieky “The Natural” Holzken. A knockdown in the first round gave Eersel a 10-8 edge early, as a furious pace was set by the champion. For five full rounds, Eersel kept up the pressure, keeping a constant barrage of boxing combinations, thudding kicks, and sharp knees. Although Holzken tried his best to match the champion’s activity, he found absolutely no quarter for the entirety of the bout. In the end, all three judges saw victory for Eersel across the board. 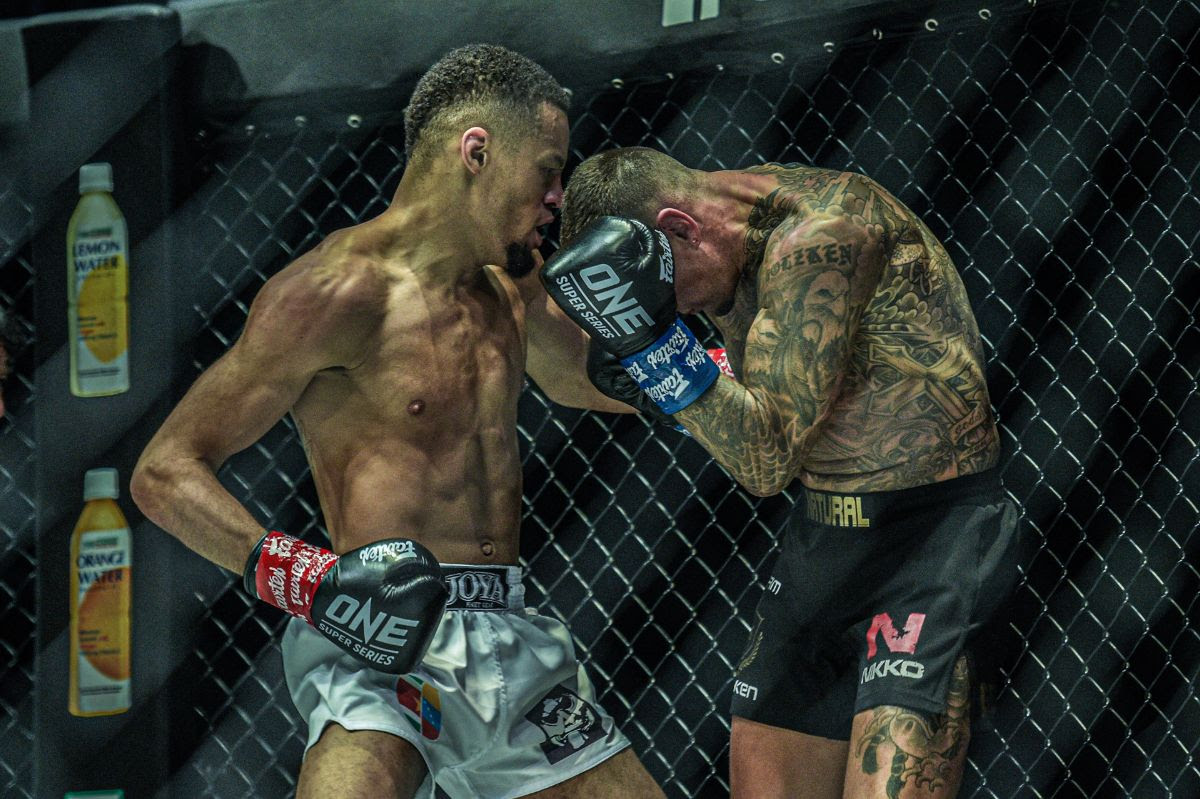 Local martial arts star Priscilla Hertati Lumban Gaol of Indonesia overcame a spirited effort from opponent Bozhena “Toto” Antoniyar of Myanmar. It was the Wushu striking of Lumban Gaol versus the rapid punching combinations of Myanmar national boxing champion Antoniyar for three whole rounds. Action went back-and-forth, but it was Lumban Gaol who did better work when the action hit the mat. Lumban Gaol controlled Antoniyar on the ground and did more damage all throughout the contest. In the end, all three judges scored the bout in favor of Lumban Gaol to win by unanimous decision. 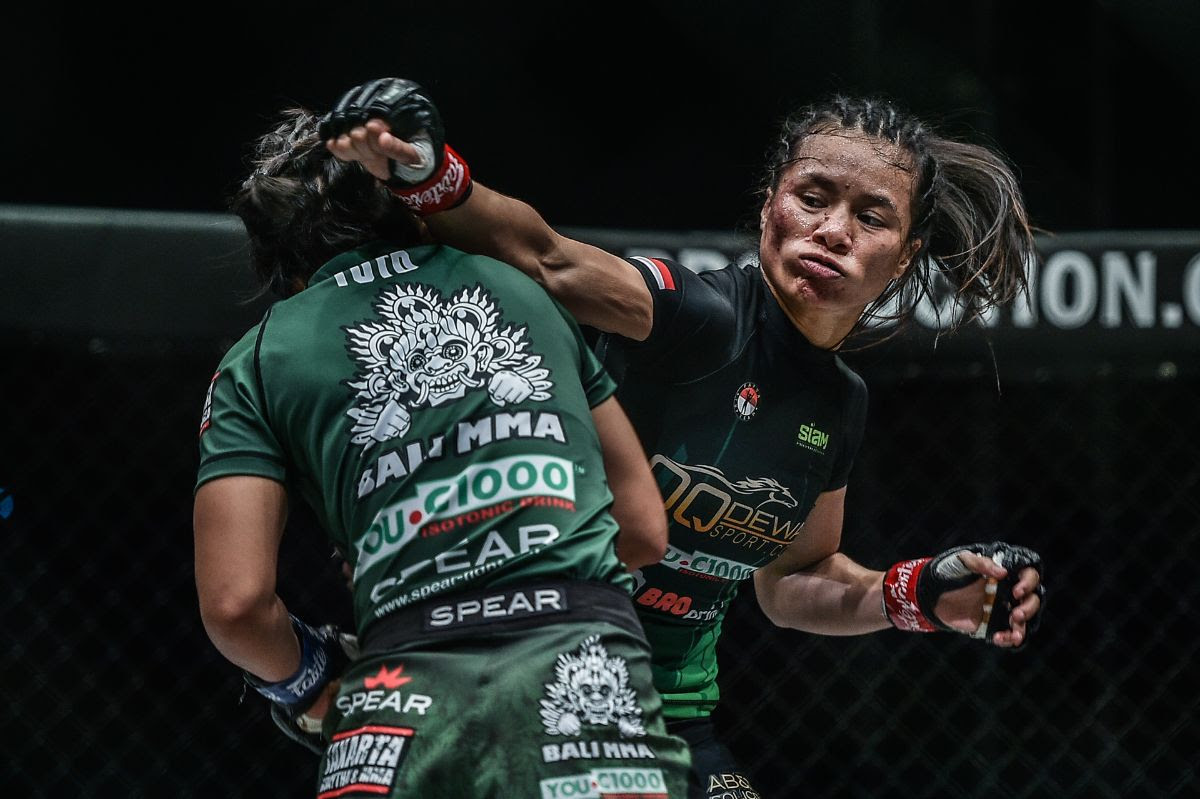 In a ONE Super Series Kickboxing contest, Wang “Golden Boy” Junguang of China obliterated Federico “The Little Big Man” Roma of Argentina, stopping his opponent with one second left to go in the first round. Although Roma was game and up for the challenge, he was clearly overwhelmed by Junguang’s powerful and accurate strikes. Junguang knocked Roma down three times across three minutes of intense action to earn the finish.

ONE Championship newcomer John “Hands of Stone” Lineker of Brazil made a successful promotional debut, pulling out a close points victory over opponent Muin “Tajik” Gafurov of Tajikistan. Lineker stayed true to form and was dangerous early with his lightning quick and powerful punches. Gafurov would try his best to defend, and showed incredible heart and chin in doing so. “Tajik” also scored on a handful of takedowns to his credit. But Lineker’s power was too much as he proved to be the stronger of the two athletes. In the end, all three judges awarded the victory to Lineker to win by unanimous decision.

New Zealand’s Mark “Tyson” Fairtex Abelardo overwhelmed opponent Ayideng Jumayi of China to win by unanimous decision in a three round bantamweight contest. From the first round to the last, Abelardo proved far too quick and powerful for Jumayi, who was a step behind the entire bout. In the end, Abelardo took home the victory on the strength of his thunderous combinations, earning the judges’ nod on all three scorecards.

Indonesian wrestling star Eko Roni Saputra took home a victory after opponent Kaji “Alpha” Ebin of the Philippines was unable to continue due to an injury. Ebin dislocated his shoulder after throwing a wild right hook that missed the mark. The referee stepped in to intervene after determining Ebin could no longer continue. The official finish came at 19 seconds in the first round.

In a highly-anticipated all-Indonesian showdown between top talents, Stefer “The Lion” Rahardian earned a much-needed victory after a dominant performance against Adrian “Papua Badboy” Mattheis. Rahardian took Mattheis to the ground at will and kept him subdued for the duration of the three-round contest. Mattheis tried his best to make it a striking affair, but Rahardian was too slick on the mats. In the end, all three judges scored the bout in favor of Rahardian to win by unanimous decision.

The Netherlands’ Pieter “The Archangel” Buist extended his winning streak to seven bouts with a one-sided drubbing of previously unbeaten Antonio “The Spartan” Caruso of Australia. Buist weathered the early storm from Caruso who came out firing. The longer, taller Buist then came on early in the second round to turn the tide, using his punishing leg kicks, smooth boxing combinations, and sharp knees to wear Caruso down. In the final moments of the bout, it was all Pieter Buist as “The Archangel” ran away with a unanimous decision victory.

Indonesia’s Abro “The Black Komodo” Fernandes put forth an impressive grappling showcase, overwhelming compatriot Rudy “The Golden Boy” Agustian to win by unanimous decision after three rounds. Agustian found success on the feet early. But by the middle of the second round, Fernandes began to overpower his opponent and took control of the contest. Agustian could not keep Fernandes off him for the remainder of the bout, as the latter threatened with various submissions and did damage with ground-and-pound. All three judges scored in favor of Fernandes who took home a hard-earned victory.

Former Pancrase lightweight champion Kazuki Tokudome of Japan turned in a masterful performance, outgrappling the United States’ Johnny “Johnny Boy” Nunez en route to a three round decision victory. Nunez was aggressive from the start, pushing the pace against Tokudome looking to throw powerful combinations. The Japanese warrior wisely stayed out of range, and instead took Nunez to the mats where Tokudome spent most of his time in dominant position. In the end, all three judges scored the bout in favor of Tokudome.

Indonesia’s Elipitua Siregar put in another excellent performance, submitting countryman Egi Rozten in the first round of a flyweight contest. Rozten was aggressive early, bringing the action to Siregar, but the latter showed his rapidly-evolving grappling skills. After action hit the mat, Siregar swiftly took his opponent’s back and sunk in a deep rear naked choke to force the tap.

In a ONE Super Series Muay Thai flyweight bout, Japan’s Taiki Naito delivered a stunning performance, stopping New Zealand’s Alexi Serepisos within three rounds. It was an action-packed contest, beginning with both athletes putting in some good work from the opening bell. For the duration of the bout it was Naito who proved to be the sharper, more accurate striker. In the third round, Naito connected on a beautiful left hook to put Serepisos down and out.

Kicking off the action at ONE: DAWN OF VALOR were Indonesian strawweight standouts Angelo “The Unicorn King” Bimoadji and Adi “Zenwalk” Paryanto. Paryanto immediately went right to work from the get-go, unloading a series of powerful knees to Bimoadji’s midsection. A right knee to the ribs crumpled Bimoadji and the referee called a halt to the contest a little over a minute in the first round.

Previous articleNate Diaz’s VEGAN multivitamins found to be tainted, USADA clears him of any wrong doing
Next articleKSW 51 Trailers: Pudzianowski vs. Erko Jun & Racic vs. Stasiak