King Mo gets his hand raised and an instant reward 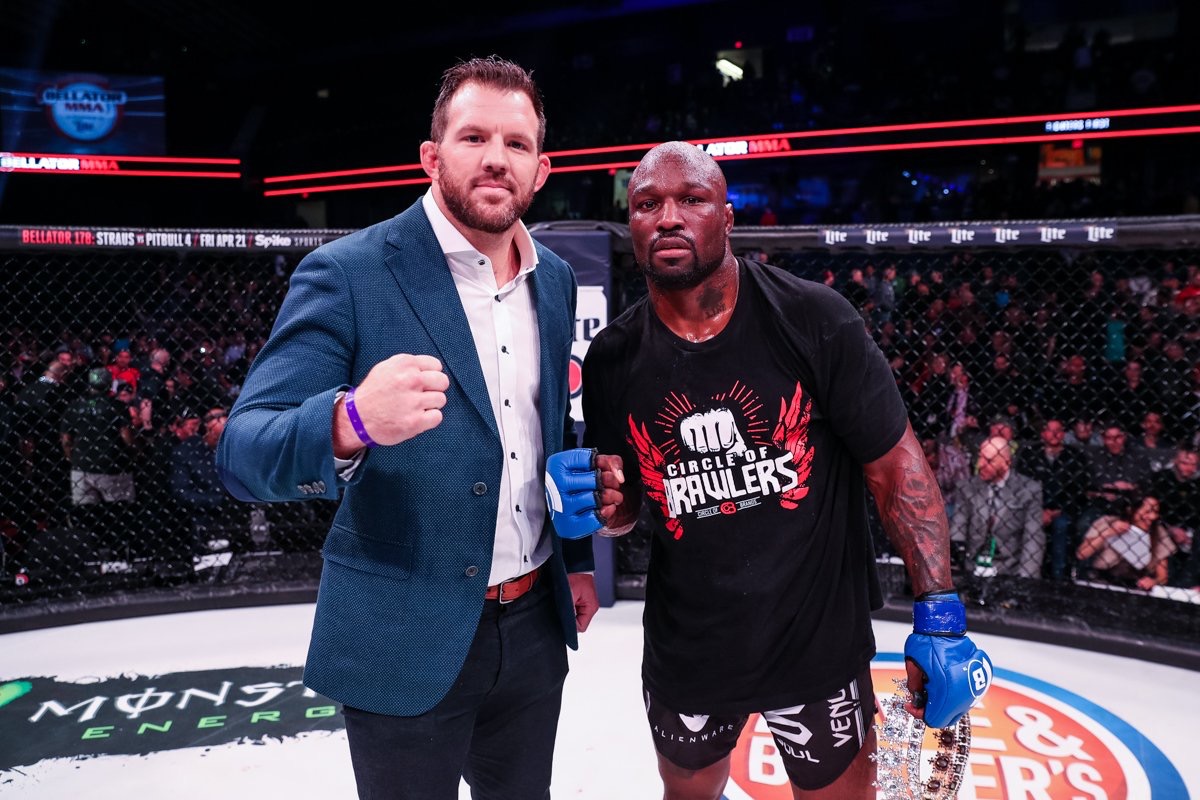 King Mo Lawal got the decision win over Rampage Jackson with a uniform 29-28 across the judges score cards at Bellator 175  making the fights with Rampage so far one a piece and setting up a potential trilogy fight though that may be sometime coming as he was instantly rewarded with a  fight against newly signed light heavyweight Ryan Bader. There were rumours of a Ryan Bader-Phil Davis fight being set up but those proved to be unfounded as the King Mo- Ryan fight was immediately announced after King MO’s win, adding to an already stacked card for Bellator 180 at the Madison Square Garden in New York City June 24th 2017.