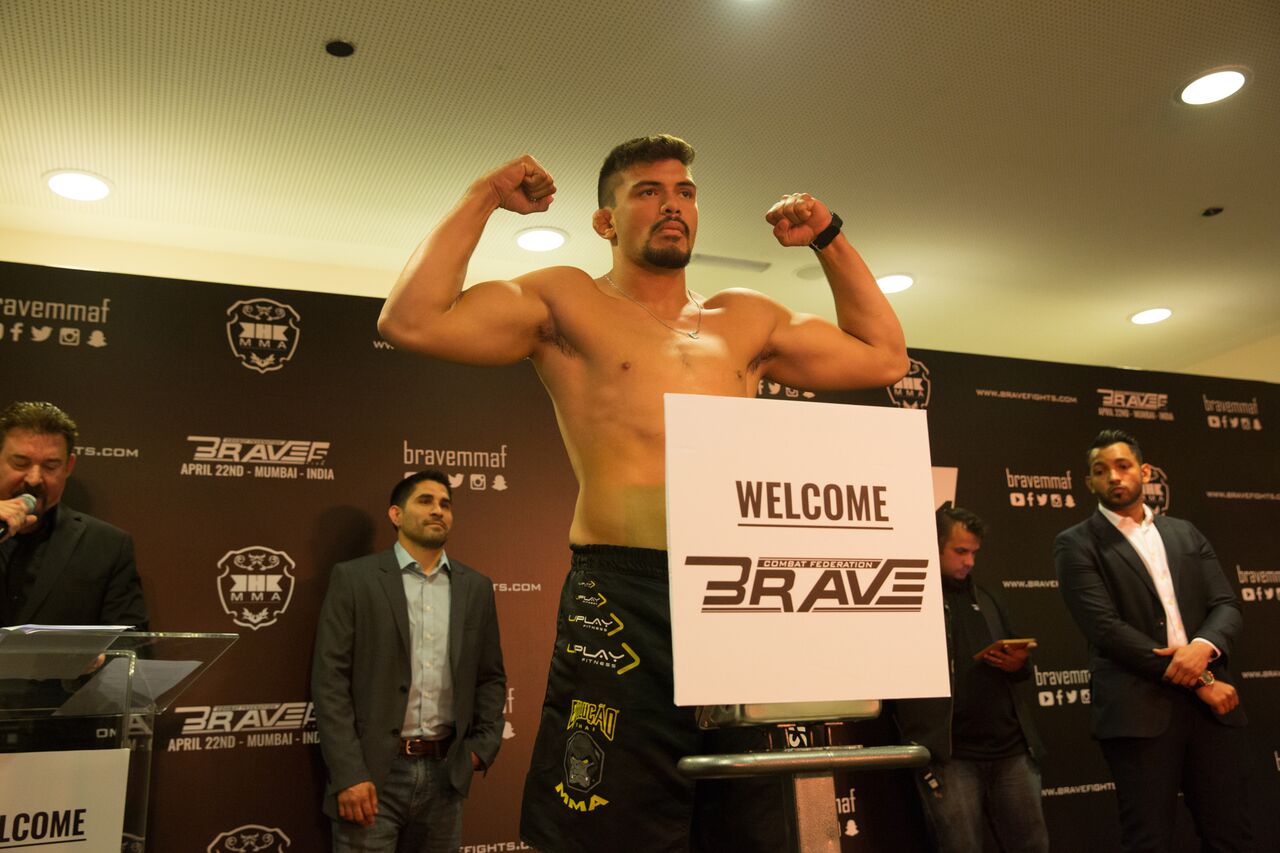 Brave Light Heavyweight champion Klidson de Abreu will become the second titleholder to defend his title when he meets Matt Baker in the co-main event of Brave 11, on April 13th, in Belo Horizonte. And the champ sent a message to his Canadian rival ahead of their bout.

Klidson was grateful for Baker stepping up after Kennedy Nzechukwu was forced to withdraw due to injury, but guaranteed that he’ll stay as a champion after Brave 11.
“I was worried after Nzechukwu dropped out because I’ve been training for a long time to defend my belt. I thank Matt Baker for stepping in, but I have to warn him: this belt stays in Brazil. I’m ready to fight and to defend my title. This is not just my title. This is Brazil’s title and this belt is for all my friends, family and supporters. It will be an honor to defend my title at home and you can be sure that I’ll stay as champ”, claimed Klidson.
The Evolução Thai product became champion back at Brave 8, the last time Brave Combat Federation landed in Brazil. And Abreu is excited for the upcoming fight card, claiming Brave 11 will be the best-ever event for the organization.
“Man, this card is awesome! There are so many amazing fights and a lot of well-known names. I’m looking forward to watching all bouts, but I have to say I’m very curious to watch Bruno Malfacine. I used to watch him compete all the time in jiu-jitsu and the guy is a legend. I can’t wait for his Brave debut and I know he’ll be a hit for Brave Combat Federation”, said Abreu.
Brave 11 is set for Belo Horizonte, capital of Minas Gerais, and will mark the third promotional event in Brazil. Back in March of 2017, Brave 3: Battle in Brazil took place in Curitiba, with the city also hosting Brave 8: The Kingdom of Champions, the first time two Brave champions were crowned in the same night.
Brave 11 full fight card:
Lightweight: Luan “Miau” Santiago x Lucas “Mineiro” Martins – For the interim title
Light Heavyweight: Klidson de Abreu (c) x Matt Baker – For the title
Lightweight: Erivan Pereira x Gesias “JZ” Cavalcante
Flyweight: Bruno Malfacine x Rafael “Mini-Man” Pereira
Lightweight: Cleiton “Predador” Silva x Ahmed Amir
Bantamweight: Carlos Souza x Georges Bardawill
Middleweight: Michiel Opperman x Bruno Assis
Flyweight: Marcel Adur x Fernando Lourenço
Light Heavyweight: Marcos Conrado Jr. x Joaquim “Mamute” Ferreira
Welterweight: Alessandro Gambulino x Rodrigo Cavalheiro
Strawweight: Elaine “Pantera” Leal x Luana Pinheiro
Featherweight: Arnold Quero x Caio Gregório