Knockout artist Cavalheiro has options for next Brave fight 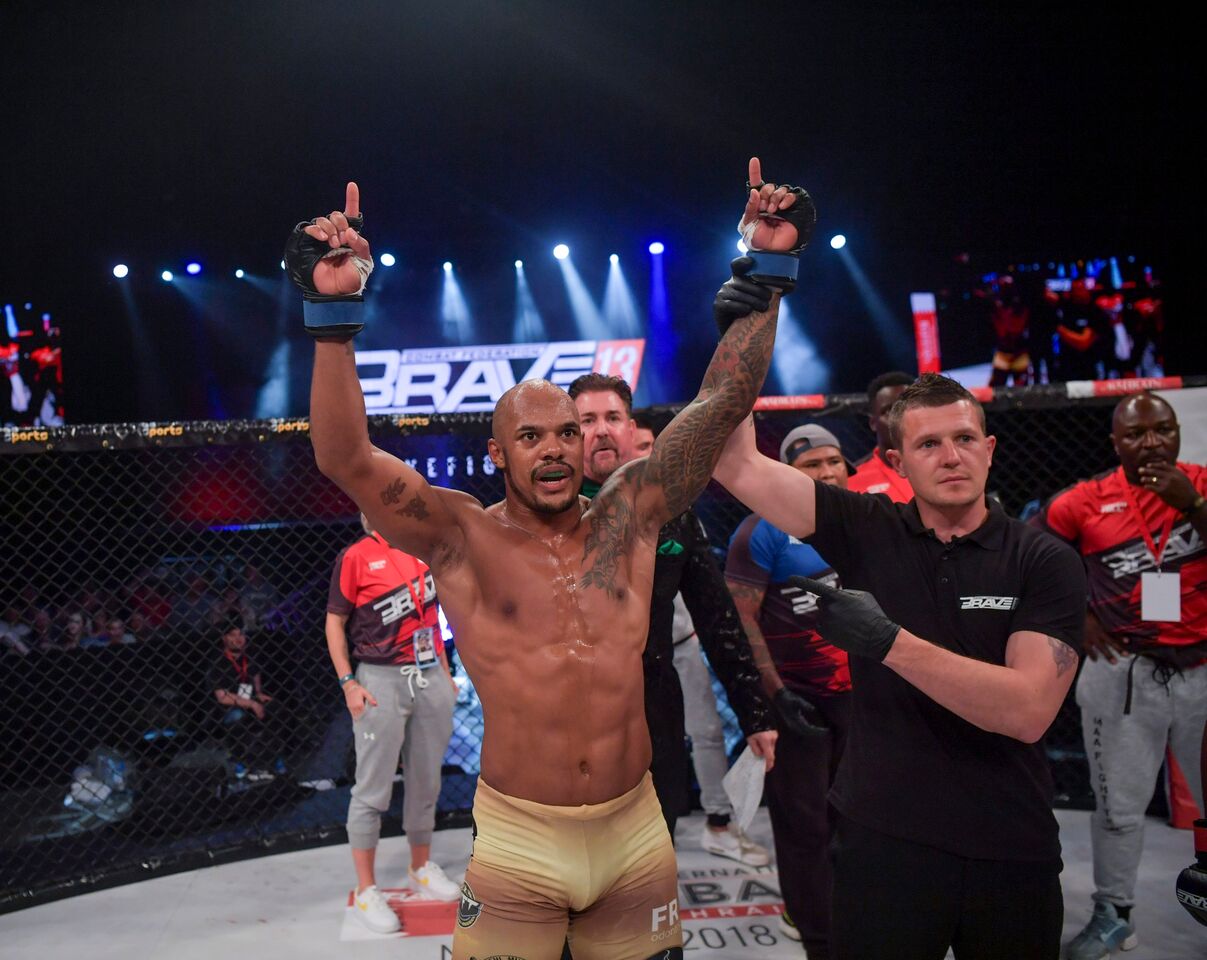 Rodrigo Cavalheiro has a target on his back following his first two impressive Brave Combat Federation performances. After brutally knocking out Alessandro Gambulino and Karl Amoussou, the Brazilian veteran is on course for a title shot. However, he has possible rivals lining up to stop his momentum.
And Brave’s social media team has reached out to fans to see who should be next for the KO artist from Curitiba. Pawel Kielek, Tahar Hadbi, and Jarrah Al-Selawe were some of the options mentioned by Brave Nation as they agreed that Cavalheiro should be involved in a number one contender’s bout in his next outing for the promotion.
The veteran fighter, however, seems set on waiting out Carlston Harris’ first title defense in order to challenge him, win or lose. They have some history dating back to Brave 8 when they were scheduled to meet, but a last-minute shuffle in the fight card saw Harris promoted to the co-main event, where he beat Carl Booth to claim the inaugural Welterweight title.
Since then, however, the Guyanese-born champion had to sit on the shelf due to a hip injury, while Cavalheiro gained momentum by knocking out his two first Brave opponents.
Now, Rodrigo has spent time training in the United States, where he waits for a call from Brave officials to decide his next fight. Hadbi, Kielek, and Al-Selawe all remain good options and the Brazilian has admitted he would also like to face Mohammad Fakhreddine down the road.