Knockout artists showdown: Cian Cowley vs John Brewin at Brave 22 is a must watch 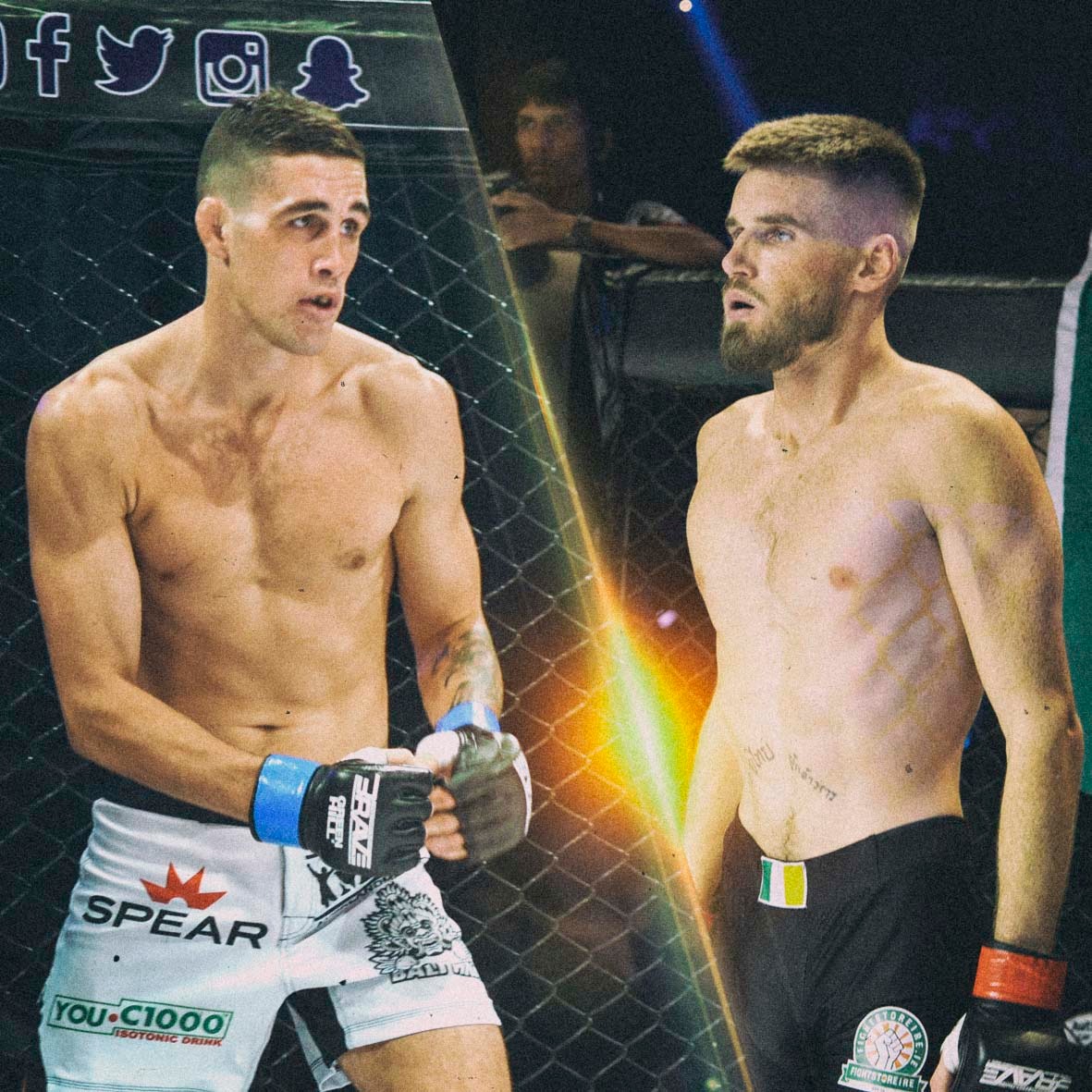 Mixed Martial Arts includes a comprehensive set of skills and martial arts foundations, such as grappling and wrestling. However, none of them are easier to grasp or excite audiences around the world as much as striking. Probably because it’s the oldest and most conventional form of combat sports. That’s only one of the main reasons why Cian Cowley vs John Brewin is a must watch for fight fans. The bout goes down at Brave 22, set for the Mall of Asia Arena, in Manila, Philippines, on March 15th.
What fans in the Philippines, and around the world, will witness are two of the most creative, exciting, and accomplished strikers currently in the Brave Combat Federation roster go head-to-head in a bout that is going to leave everyone on the edge of their seats.
Cian Cowley is one of the most decorated strikers fighting out of Ireland. Proof of that is that he has been one of MMA superstar Conor McGregor’s main sparring partners for the last few years. In fact, Cowley has always been seen as one of the key figures in McGregor’s entourage and took part in most of the glorious, and also infamous, episodes of the “Notorious” career.
With multiple titles in muay thai, Cian made his transition to MMA in 2016 and quickly rose through the amateur rankings, becoming a bronze medalist in the IMMAF World Championships in Las Vegas (USA).
His transition to professional MMA wasn’t that smooth, though. Irish analysts felt that Cowley wouldn’t feel too comfortable inside the cage under professional rules just yet. They predicted he would have a hard time pulling the trigger in key moments of the bout, and would, eventually, crack against a superior grappler. That’s exactly what happened in his pro debut, in which he ended up being submitted.
The opportunity to sign with Brave CF made a lot of difference in his career. Without the jitters of a debut and with a long contract guaranteed, a much more loosen up version of Cian Cowley was seen in the cage in his promotional debut. With a devastating performance during Brave 13: Europe Evolution, Cowley finished Daniel Olejniczak within the very first round and set the SSE Arena on fire with another massive win for the local favorites.
His second bout under Brave CF banner was no less impressive, a clash against fellow IMMAF World Championship bronze medalist Hardeep Rai at Brave 18, in the Kingdom of Bahrain. Once again, Cian showed a much more improved version of himself inside the cage and remained undefeated in the promotion, with yet another finish to his record, this time using leg kicks to finish his opponent.
John Brewin didn’t make as much noise as Cowley when coming into the MMA scene. He was also part of the IMMAF World Championships but did not secure a spot among the medalists in his only participation. Nonetheless, his unimpressive start to a mixed martial arts career wasn’t the norm, as the New Zealander soon started to make noise in the combat sports scene.
A career-changing moment for Brewin was his relocation to Bali, Indonesia, where he joined brothers Anthony and Andrew Leone at Bali MMA. With high-level sparring partners and professional coaching, all of which set in a heavenly scenario, Brewin took his game to a whole new level and joined Brave Combat Federation during the promotion’s maiden Indonesian card.
The New Zealander was the underdog against Hardeep Rai, coincidentally Cowley’s last opponent. He entered the cage focused on breaking the odds and used his wide array of stand-up skills, showing impressive dominance in the striking department and finished the fight with devastating elbows
His second fight was as impressive as the first one. Once again as the underdog, he faced one of the highest ranked Middle Eastern fighters, Egypt’s Ahmed Amir, and managed to impose his pace, control the distance, and attack with precision to finish his second fight in a row.
Even when the result ended up not being positive, as in his last Brave appearance, against Anas Siraj Mounir in India, John Brewin put on a show for the fans. A super narrow split decision after three back-and-forth rounds and lots and lots of thrilling moments was acclaimed as the “Fight of the Night” at Brave 20.
One might argue that an international fight between a New Zealander and an Irish in the Philippines is probably not a fan favorite right off the bat. Think twice, when this much potential is on the line, anyone who’s going to watch a five-hour top-level MMA marathon would be counting the hours for Cian Cowley vs John Brewin