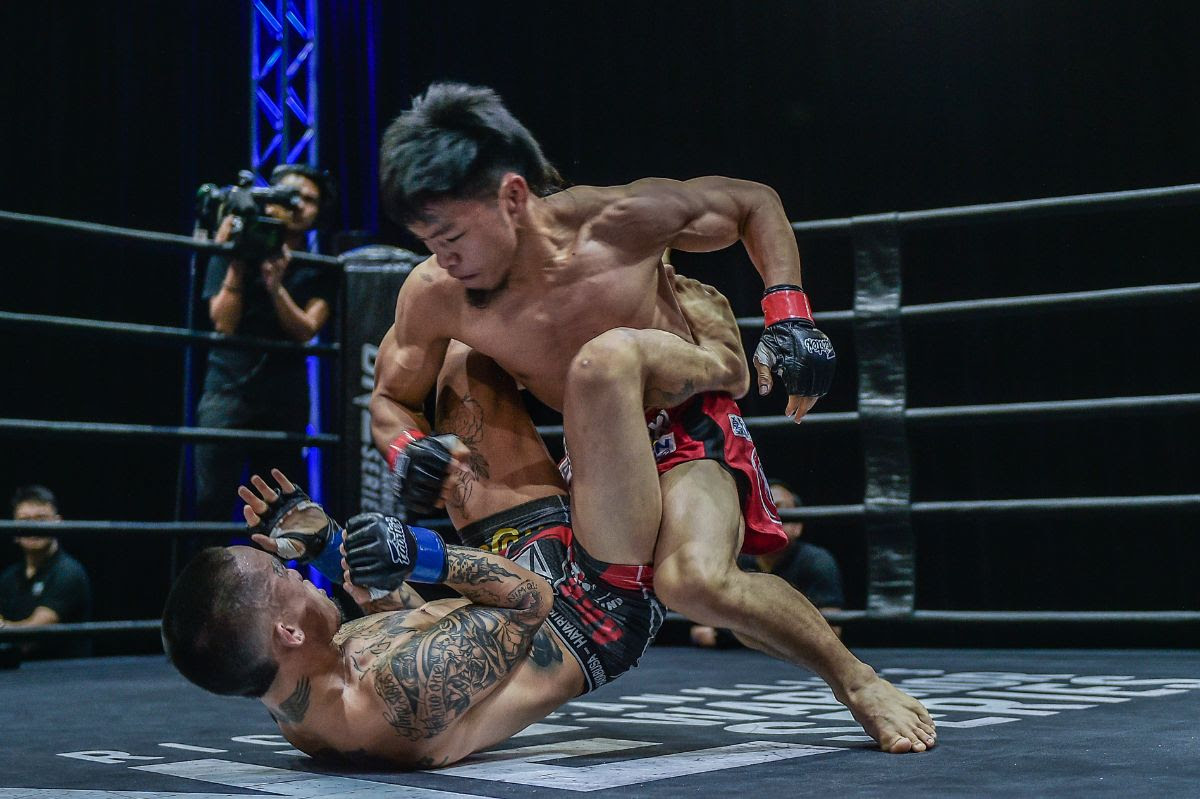 Countries like Japan, China, Thailand, and even the Philippines have established themselves as hotbeds for mixed martial arts talent in Asia, all having produced multiple World Champions.

Now, another Asian nation is slowly being recognized as another home of future mixed martial arts champions and stars.

Thanks to the highly-successful ONE Championship subsidiary ONE Warrior Series, a number of up-and-coming South Korean stars have been given the opportunity to shine and showcase their skills in front of a worldwide audience.

Arguably the most promising South Korean prospect is lightweight contender “Crazy Dog” Dae Sung Park, who has yet to taste defeat under the ONE Championship banner.

A veteran of Shooto and Korea-based Road FC, Park began his ONE journey as part of the inaugural ONE Warrior Series event back in 2018, where he defeated Kimihiro Eto via first round TKO. That victory earned Park a contract and a spot on the main roster.

Park has been nothing short of impressive in his time in ONE, defeating Trestle Tan via unanimous decision before again finishing off Eto in their rematch in 2019. Park’s biggest win to date however was against former ONE Featherweight World Champion Honorio Banario, outmuscling the Filipino star en route to a unanimous decision victory.

Looking to follow in the footsteps of Dae Sung Park is fellow South Korean lightweight “The Lion” Hyun Jin Lee, who has appeared in three iterations of ONE Warrior Series.

Like Park, Hyun was part of the inaugural ONE Warrior Series event back in 2018 and scored an impressive first-round submission victory over Tajikistan’s Shafkat Khodzhkulov.

Hyun followed that up with a second-round head kick knockout win over American Michael Walker at ONE Warrior Series 3.

Most recently, Lee took on ONE Warrior Series graduate, Shinechagtga Zoltsetseg. Although Lee fell to the Mongolian warrior, he did put on a good showing and remains a promising young prospect.

Another experienced competitor looking to get on the biggest martial arts stage in the world is women’s strawweight So Yul Kim.

Though she succumbed to New Zealand’s Nyrene Crowley at ONE Warrior Series 1, So put together an inspirational performance, as the two women warriors went back-and-forth in an intense battle for three whole rounds.

So has since pulled together three straight wins and should be on the verge of a ONE Championship contract.

In her most recent outing at ONE Warrior Series 8, So took down Satomi Takano, also via unanimous decision. Another big win for So and she could be the newest member of the ONE women’s strawweight division.

Bantamweight Da Woon Jung’s ONE Warrior Series was all heart when he figured in his first two appearances at ONE Warrior Series 1 and ONE Warrior Series 3 against Ali Motamed and Zechariah Lang, respectively. Although these were learning experiences for the South Korean upstart, he has shown tremendous potential in his most recent outing.

The 10th Planet Korea product turned the tide and put together a thrilling first-round stoppage victory over the highly-regarded Detchadin Sorsirisuphathin.

If Da Woon can keep his momentum going in his next few bouts, he could earn a spot on the ONE Championship roster, further strengthening the South Korean contingency in the promotion.

Previous articleTEKB 17: Adrover vs. Scaletta for WKN European title in Agde
Next articlePROKICK King of the Ring in Belfast: Smith vs Fujioka for WKN World welterweight title