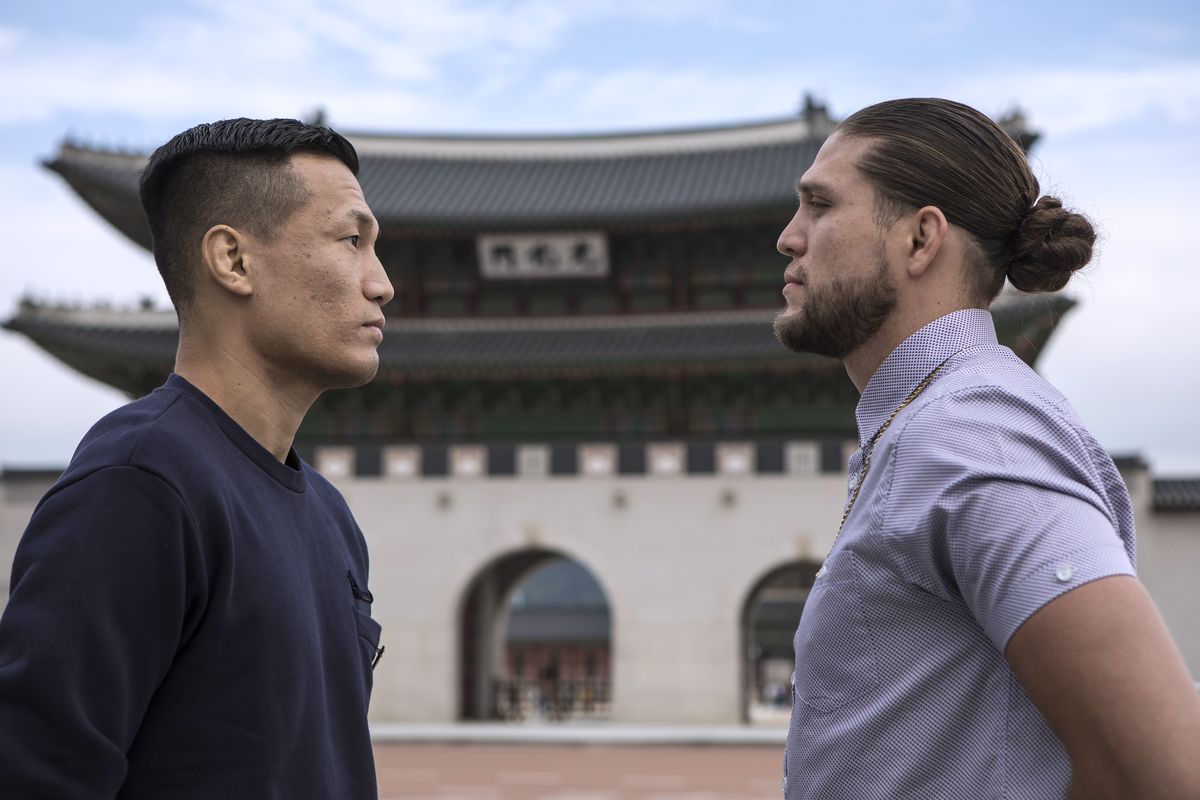 The UFC featherweight division is ready to see some fireworks, as the fight between the two top contenders Brian Ortega and The Korean Zombie has finally been confirmed for the main event on October 17th. 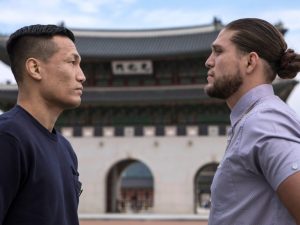 The two were previously scheduled to fight in December last year, but the fight got canceled after Ortega had to pull out due to an injury. He was replaced by Frankie Edgar, who was knocked out by Chan Jung Sung in the first round. Ortega was last seen at UFC 231 where he suffered his first loss against the former champion Max Holloway.

The fight was first reported by CCLegaspi, and later got confirmed. He sent out the following tweet:

The fight would have been a regular one if it were to happen in December, but things have changed now. The rivalry between the two fighters has been intensified after a brawl broke out between Brain Ortega and Chan’s friend Jay Park. Reportedly, ‘T city’ and Chan were sitting a few meters apart from each other when Brian slapped his friends and rapper Jay Park.

Brian had received a lot of heat from the fans and the media for initiating an unprofessional feud. The Korean Zombie was extremely unhappy about the incident, as the fight happened exactly when he went to the bathroom. He took to Twitter to express his anger.

“Last night, you sat 10 meters away from me and Jay Park. For two hours nothing happened, so I thought everything was fine. But you fucking attacked Jay Park while I went to the bathroom. Jay Park is not a professional fighter but a musician. You slapped a civilian who merely helped translate.

“Even worse, you were sitting there waiting until I would be absent and attacked Jay Park. It was not a fight like real men would do. What you have done is same as a grown up to beat a child. You should have attacked me. If so, I would have not been upset.
You are such a coward for slapping a musician not a fighter. If you fucking planned this to fight me and to use my name because people don’t remember your name anymore, then I congratulate you, it worked. I will fight you and I will knock you out and your fucking face will be bloody.

“Now, your fucking face stays in my mind and I will fuck you up in the cage. I hope you won’t run away from me again.“, he wrote.

I want to officially apologize to JPark for Saturday night, when Zombie is ready we can fight.

The winner of the fight definitely gets to fight for the title next. Who do you think that is?

Jon Jones hints at moving up to the heavyweight division