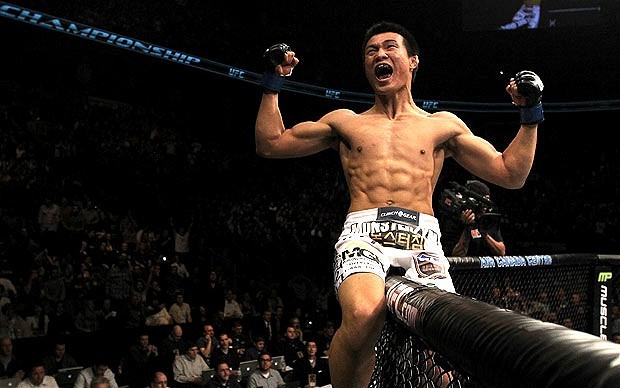 The UFC’s featherweight division finally has a new kingpin after quite a while of Max Holloway being at the top of the mountain and looking absolutely invincible, Alexander Volkanovski now rules the division. According to Chan Sung Jung, a.k.a. The Korean Zombie, he would rather face the current champion than compete against the recently dethroned king.

Korean Zombie recently brutally KOed the legendary veteran Frankie Edgar in the very first round of their fight at UFC Fight Night 165. 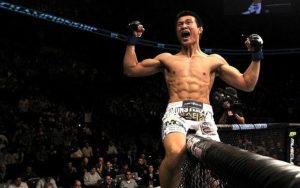 Jung was recently in a conversation with MMA Fighting. He told them in an interview that he believes he is a much better stylistic matchup for Volkanovski than Holloway. Thus, he prefers fighting the current champion over the former. Here’s what he had to say:

I’m eager to know when he will be back, I think I’d be able to beat Volkanovski easier than Holloway could. During my stay in the States, my eye condition became worse, and in order to treat it as soon as possible, I had no choice but to let the UFC know. Fortunately, I was told that there wasn’t any harm to my eye, it was just the double vision, so I had to choose whether to fight or not. If the doctors told me it was going to get worse if I get hit in the eye, I would’ve given it another thought, but they told me it was okay to be hit, and I was glad that I was able to stay in this sport. I had this thought in the back of my head where, ‘If I were to knock Frankie out, I’d have the right to call Volkanovski out.’ Then it happened way too soon during the first round, and without hesitation, I called him out. I do kind of think that I may have to fight once more [before the title shot]. If I have to face another opponent, I’ll go for it.