Korean Zombie reveals the advantage he has over Champ Alex Volkanovski 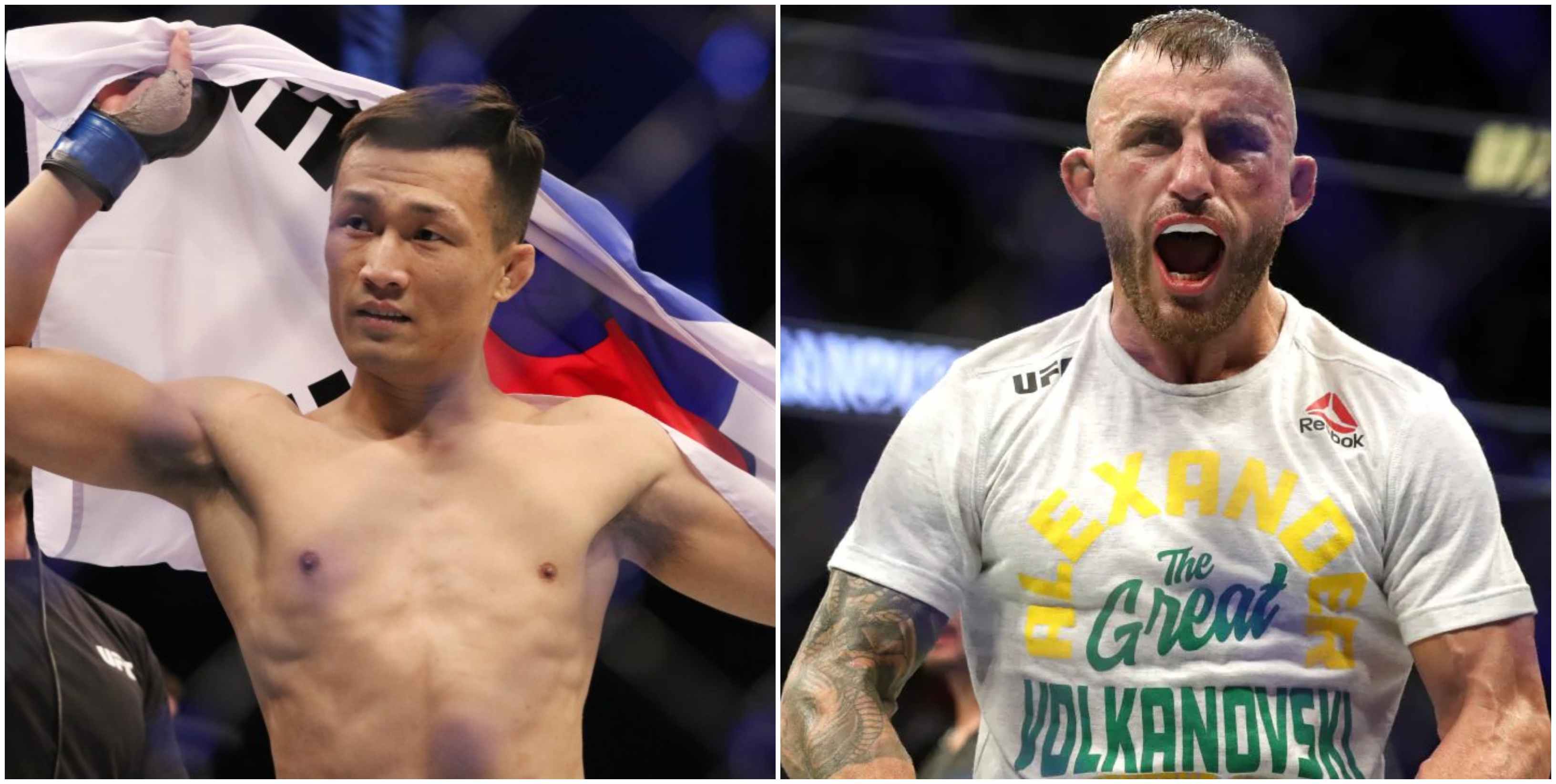 Chan Sung Jung or better known to the fans as the Korean Zombie has his eyes set on newly-crowned UFC featherweight champion Alexander Volkanovski.

The South Korean MMA star is currently riding on a three-fight winning streak. His last win came against former UFC lightweight champion Frankie Edgar at UFC Fight Night 165 which took place in Busan, South Korea and he knocked out Edgar in the first round. 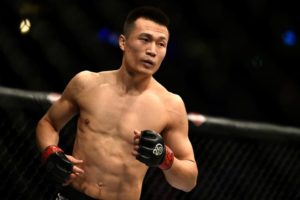 Prior to that, he knocked out Renato Moicano in the first round at UFC Fight Night 154 in the first round. His recent victories have come in a really very impressive fashion and the Korean Zombie is giving credit for his recent performance to his striking coach, Eddie Cha of Fight Ready MMA in Scottsdale, Arizona.

“As I have mentioned in almost all the interviews, I’m still in awe of the way the coaches at Fight Ready in Arizona – Eddie (Cha), Eric (Albarracin), and Santino (DeFranco) – have prepared for my fight, such as the game plan, their skills, etc.,” Jung told MMA Junkie in a recent interview.

“I (haven’t been) able to use all the wrestling and jiu-jitsu skills I was taught by Eric and Santino, respectively,” Jung said. “But even if my fight went on for the whole 25 minutes, the results would not have changed. I was especially stunned at Eddie’s game plan.

“I faced Frankie for less than a minute. Frankie moved and responded in the exact same manner Eddie had predicted, and I had listened. It’s really difficult to put these into words, but you’ll be able to see it on my YouTube channel soon.”

Following his victory over Frankie Edgar, he called out Alexander Volkanovski and revealed that he has a plan for him in case they fight next.

“For each and every fight, I’m improving,” Jung said. “And if I were to prepare to fight against Volkanovski, I will again improve. The two fights that I actually had a game plan, Renato Moicano and Frankie Edgar, were finished in the first round. That fact isn’t going to change just because I’m facing a champion. To add on, I’ve had more experience as the main event than he did.”

Who do you guys think wins in the fight between Korean Zombie and Alexander Volkanovski?