UFC News: Korean Zombie does a tell-all video about how MMA fighters cheat during weigh in! 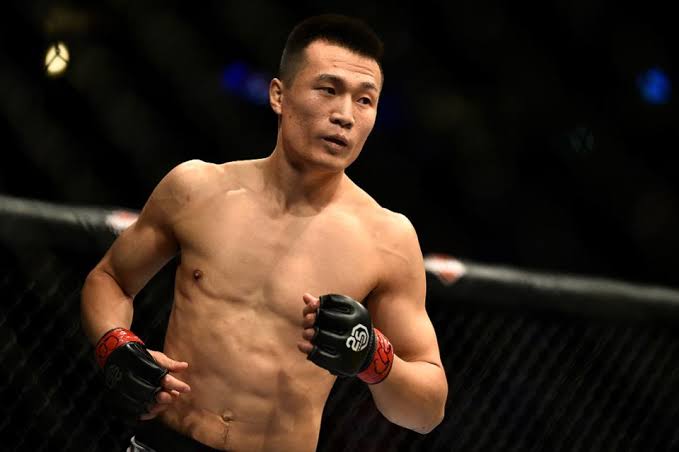 Former featherweight title challenger ‘The Korean Zombie’ Chan Sung Jung has been in the sport for 13 years. Needless to say, the #4 ranked featherweight, knows a thing or two about the sport.

In a recent YouTube video, Zombie can be seen utilizing his quarantine time to educate the community. He debunked some myths and exposed some hacks which fighters use to make weight. 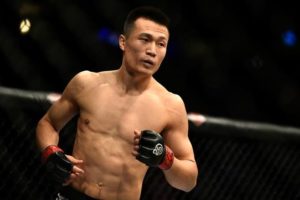 “Once a fighter gets up on the scale to weigh-in, the fighter’s second will stand right next to them to check and see if they have met the required weight. If the fighter hasn’t, with one finger, they will slightly lift the fighter’s bottom.

“This is one of the most interesting methods I have seen,” Jung continues. “I’m not even applying pressure, but just slightly using my finger to lift Seung Min up. I’m literally doing nothing, just slightly touching him.”

“It takes off about a pound,” Seung Min shockingly responds.

“Let’s say the required weight was 143 (pounds), and with the underwear off, the fighter weighed in at 142, I would go ahead and suspect that something is off if you find the fighter’s second standing behind them,” Jung continues. “Dropping to 142 from 143 all because a fighter removed a piece of clothing is very rare.

“The underwear does not weigh one full pound.”

Later in the video, Jung applies more of a push to Seung Min, and it shockingly takes nearly eight pounds off the scale.

Zombie also discussed about common techniques like grabbing the towel. Also fighters resting their elbow on the coach/teammate beside them.

Right off the back, the UFC 210 towel gate example comes into mind. Then light heavyweight champion Daniel Cormier stepped on the scale weighing 206.2 pounds. However after stripping completely, he weighed in at 205 pounds. On further observation it was clearly noted that Cormier grabbed the towel. (via YouTube):

A similar story happened with featherweight Hakeen Dawadu who can be seen slightly resting his hands on the towel. (via Twitter):

He may have needed the towel, but Hakeem Dawodu hits the featherweight mark ahead of #UFC240.

Another controversial case was of former interim title challenger Kelvin Gastelum recently at UFC 244. Gastelum was seen and later penalized for slightly resting his elbow on his coach. However he denied to have done so. (via YouTube):

In a rather comic video, Bellator’s Sergio Da Silva tried to cheat the scale. However it was by not standing on the scale properly. (via YouTube):