Boxing: Kovalev vs. Mikhalkin and Bivol vs. Barrera on HBO this Saturday 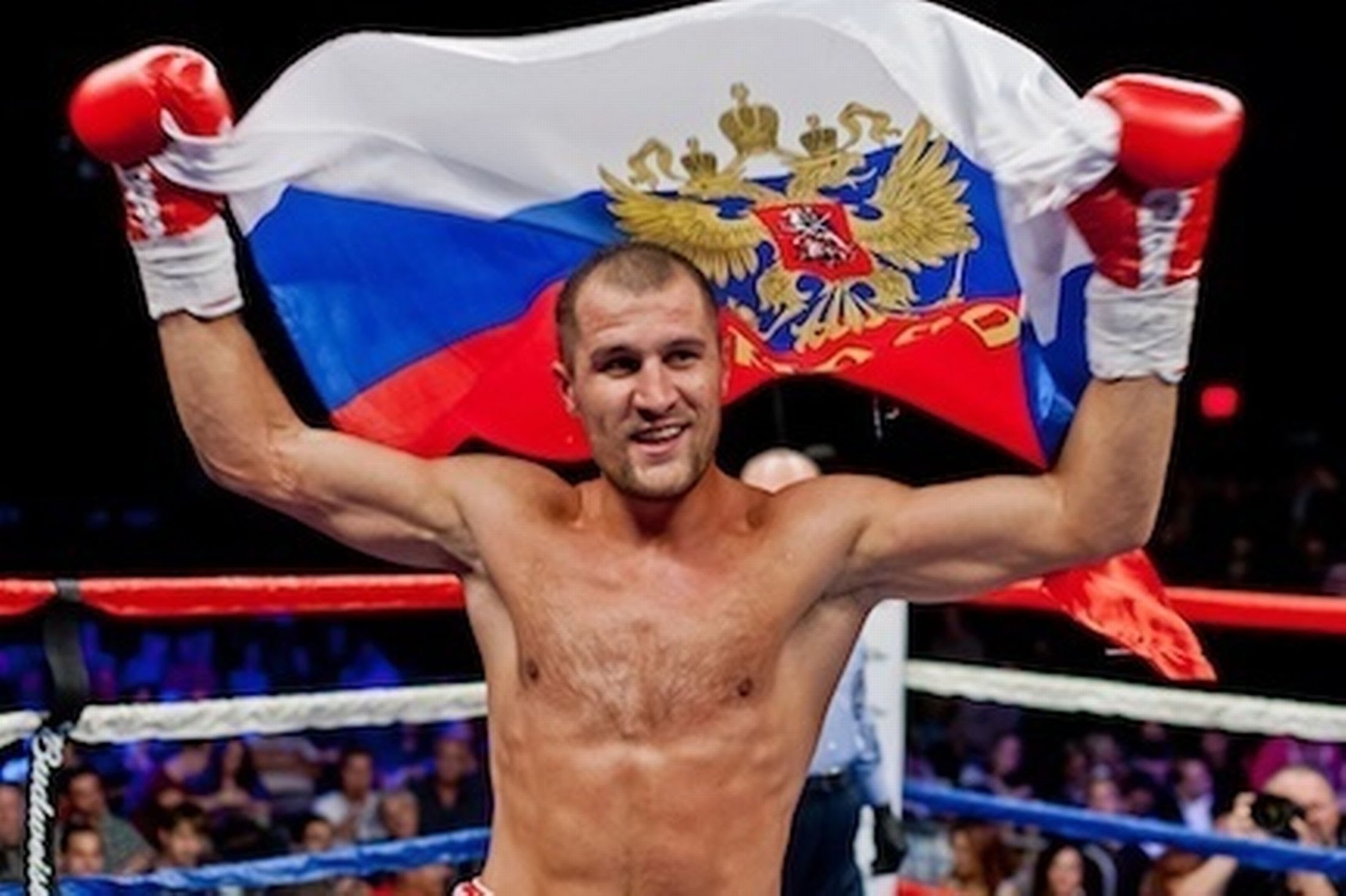 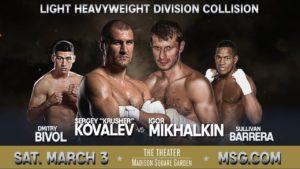 Sergey “The Krusher” Kovalev continues his rise back to the top of the light heavyweight division when he returns at Madison Square Garden Theater on March 3rd to defend the WBO Light Heavyweight World Title versus southpaw Igor Mikhalkin, originally of Irkutsk, Russia, now fighting out of Hamburg, Germany.However, ‘The Krusher’ came unstuck in November 2016 after a controversial unanimous decision loss to Andre Ward, his first professional defeat.Sergey Kovalev was then stopped in the rematch last June, before Ward retired as a pound-for-pound superstar.The 34-year-old Russian reclaimed his title last Thanksgiving weekend on HBO when he overwhelmed Vyacheslav Shabranskyy en route to a second-round knockout victory where he reclaimed his old WBO world Light Heavyweight title back after the surprise retirement of Andre Ward.In a interview to HBO Boxing Sergey Kovalev said “I really enjoyed fighting at Madison Square Garden in November. It feels like my home. I’m very excited to go back to MSG and to fight on HBO. Everyone should to have a great time watching my fight!”

Igor Mikhalkin (21-1, 9 KOs) has won 10 fights in a row since suffering his sole career loss in 2010. Last time out in December, the Germany-based Russian outpointed Doudou Mgumbu to pick up the lesser regarded IBO belt to set up a shot at Kovalev.When HBO asked about his upcoming title shot against Kovalev, Mikhalkin replied, “It is a great honor for me to fight in the United States. This will undoubtedly be the biggest and hardest fight in my career. Kovalev is for me the strongest man in this weight class. But I feel ready. The fight against Kovalev comes at the perfect time. I feel stronger than ever and I want to show the American boxing audience a great fight.”

In the co-main event, dominating light heavyweights square off when undefeated Dmitry Bivol (12-0, 10 KOs) defends his WBA light heavyweight title against the top contender from Cuba Sullivan Barrera (21-1, 14 KOs) in a scheduled 12-round showdown. Bivol, 27, originally from Kyrgyzstan and now hailing from St. Petersburg, Russia, has quickly climbed to the top of the division since turning pro in 2014. Knocking out all but two of his opponents, the champ fought four times in 2017 and has set himself up for his biggest fight yet.The heavy-handed 27-year-old won the Russian National Championships twice and his record as an amateur was 268-15.

Barrera, 35, in his last fight scored an exciting points victory over Felix Valera on the undercard of HBO’s Thanksgiving weekend event.His only loss came to Andre Ward in March 2016, but the Cuban is a classy operator and bounced back nine months later by stopping Shabranskyy in seven rounds. Barrera also outpointed Joe Smith Jr last July.

Following Ward’s retirement, the Light-Heavyweight division has been blown wide open.The winner of the main event and Co main event could end up fighting later this year on HBO.