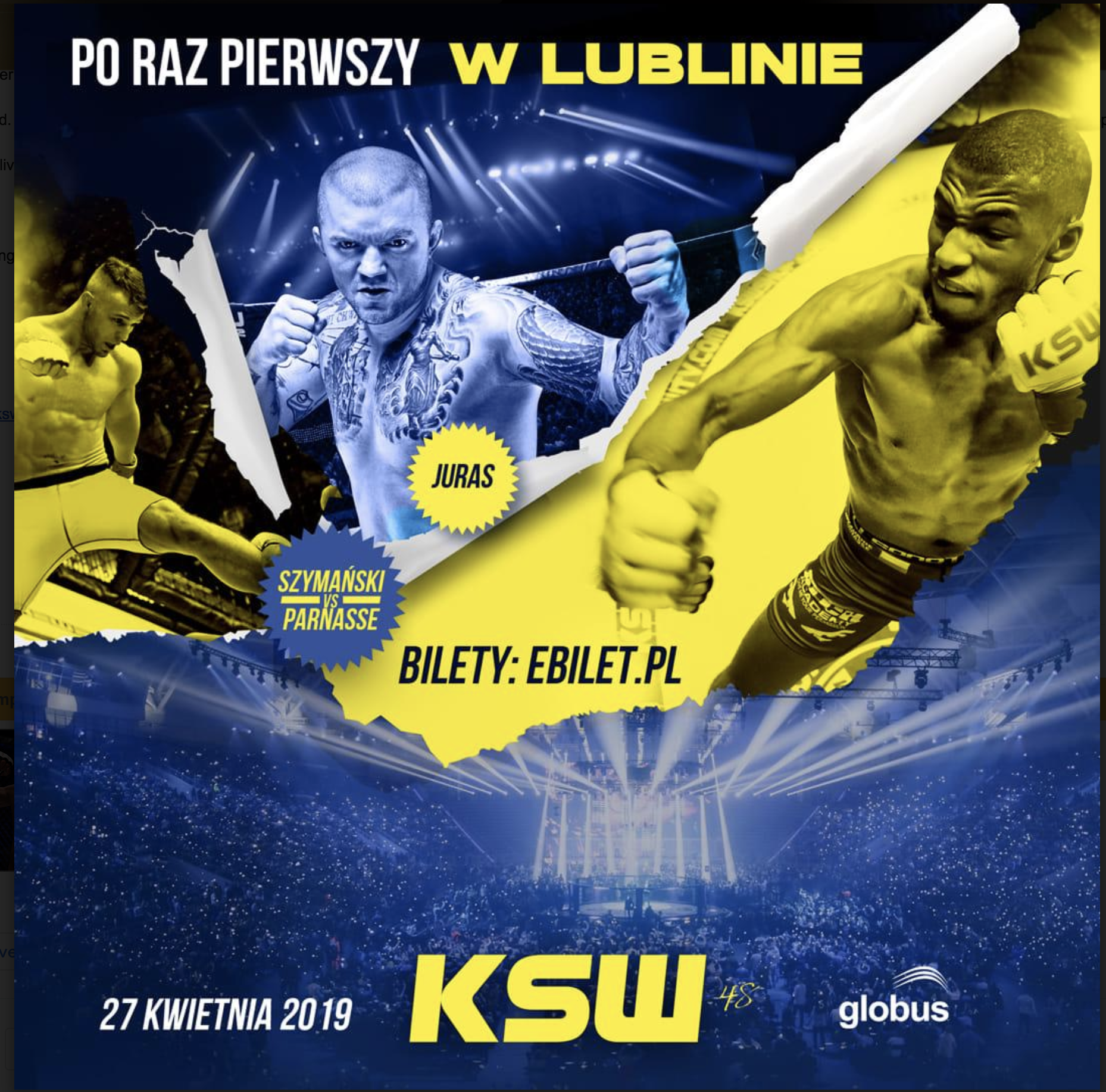 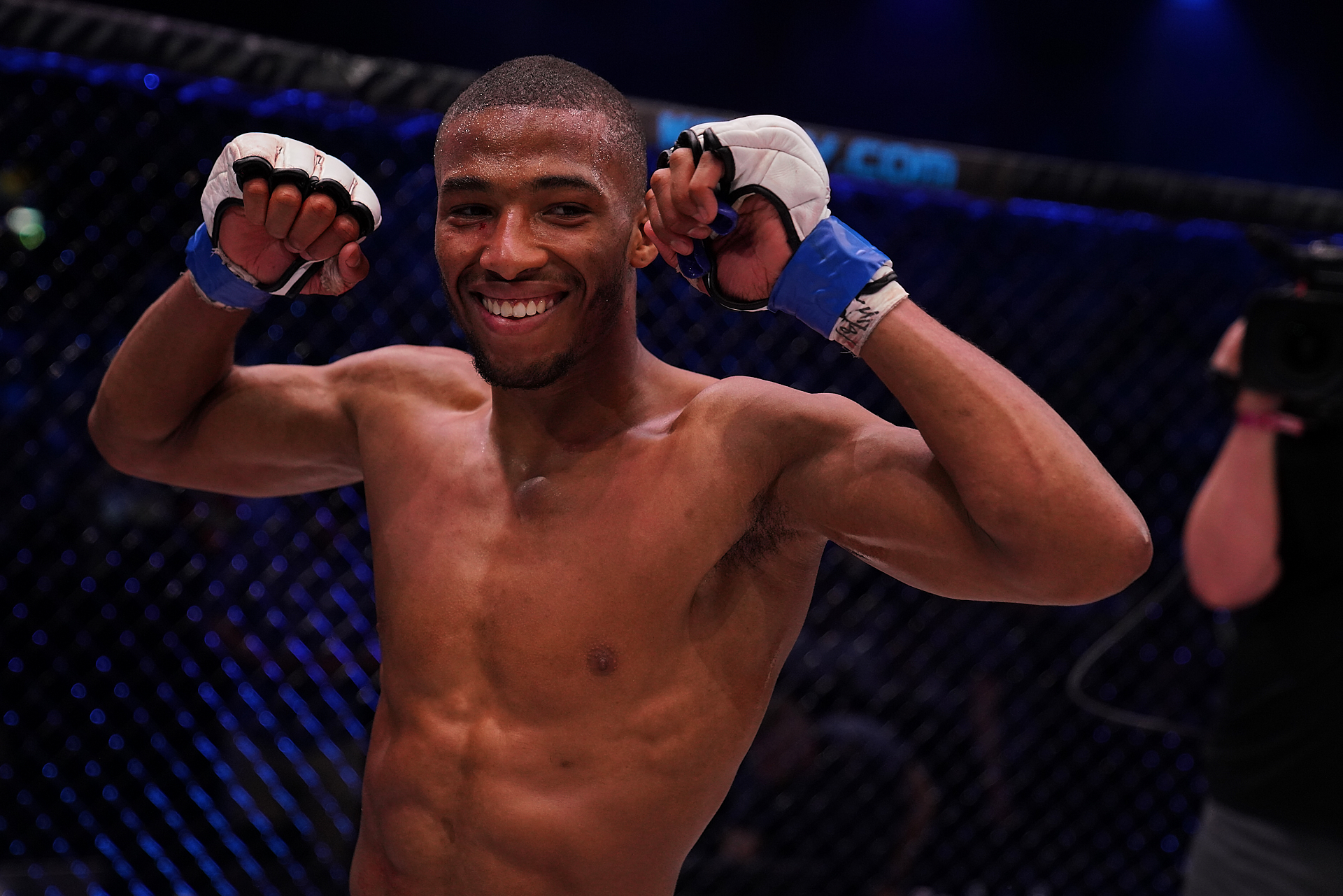 Salahdine Parnasse vs. Roman Szymanski for the Interim Featherweight Title at KSW 48
Two of Europe’s top prospects in the featherweight division will get a massive opportunity at KSW 48 on April 27 as undefeated French sensation Salahdine Parnasse (12-0-1) faces top Polish prospect Roman Szymanski (11-4) for the interim KSW featherweight title in the main event.
At just 21-years-old, Salahdine Parnasse has already made a huge impact in his MMA career. After going 9-0-1 and registering wins around Europe and as far as China, Parnasse made his KSW debut with an impressive decision win over Lukasz Rajewski at KSW 41. This performance then earned him a huge test and a match-up with former KSW champion Artur Sowinski at KSW 43 and it was a test he passed with flying colours as he coasted to a unanimous decision win. Then at KSW 46 Parnasse faced Marcin Wrzosek, another former champion and UFC veteran, and once again proved he was up for the task with another fine unanimous decision win in what was the biggest fight of his young career.
Looking to stop the undefeated Frenchman in his tracks and to realise his own dreams of becoming KSW champion is Roman Szymanski. The 25-year-old has went 3-1 in KSW since signing at the end of 2016. After losing his first two professional bouts Szymanski then went on an impressive 8-1 run on the Polish scene. This earned him a call up to KSW and he has not looked back with wins over Denilson Neves, Sebastian Romanowski, and a ‘Fight of the Night’ winning performance against top Brazilian Daniel Torres in his last fight at KSW 46 in December.
“With Mateusz Gamrot holding the featherweight and lightweight titles we anticipated that this situation might happen. Gamrot’s next title defense will be at lightweight and we did not want to hold up the featherweight division,” said Wojslaw Rysiewski, KSW Director of Sport. “Both Parnasse and Szymanski have earned their spots in challenging for the title so we are very excited to see these two face each other. They are two of Europe’s top young talent at featherweight.”
Almost fourteen years after they first fought, veterans Lukasz Jurkowski (16-11) and Stjepen Bekavac (19-9) will run it back in the co-main event of KSW 48.
A young Lukasz Jurkowski made his professional MMA debut at KSW 1 fifteen years ago. That night he beat three other men in a gruelling one-night tournament and would go on to reach the finals of the KSW 2 & 3 tournaments as well as competing in most of the subsequent events until his retirement at KSW 15 in 2011. He had fought some of the best in Europe, became a huge star in Poland, and registered wins over the likes of Igor Pokrajac, Moise Rimbon, and Atilla Veigh. Following his retirement he stayed involved with KSW becoming a commentator and doing presenting on TV in Poland.
However, his retirement lasted six years until KSW 39. The thoughts of competing in front of 57,766 people at the National Stadium in his native Warsaw proved too much for the 37-year-old and he came out retirement to beat MMA veteran Sokoudjou. He followed this up with a rematch with old rival Martin Zawada in 2018, which was unfortunately stopped early due to an injury, and now he is back to compete once more in the KSW arena.
Like Jurkowski, Bekavac is a veteran of the European scene. Making his debut in 2005, the Croatian has registered wins over the likes of Martin Zawada, Eddie Sanchez, and Vitaly Shemetov. Now the 36-year-old will make his first appearance in KSW and will be looking to score another win over Lukasz Jurkowski fourteen years after they first fought.
KSW 48 will be on free to air TV in Poland. Last year the corresponding KSW 43 event made huge TV ratings with 1.3 million people on average tuning in to watch the event and a peak of 1.5 million people in Poland alone.
The event will also be available to watch live around the world via online PPV on www.KSWTV.com.