Kumite 1 League launches with a bang!!

Indian MMA saw the growth of another professional MMA promotion with the launch Kumite 1 League on 29th of September, 2018 at NSCI Dome, Mumbai. The first event under the banner saw Team India pitted against Team UAE with a unique scoring format seen first time in MMA and also a combination of the ring and the cage also known as the ‘Rage’. The event also featured as the brand ambassador boxing legend and World Champion ‘Iron’ Mike Tyson. Tyson sat ringside and enjoyed the action packed night in the company of celebrities of Bollywood and other famous personalities.

The prelims featured Abhilash Raut winning by a devastating knockout and Kushal Vyas winning by a crafty submission both in the first round. In the undercard, Govind Ale scored a blistering knockout, while the veteran Haydar Hassan defended Wadekar’s takedown attempts and punished him with a quick knockout. 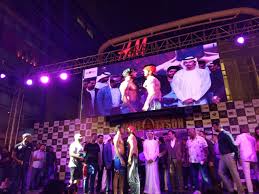 In the best fight of the night,veterans Paulo ‘Bananada’ Silva and Leandro ‘Buscape’ Silva put on a great show with a back and forth contest. The shape of the fight changed many times with the fight ending 12-11 in favour Leandro Silva.

Team India won the event with the majority of its fighters winning against their Team UAE counterparts. The arrival of Mike Tyson and the unique format of scoring and the ‘Rage’ has succeeded in getting Indian MMA some mainstream attention and with international promotions looking at entry into the Indian markets, the time is not far where India would be major force in the MMA universe.